The first weekend in February brings a very special event to Launceston in the form of Festivale. Our first experience was in 2009 soon after relocating to Tasmania and, even though we had good intentions, we hadn’t attended since. This year we couldn’t resist the drawcard on the music menu. Festivale was launched in 1988 as a big street party in the CBD as part of Australia’s bicentenary celebrations. After seven years in the CBD, the annual event moved to City Park, showcasing Tasmanian gourmet food, wine, beer, cider and spirits along with entertainment by local and interstate artists. Unfortunately, the weather gods did not cooperate this time. We arrived for the 10am opening armed with raincoats and umbrellas and, resisting the temptation at the myriad stalls, sought a hot chocolate starter. 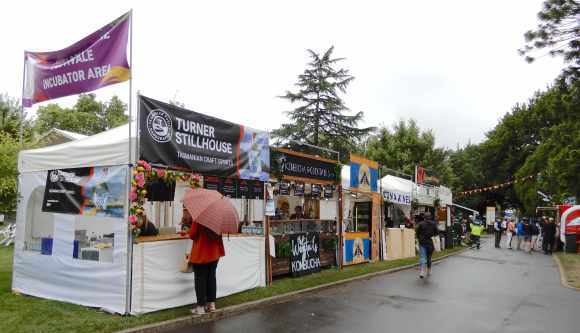 The sounds of jazz filled the park as the Ross Challender Big Band defied the elements,

their melodies accompanied our survey of produce on offer.

Ample seating, hoping to deflect the rain, awaited in anticipation of the crowds to come.

I was more than a little disconcerted when the local constabulary accused me of having them under surveillance but with some smooth talking, I convinced the kindly Commissioner that I was merely there to enjoy the festivities. 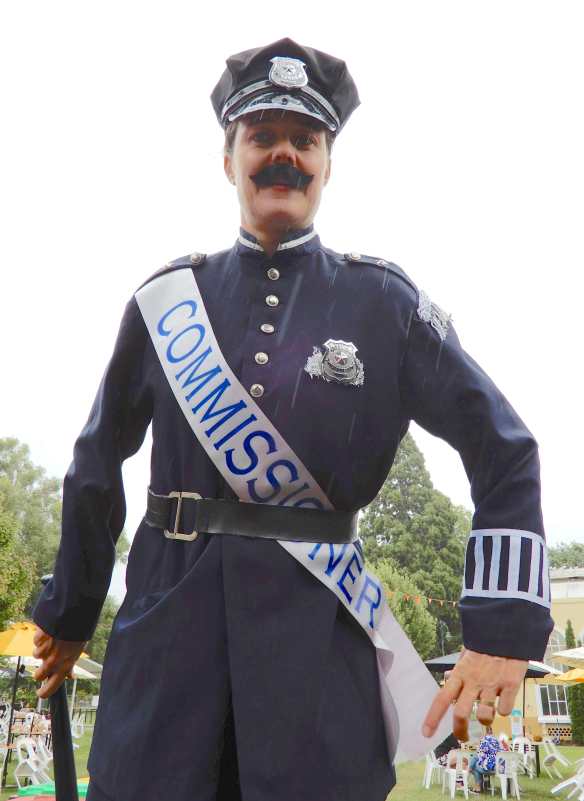 With wine in hand, we secured seats as the big band concluded their last number. 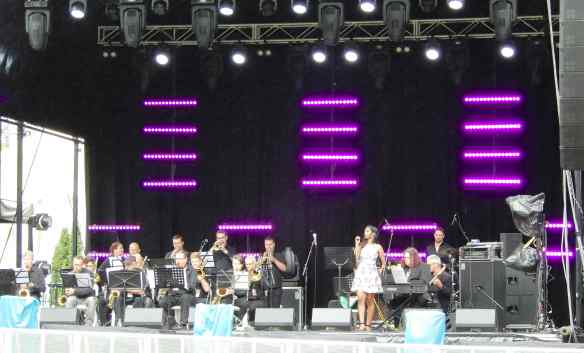 The Dave Adams Band changed the tempo and rocked for the next hour before Russell Morris took to the stage. Yes, Russell Morris, Australian rock legend, stirred the gathering with his stalwarts from the early years (I remember The Real Thing from 1969, how can it be that long ago?) as well as his more recent melodies. Natures canopy that had sheltered us from the rain earlier was now shielding us from the sun

as the crowd eagerly awaited the main attraction. 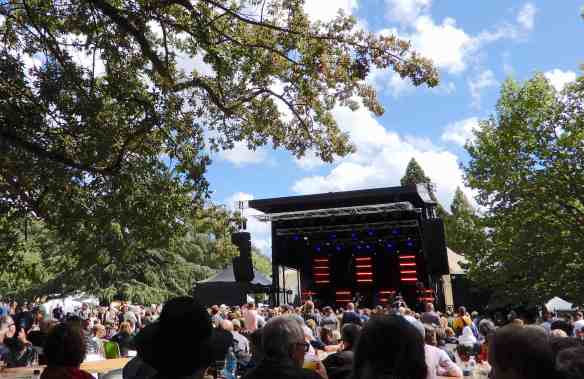 The Whitlams have been one of our favourites since their inception nearly thirty years ago yet we had never seen a live performance. They didn’t disappoint and hopefully we will have the opportunity to see them again soon (if you think there are a lot of photos of Tim Freedman, you are absolutely right). 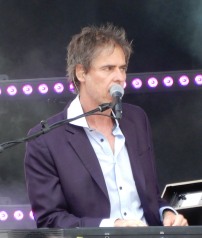 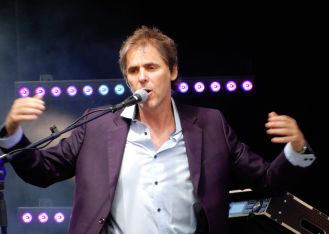 We left our empty friends 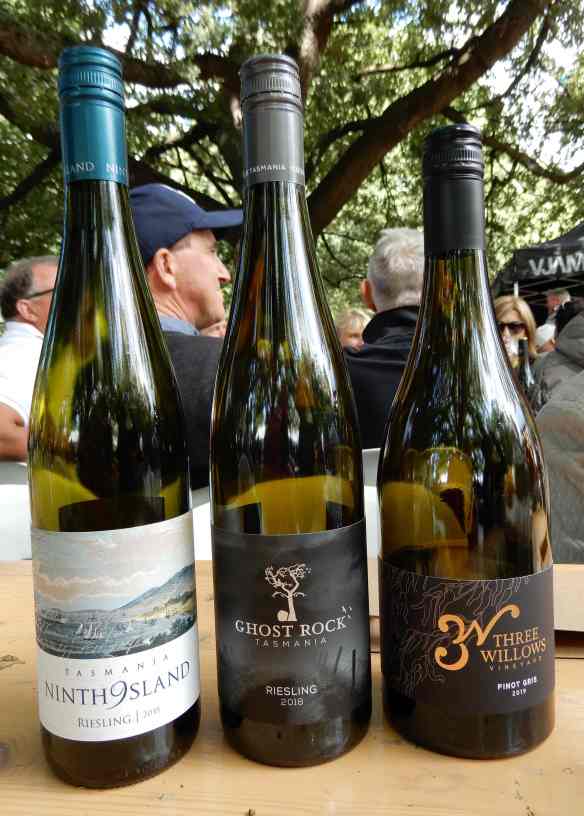 and strolled the short distance to our hotel to indulge in a nanna nap before dinner.