In 1973, Paul Simon released the song, ‘Kodachrome’ and I distinctly remember his notion that “…everything looks worse in black and white.” I decided to put this to the test on a recent trip to Melbourne. I have always found something fascinatingly enigmatic about monochrome photographs, perhaps it’s the invitation to look closer to discern images less obvious. The London plane tree below our apartment window does seem to lack something without the verdancy,

and the food looks a little less enticing. 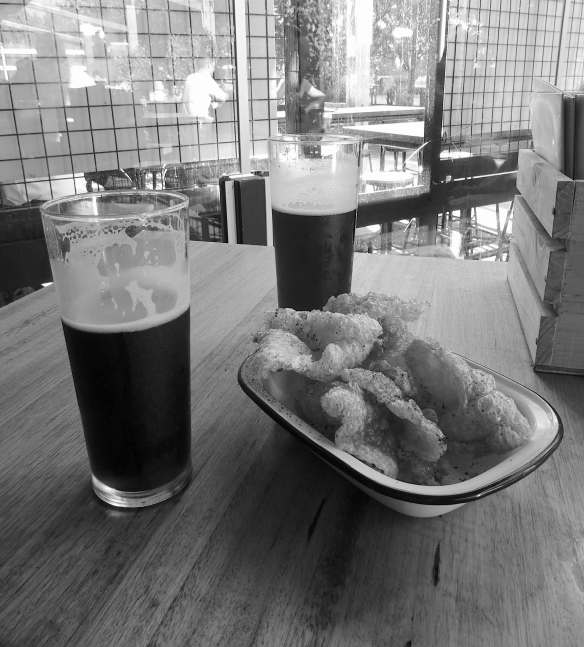 We wandered along Southbank, the late afternoon sunlight glinting off the water. The bar on Ponyfish Island seems to be perpetually crowded. 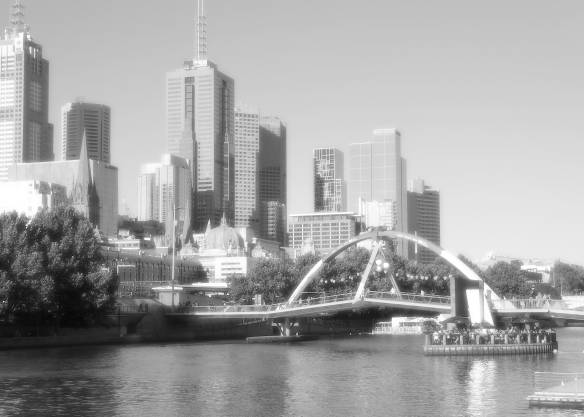 It was a perfect evening to be out on the Yarra 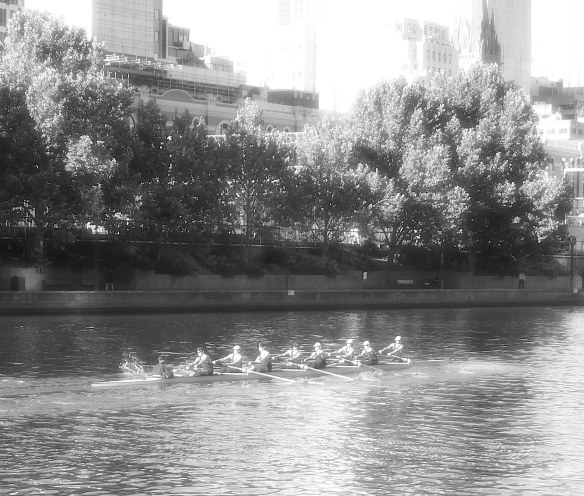 or to sit with a beverage and just observe.

Friends, lovers and loners were enjoying the ambience,

as the sinking sun danced on the leaves of the plane trees. 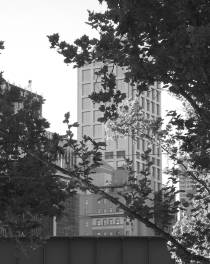 The next morning, we crossed the pedestrian bridge

The buildings are just as impressive without colour

and the reflections mesmerising 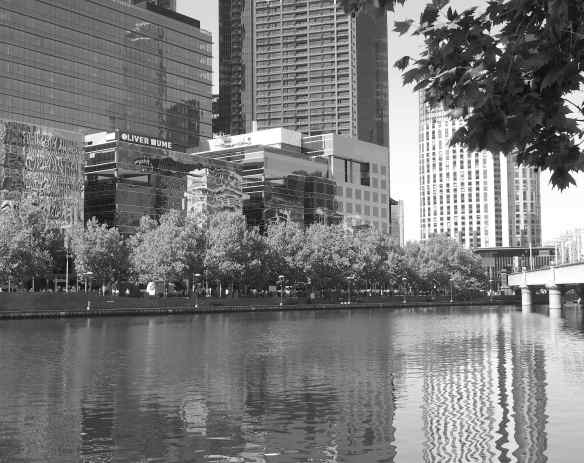 as we strolled along Flinders Walk.

We passed Sandridge Bridge, The Travellers sculptures telling stories of past immigrants to Australia. 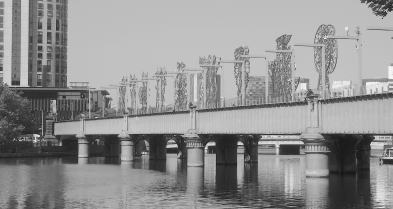 Someone had kindly left birdseed for our feathered friends.

The rowers were being pursued by a lone gull – or so it seemed.

I wonder if this cormorant could smell the fish at the Sea Life Aquarium across the river. He looks like a statue against the abstract motion of the water. 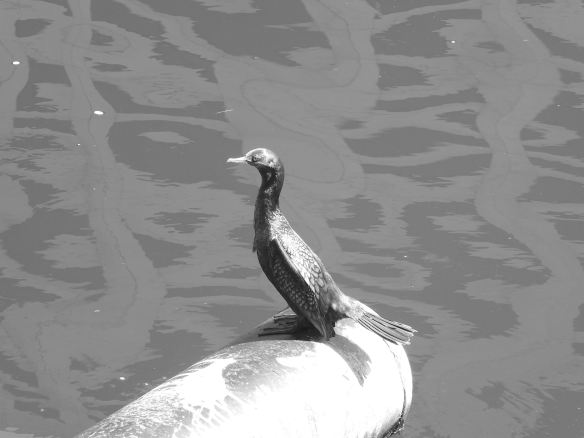 Not far past Seafarers Bridge 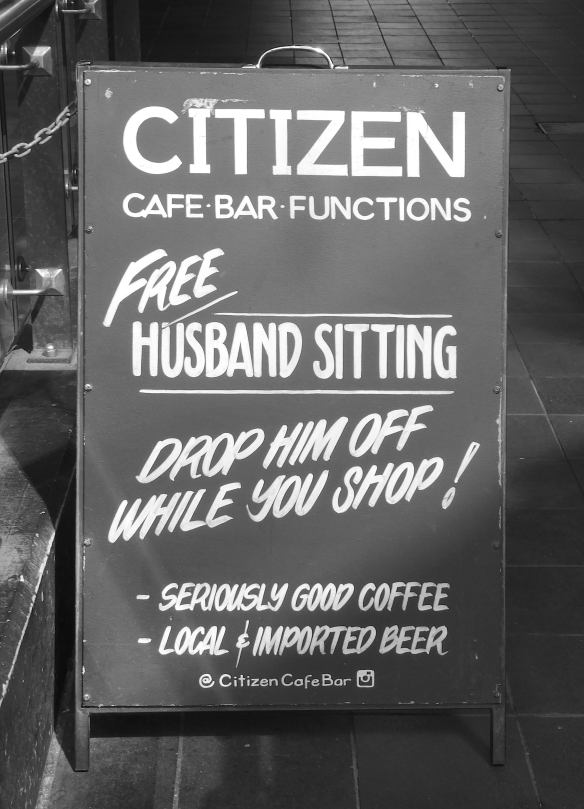 Interestingly, when Paul Simon recorded his concerts in Central Park in 1982 and 1991, he changed the lyrics to “…everything looks better in black and white.” You can decide for yourself.