A scenic thirty minute drive from Montepozzo, the Etruscan hilltop town of Orvieto was the perfect destination for a day trip. Vertical tufa cliffs support the ancient buildings in spectacular fashion and the remains of original defensive walls are still standing.

After parking the car in Piazza Marconi, we walked a short distance to Piazza del Duomo, a huge square dominated by the magnificent Orvieto Cathedral. Not surprisingly, the construction lasted three centuries from the laying of the flagstone in November 1290.

The design and style evolved from Romanesque to Gothic as it progressed, the side walls are a striking contrast of white travertine and grey basalt stone.

The golden façade is stunning with intricate designs and detail and four bronze statues of the Angel, the Lion, the Eagle and the Ox symbolise the Evangelists. The three bronze doors, depicting mercies from the life of Christ, replaced the original wooden doors in 1970. Above the middle door, the sculpture of the Madonna and Child was created in 1347. 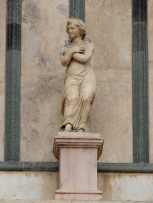 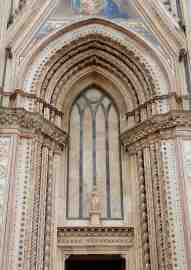 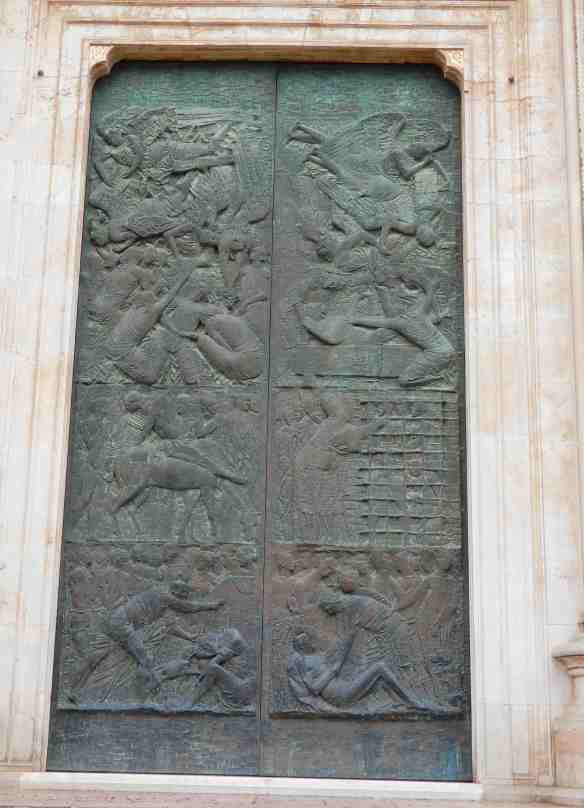 We didn’t go inside the cathedral, we had tickets for a tour underground instead but that’s another story. Orvieto has a strong papal history with five popes taking refuge there during the 13th century. Palazzo Soliano was built in 1297 and once a papal residence, is now home to the Museo Emilio Greco, dedicated to the artist who designed the cathedral doors and showing 100 of his works. 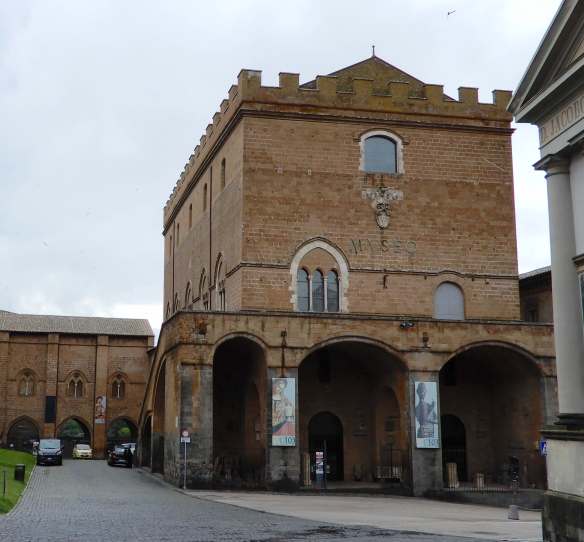 The small Church of San Giacomo all’Ospedale is now used as a venue for exhibitions. The building behind the church was a hospice for poor people and pilgrims established in 1187.

and a fascinating clock tower. Built as a time clock for the cathedral construction site, it was originally a sundial in 1347 because there was no mechanical clock available. The bronze automaton on top, the earliest documented clock in Europe, was added two years later. The figure swings its body and strikes the bell with its hammer on the hour to let the workers know when it is time to knock off. The medieval word for a construction site was muriccio, hence it is now known as Maurizio Tower.

We left the piazza and wandered along Via del Duomo past vibrant shops and intriguing alleys. 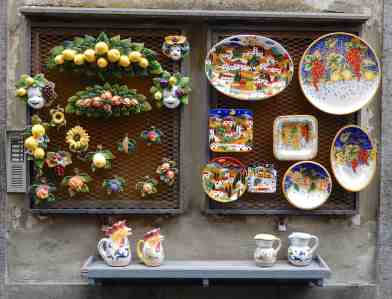 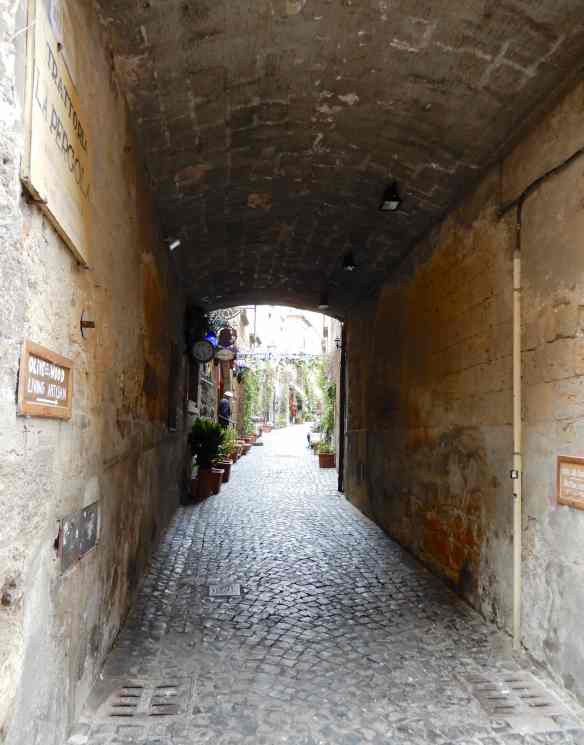 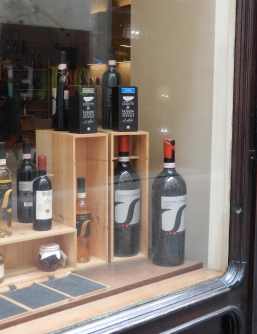 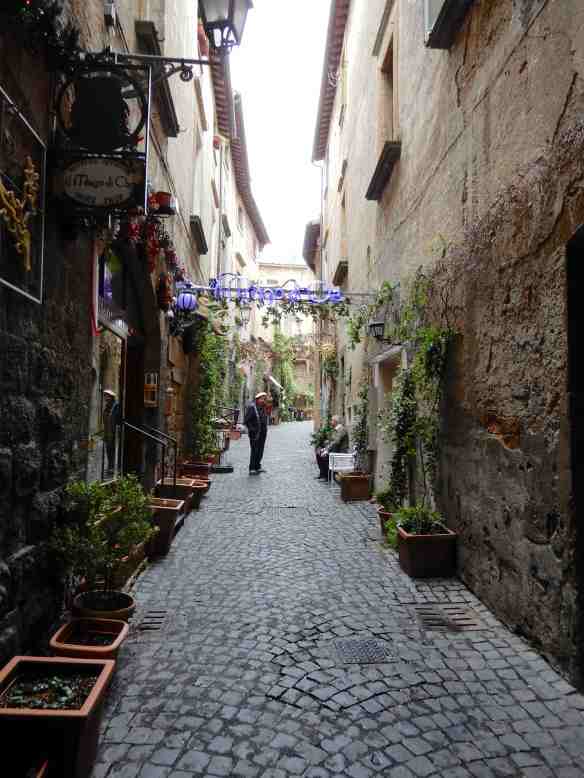 After quenching our thirst

we ventured on. Torre del Moro stands 47 metres high exactly in the city centre. Built by the Della Terza family at the end of the 13th century, we would certainly have climbed the 250 steps for a 360° view had we known. 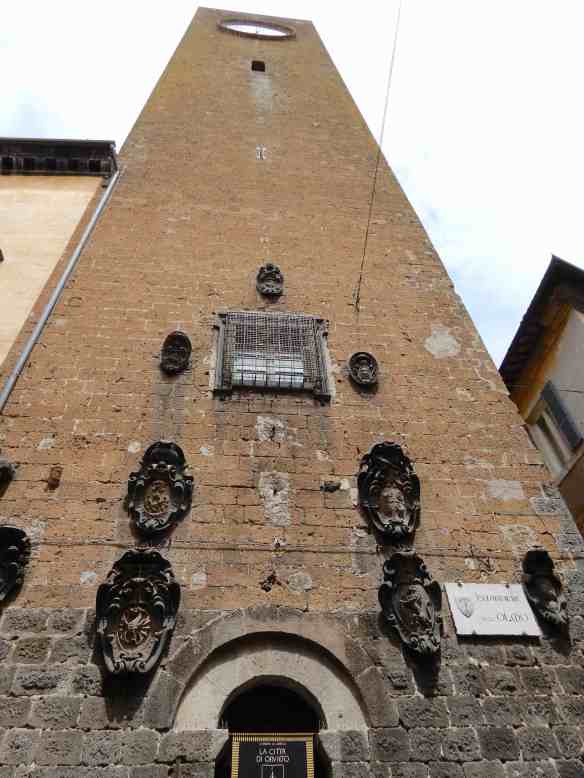 The Church of Sant’Andrea on the Piazza della Repubblica dates back to the 12th century and has a unique dodecagonal bell tower. 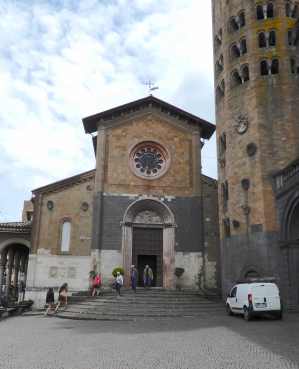 Adjacent to the church, the Town Hall is from the same era but has been enlarged and restored up until 1600.

We walked through the central arch onto Via Garibaldi, it seems no road is too narrow for the local buses. 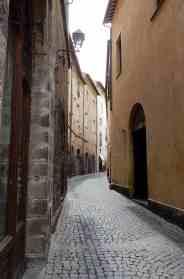 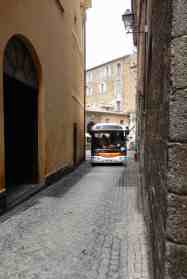 On the other side of the arch

we couldn’t resist lunch at Ristorante Il Cocco and the opportunity to sample one of Orvieto’s specialties, pigeon. 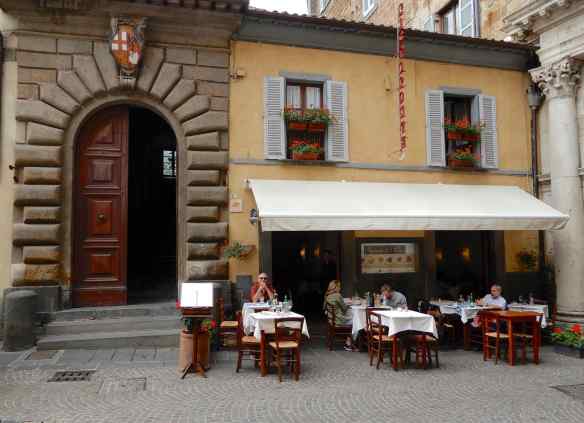 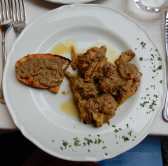 Deliciously sated, we continued along Via Garibaldi 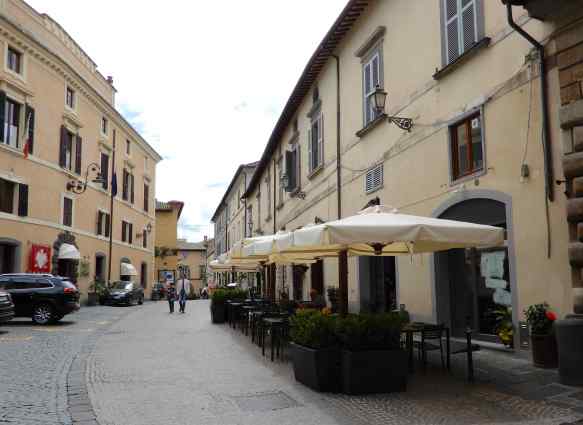 and wended our way down narrow, stone streets 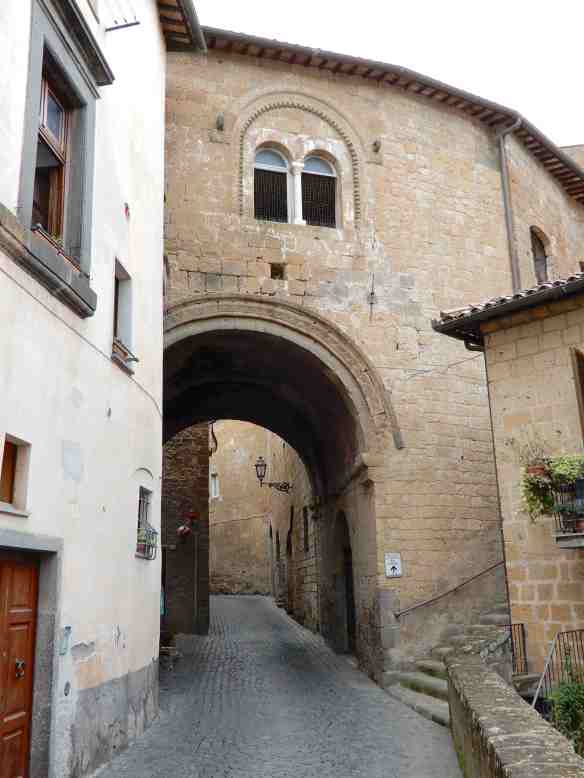 to the ancient church of San Giovanni and the piazza of the same name.

Just past the church, we followed the Vicolo Malcorini, 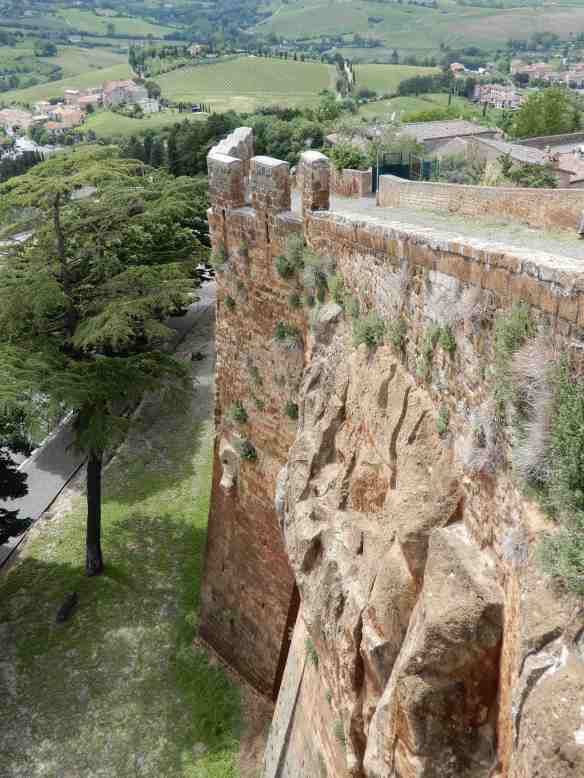 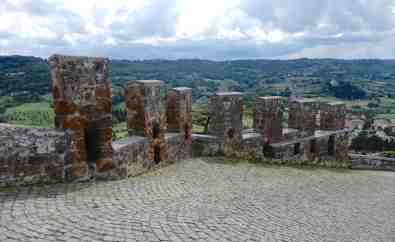 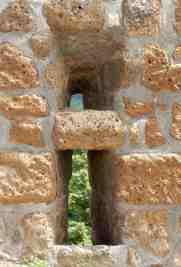 rewarded with stunning vistas to the left

and a tumble of homes to the right.

The Medieval Quarter is a maze of steep, narrow streets and houses seem to defy gravity atop rocky cliffs. 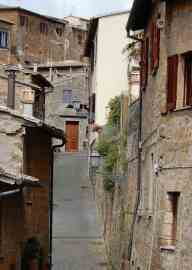 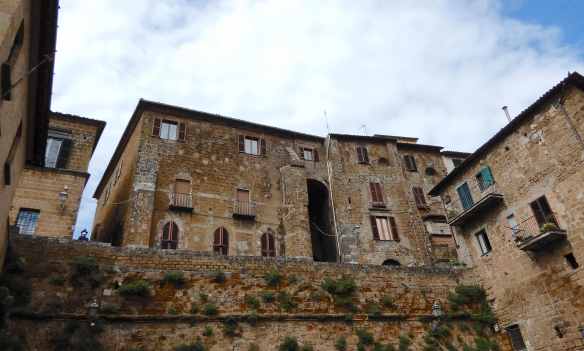 We explored further with the feeling we had stepped back in time, having both fallen in love with Orvieto. 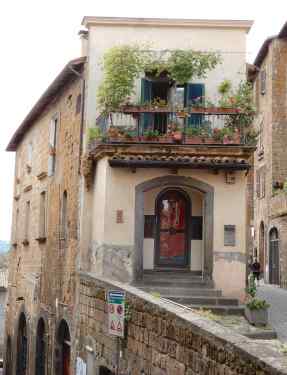 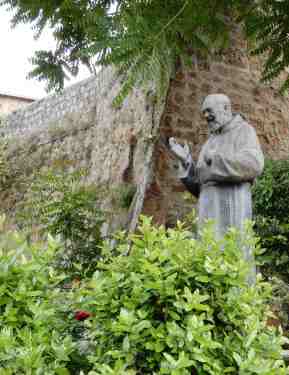