While in Orvieto, we signed up for the tour underground, a fascinating insight into the lives of the inhabitants thousands of years ago. At the end of the 1970s, a landslide opened up a large hole a few hundred metres from the duomo, tempting a number of speleologists (a new word I have learnt meaning someone who studies caves) to investigate. They found an incredible underground world, dug by hand out of the tufa beneath the town, that had been forgotten. The beautiful Umbrian countryside accompanied us as we made our way to the entrance of the caves. 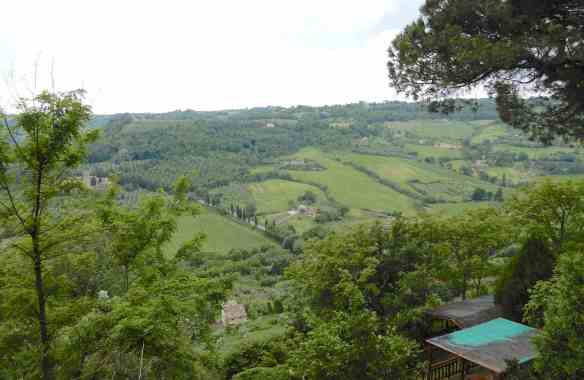 We found ourselves at the centre of medieval olive oil production, complete with millstones, a press, furnace and mangers for the animals working the grindstones.

Intriguing tunnels led in all directions, beckoning us to investigate further. 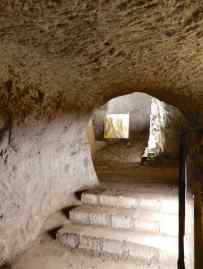 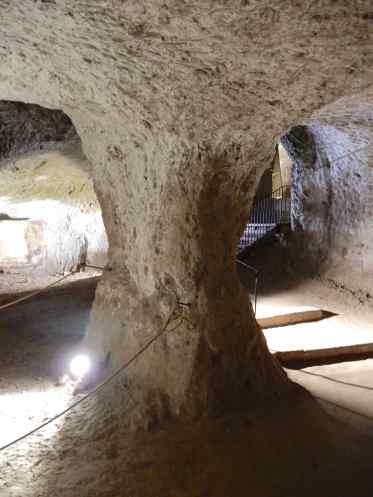 The Etruscans created cisterns for holding rainwater and very deep narrow wells in search of underground springs. There are small notches on the two longest sides called pedarole, footholds to enable someone to climb down and out again. 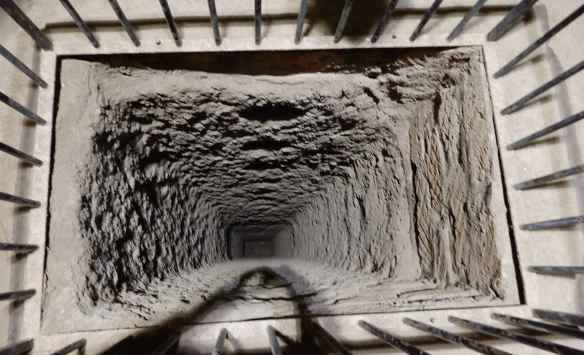 The tour continued, revealing more grottoes that had a variety of uses such as wine storage and pottery kilns, over twelve hundred have been discovered. 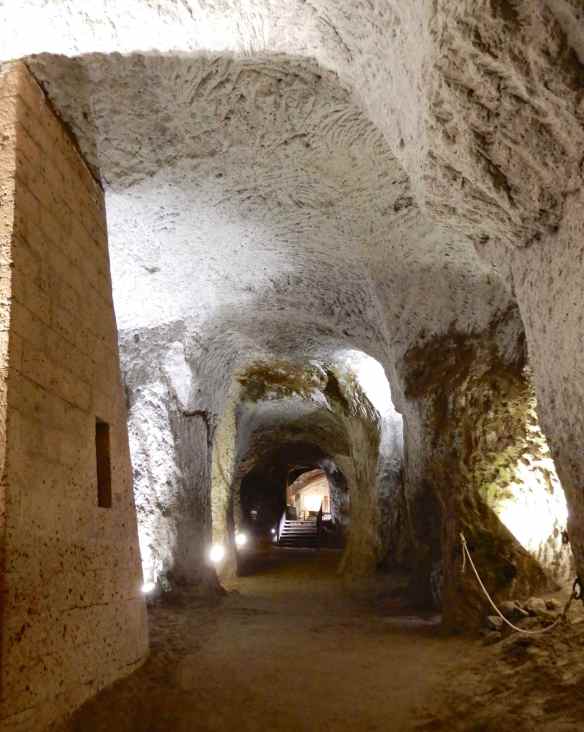 The walls of some were covered in small cubic niches created to breed pigeons, now a classic dish of the local cuisine. 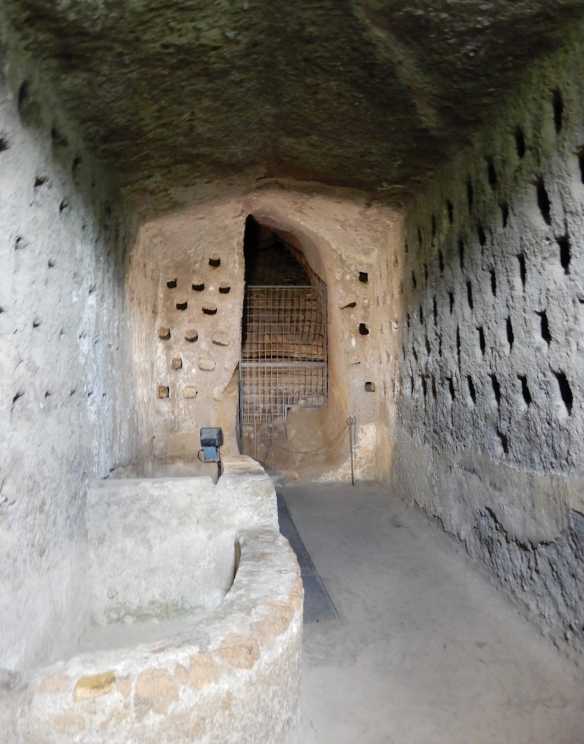 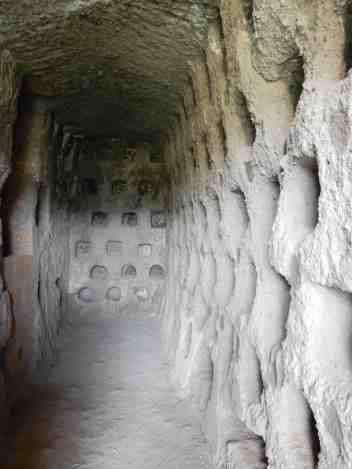 There are narrow tunnels at the back of the walls, just big enough for a person to pass on all fours. Unfortunately, their destinations remain unknown, the mystery secured by centuries of landslides. 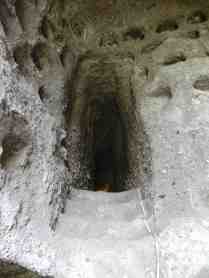 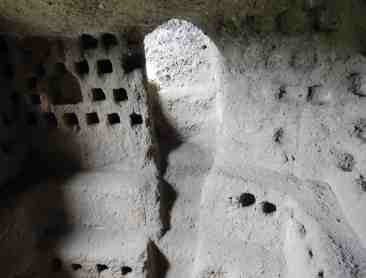 Every so often, light streamed in from openings in the cliff and we were treated to another glimpse of the spectacular vista. 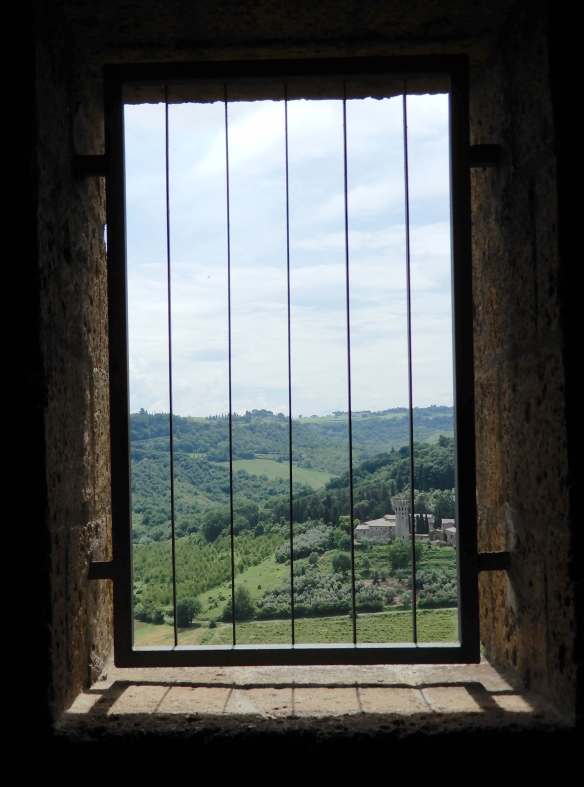 There seemed to be an endless labyrinth of tunnels, stairs and passageways intersecting in all directions. 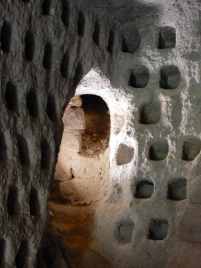 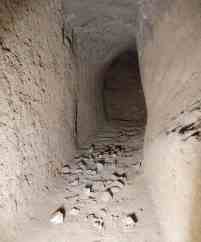 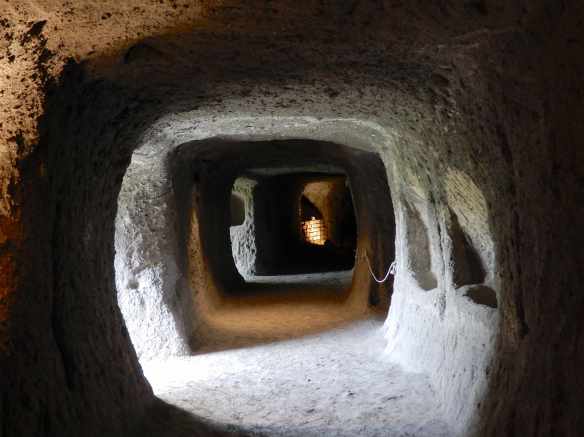 Thank goodness we had a guide, we may never have made it back.