One of the places on our list to visit while in Werribee was the historic 19th century mansion and gardens. When we discovered the estate included a hotel, we decided to indulge and stay the night. The Mansion Hotel evolved from the former St. Joseph’s Seminary adjacent to the mansion itself. Created in 1926, the college lay derelict for nearly thirty years from 1972 when students were moved to a new campus. Rescued and restored, the boutique hotel opened its doors in June 2000.

Period features have been retained, with a contemporary twist for the lounge areas of the reception foyer.

The library was once part of the chapel, the original stained glass windows complement the rich surroundings, 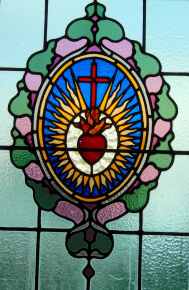 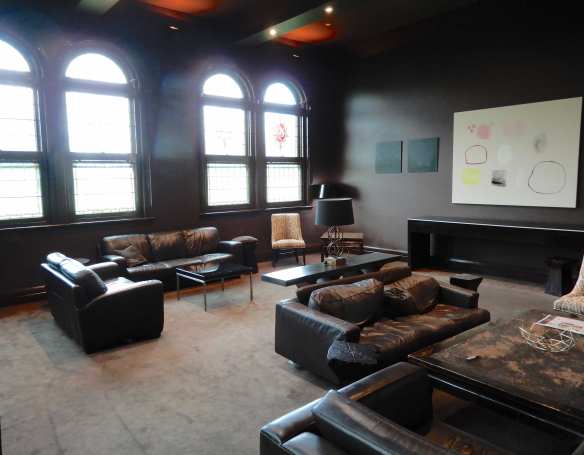 the snooker room is equally inviting. 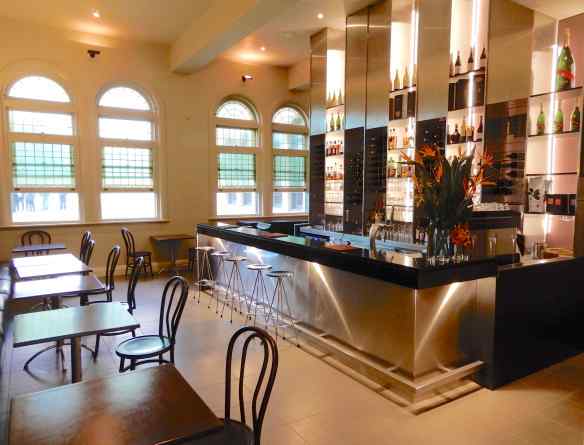 and the setting of tables in Joseph’s restaurant was imminent. 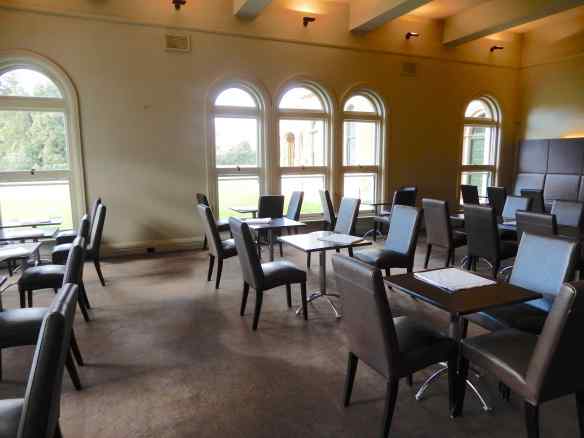 The hotel comprises classic heritage rooms as well as deluxe accommodation in the new spa wing.

and across a walkway

we found our very comfortable room.

The shadows were lengthening as we set off to explore,

the evening sun highlighted the mansion in all her splendour. 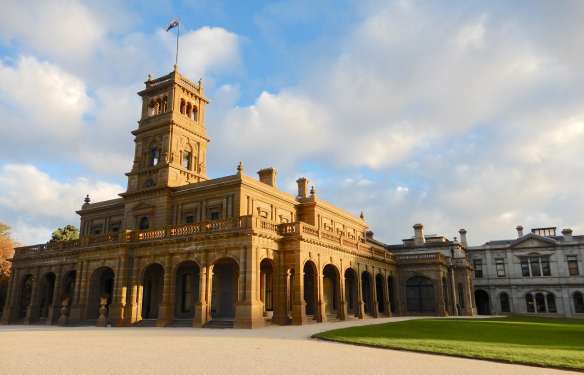 A rather stunning door

leads to the rear and a  different perspective of the palatial buildings.

We returned to the hotel

to prepare for dinner in Joseph’s Restaurant, named in honour of the seminary. The menu changes with the seasons to take advantage of the produce grown in the heritage vegetable gardens of the estate as well as the wild and native foods available. Sprouted rye sourdough was accompanied by smoked organic butter and pepper-leaf oil from the Mansion’s ancient peppertrees. 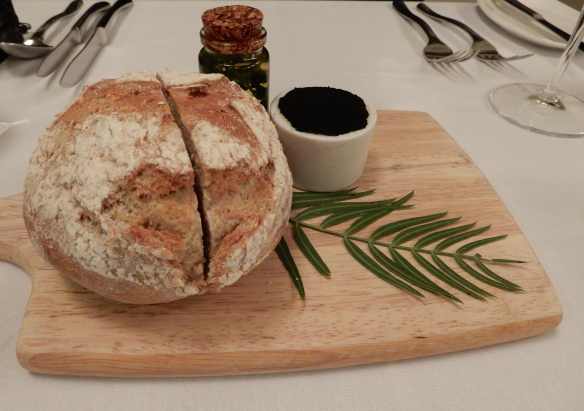 and, even though the servings weren’t huge, we barely had room for the warm mulled wine.

Fortunately, the perfect end to a fabulous day was only a staircase away.

4 thoughts on “The Mansion Hotel”