The Black Spur Drive is a thirty kilometre stretch of road between Healesville and Marysville in the Yarra Ranges. The meandering course, with sharp bends and gentle gradients, promises spectacular scenery along the way. Towering mountain ash trees rise above a lush forest of tree ferns. 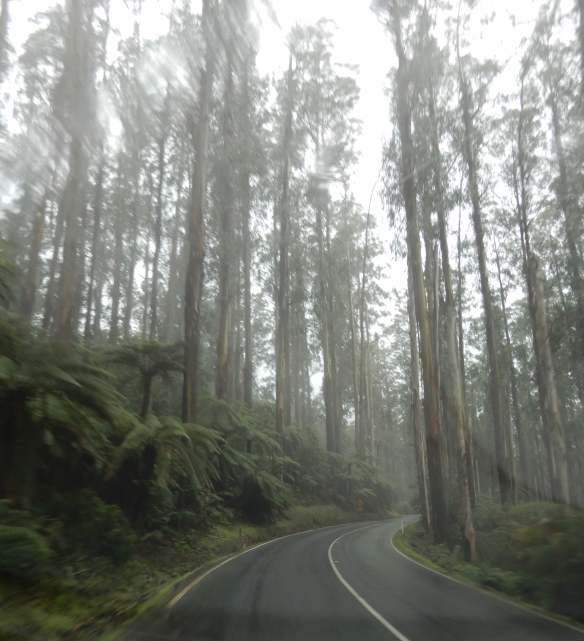 Unfortunately, our scenic drive didn’t go quite as planned thanks to the weather gods, although the rain and mist didn’t dampen the beauty of nature. 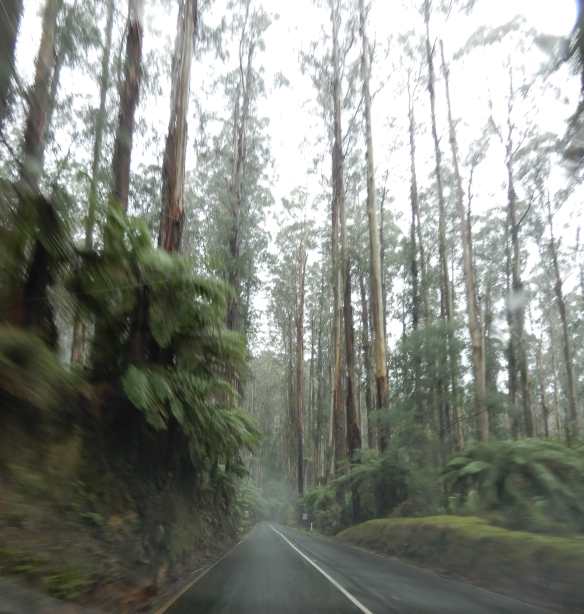 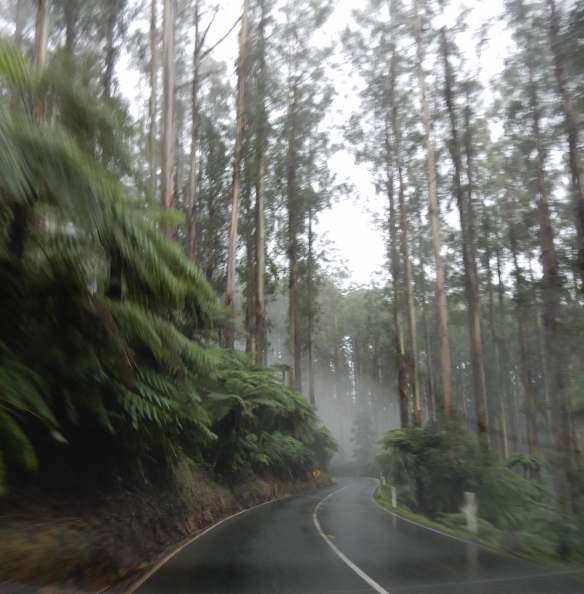 Originally known as ‘The Blacks’ Spur’, the road follows the route taken by displaced indigenous people to Coranderrk Aboriginal Station in the late 1800s. 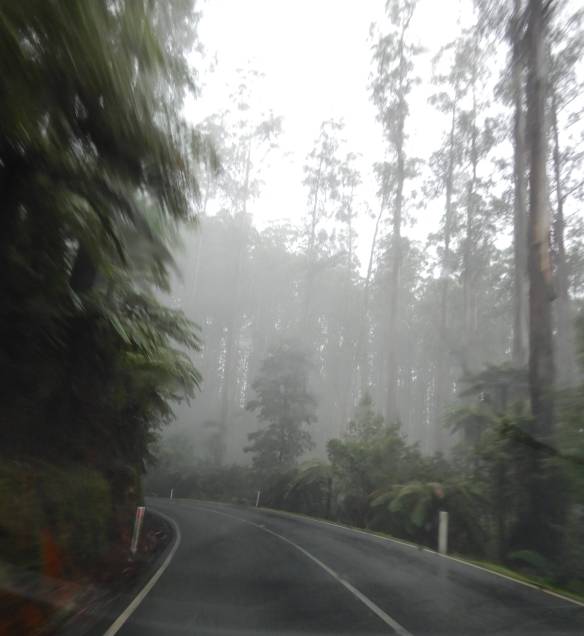 Horse drawn coaches also carried miners and settlers to the goldfields along this section of the old Yarra Track. It became popular for tourists and photographers and a bus service, operating two twelve-seater Buick charabancs, was introduced in 1916. 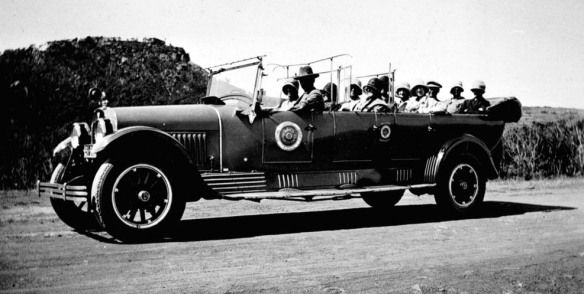 We resisted the suggestion in the tourism brochure to, “roll down the windows and experience fresh crisp air any time of the year”, and had to settle for photographs through the car window. 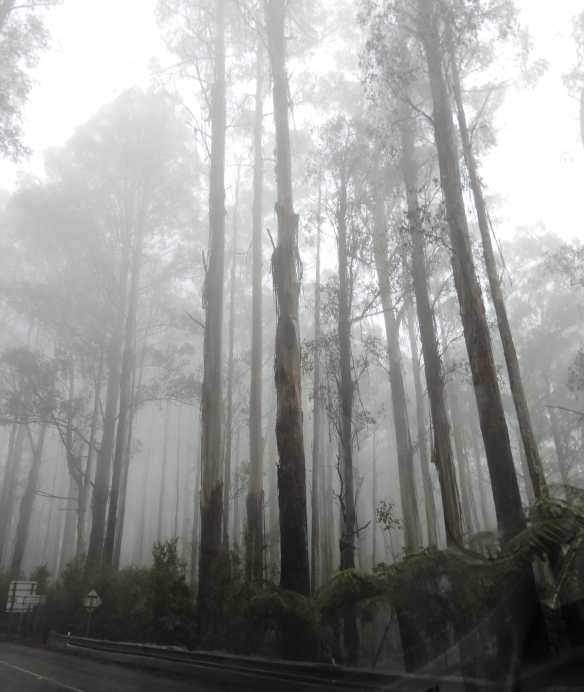 Our destination of Marysville is home to one of Victoria’s highest waterfalls, nestled in native forest in the surrounding mountains. 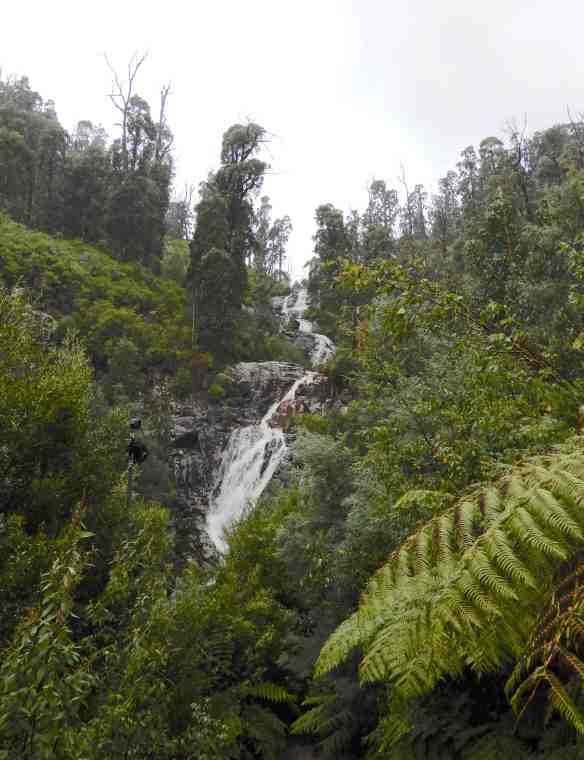 Steavenson Falls are named after John Steavenson, the Assistant Commissioner of Roads and Bridges who first visited the site that is now Marysville, in 1862. Opinion on the actual height of the falls seems to be divided, some claim 122 metres while others suggest 84 metres. Either way, there are five cascades, the last one descending 21 metres into a small rock pool. 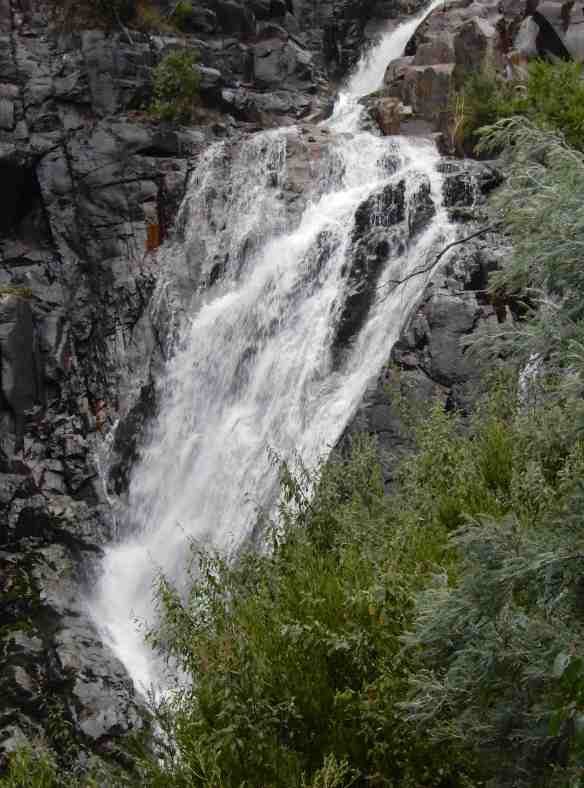 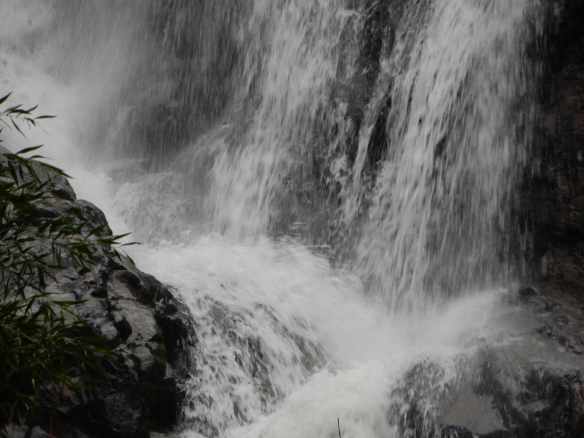 Residents first cut a track to the falls in 1866, it is now an easy walk from the car park to see natures wondrous display. The weather wasn’t conducive to walking to the viewing platforms below or above the falls, I’m sure it would have been spectacular. The falls are floodlit until 11pm each night, a turbine driven by water at the base of the falls generates the power. What a lovely place to spend a summer evening. 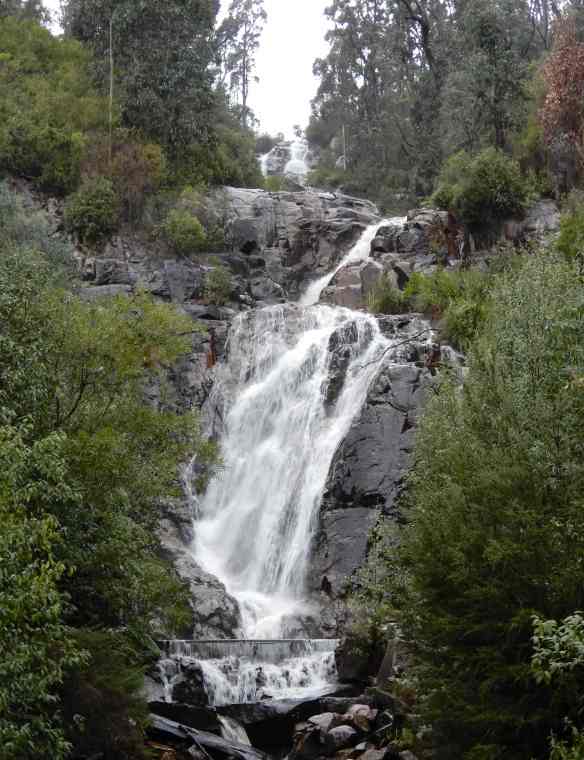