At the highest point in the medieval hilltop town of Barga, the Duomo di San Cristoforo is well worth the climb.

Built in the year 998, the white marble edifice was enlarged during the 12th and 13th centuries and has been modified further over the years. 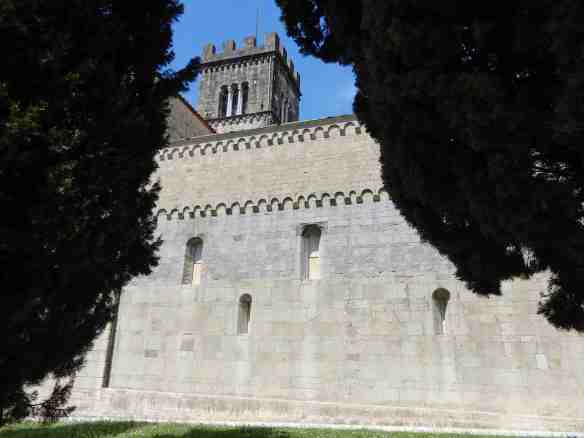 The arch above the main entrance is carved with acanthus leaf motifs, the bas relief above the door depicts scenes of a grape harvest. The two lions at the top of the columns symbolise the strength of faith. 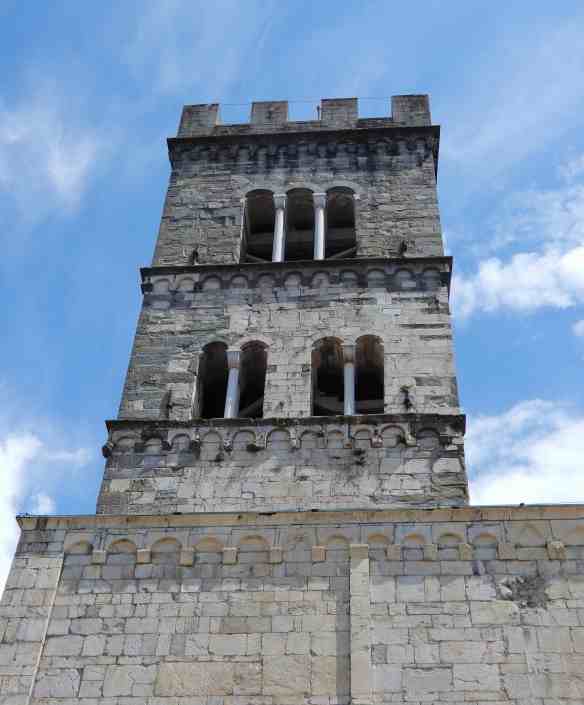 The first thing I noticed about the interior was the absence of seating. The second thing was the ancient faded fresco of Santa Lucia above an elegant marble font.

The stunning wooden ceiling replaced the old one, in the same style, in 1862. 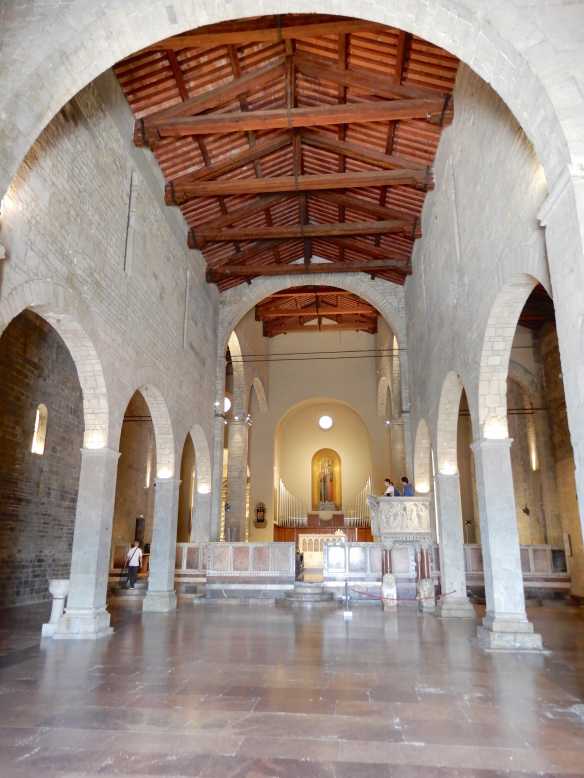 The nave is divided into two parts by a large barrier made from red marble slabs framed with decorated white marble. 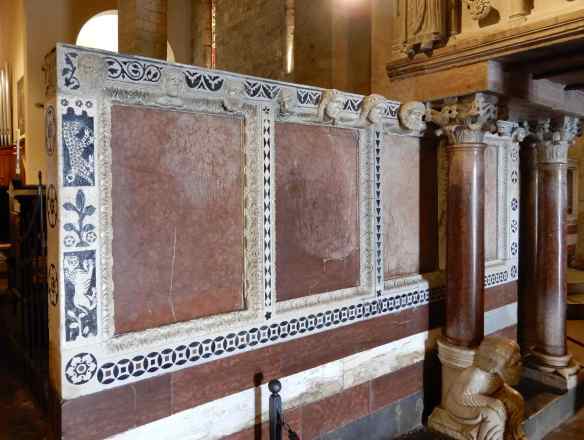 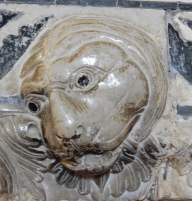 The 13th century marble pulpit is a spectacular work of art. The front section has an intricately carved depiction of the Annunciation and the Birth of Christ, a Latin inscription explains the symbolism.

The other side represents the Adoration of the Magi, the three kings bearing their gifts for baby Jesus. Partially blocking them is a group of figures portraying the four Evangelists; Mathew as the human, Mark as the lion, Luke as the ox and John as the eagle. The human figure on the left is thought to be Joseph.

Four columns support the pulpit, each with a unique carved capital at the top. 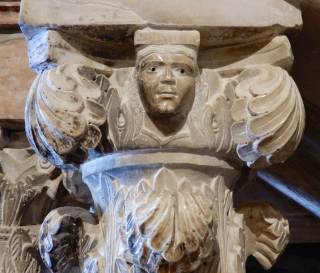 There are two lions at the base of the front columns symbolising the triumph of Christianity over evil and heresy. The left one has a serpent (evil) between its legs and the one on the right is standing over a man (heresy) who is stroking the lion with one hand while stabbing it with the other.

One of the rear columns rests on the back of a midget (the pagan world) and the fourth rests on the floor (the Christian world).

The long, narrow stained glass windows have many more stories to tell.

A 9th century wooden statue of Saint Christopher, the patron saint of Barga, stands within a niche behind the main altar. 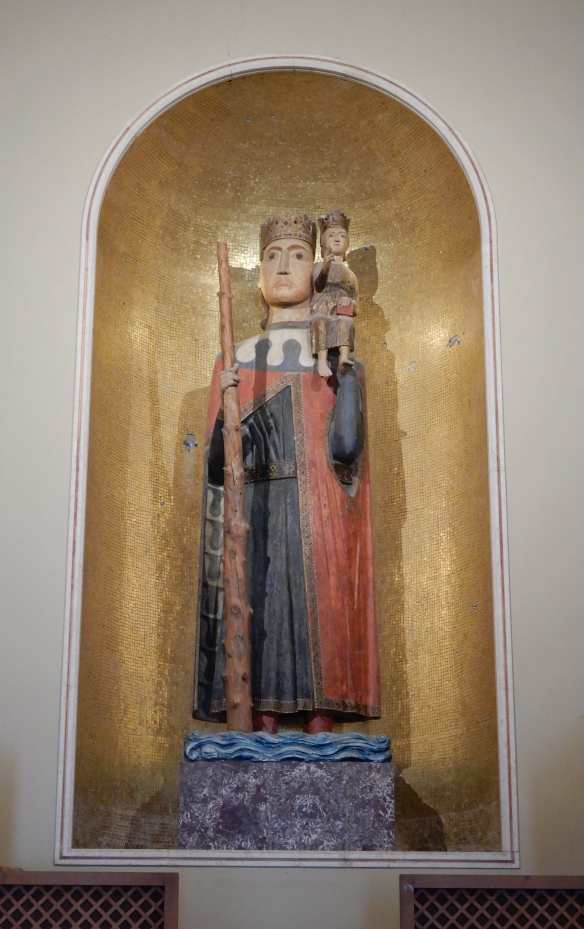 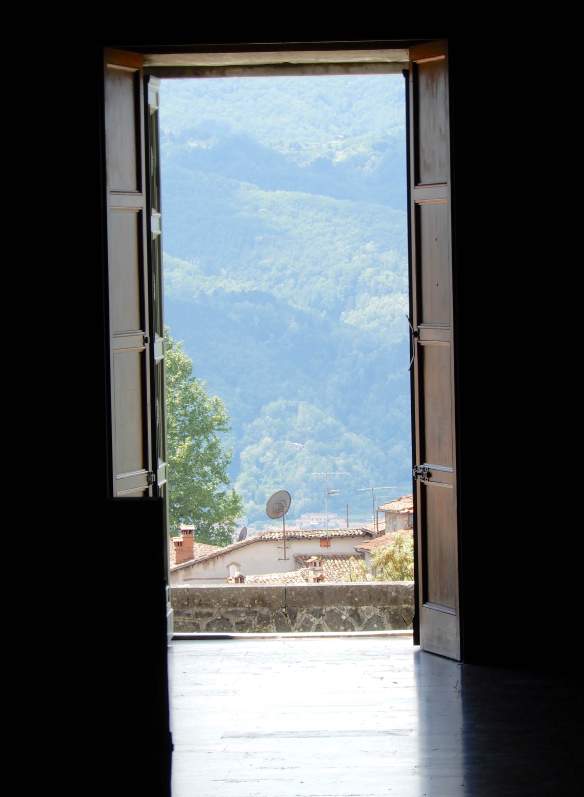 we lingered a while to appreciate the breathtaking vista across the rooftops to the mountains beyond. 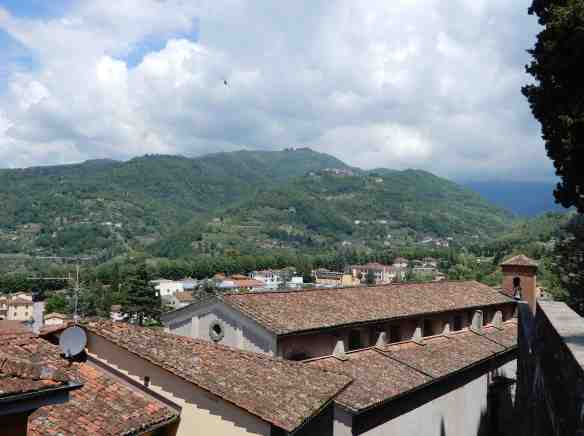 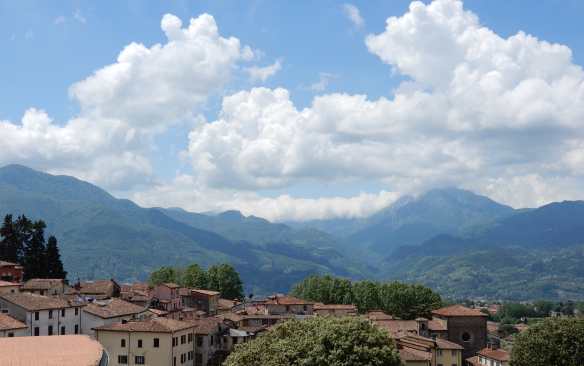