I have never really taken an interest in the unattractive steel footbridge with the unusual sculptures that crosses the Yarra River, until our last visit to Melbourne. 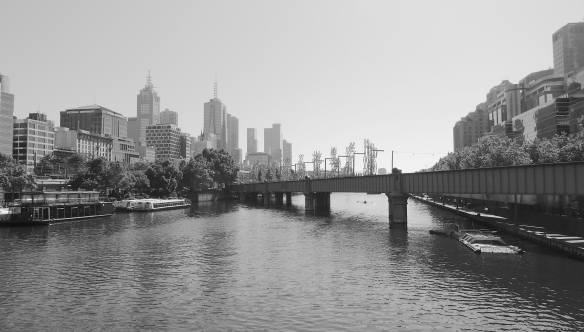 Enjoying a late afternoon beverage at Southbank, I was captivated by the light and reflections on the water and started to appreciate the obscure beauty of the structure. 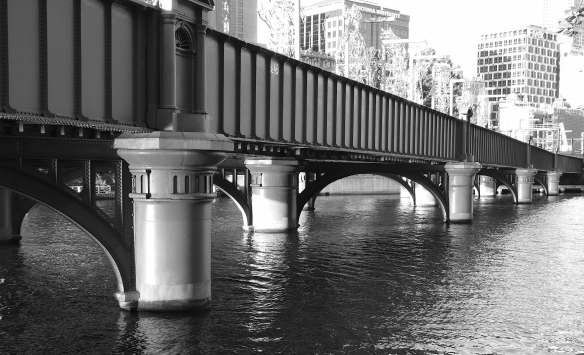 I have since delved further. The original bridge and railway line was built in 1853 when Port Melbourne, then known as Sandridge, became a thriving hub thanks to the Victorian gold rush. It was also the first passenger rail service in Australia. The bridge was replaced in 1857 with a timber trestle bridge, built at the oblique angle to redress the issue of the existing tight curve. The current bridge opened in 1888, one of the first in Melbourne to use steel girders rather than iron. The support columns are hollow iron filled with concrete, set parallel to the flow of the river, in groups of three. On closer inspection, each rivet seemed a work of art. 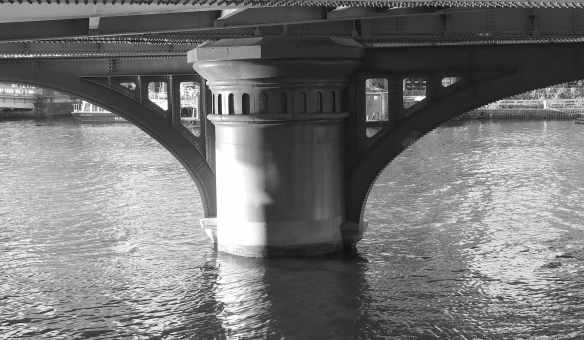 Even the ornamental pediments are made from cast iron. 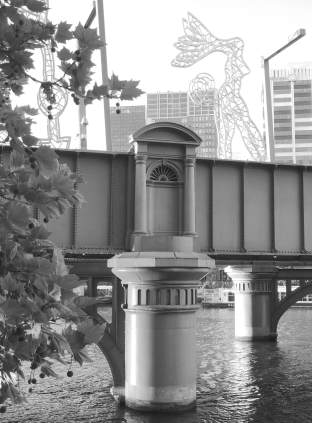 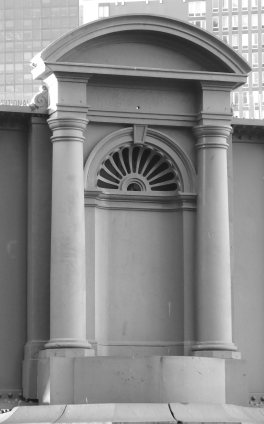 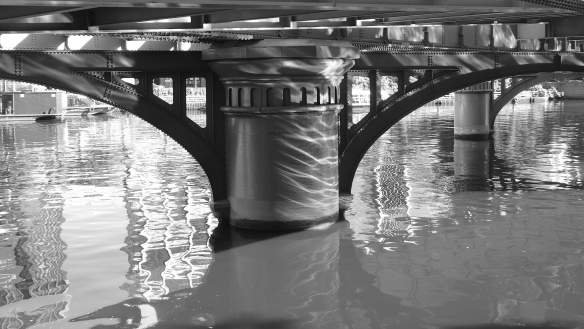 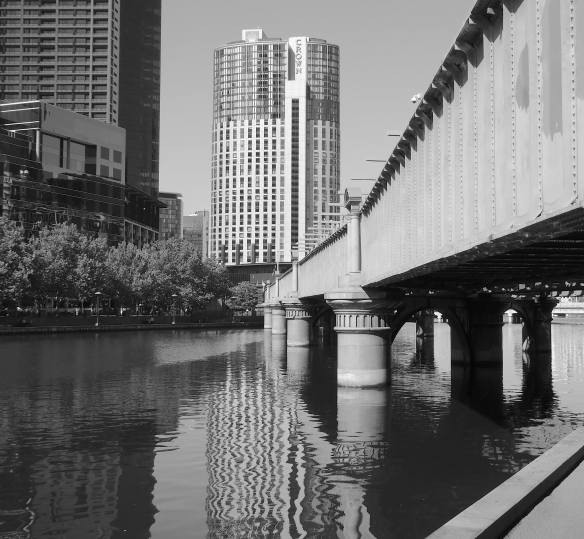 The railway bridge was last used in 1987 and remained, as something of an eyesore, until Melbourne City Council committed $15.5 million for its restoration in 2003. Sandridge Bridge was relaunched in 2006 as a celebration of the indigenous and immigrant history of Victoria, a tribute to those who made the journey by train from Station Pier to Flinders Street Station. Artist Nadim Karam created ten abstract sculptures, representing the different periods of immigration, using more than 3.7km of stainless steel. The artwork is titled The Travellers and the figures move slowly across the bridge in a 15 minute sequence. I must admit, I have never noticed them moving. 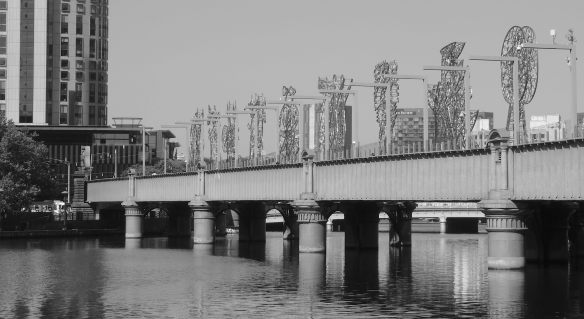 A series of 128 glass panels line the walkway, each one offering information about the origin of the immigrants, in alphabetical order, from Afghanistan to Zimbabwe. It can take quite a while to cross the bridge, a rest along the way is sometimes in order. 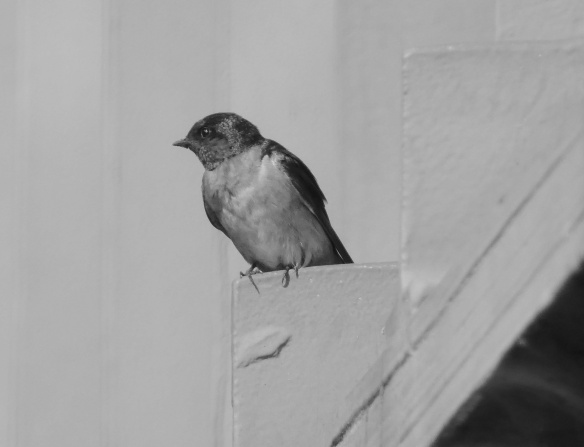 From the north side, nature’s reflections resemble graffiti 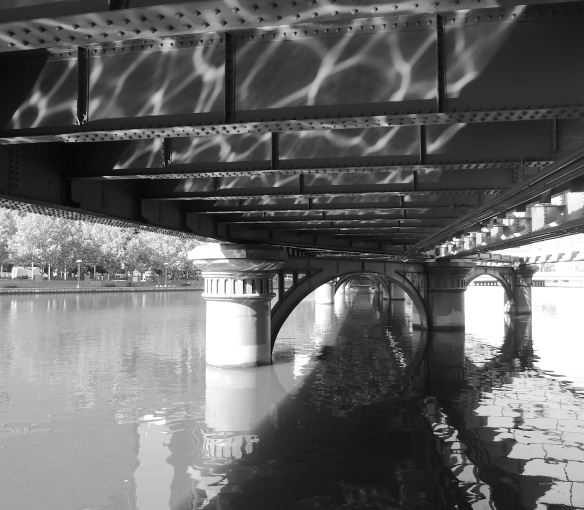 and the intricate angles are more evident. 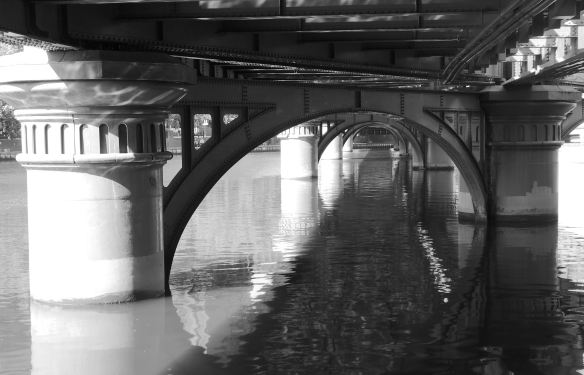 Unlike nature’s graffiti, that of lesser mortals is unsightly and unwelcome. 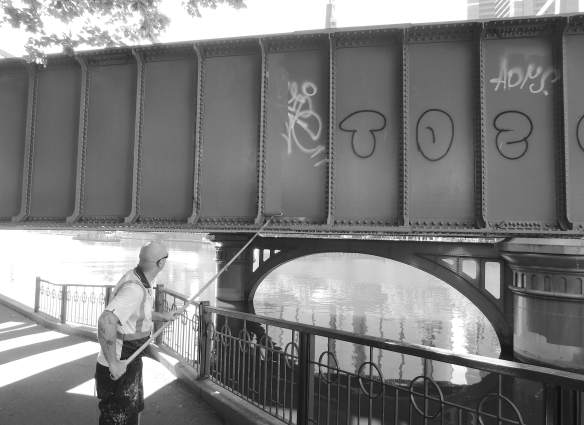 Sandridge Bridge may not be the most appealing landmark in Melbourne but it is certainly a great memorial to those who contributed so much, not only to the state of Victoria, but to the nation of Australia. 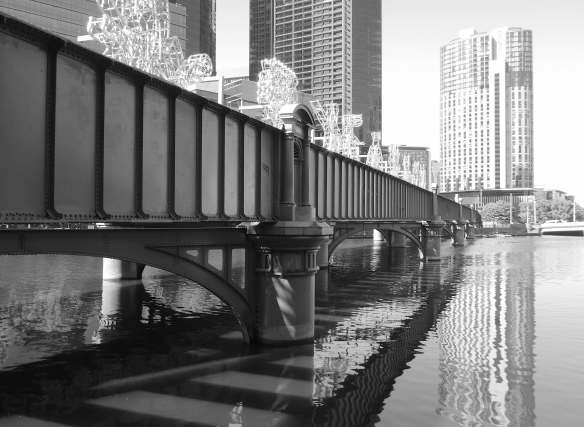