There were so many beautiful places in Cornwall, it was difficult to decide where to go next. Our last day loomed and we made the most of it. Padstow was traditionally a fishing port, situated at the mouth of the River Camel estuary. 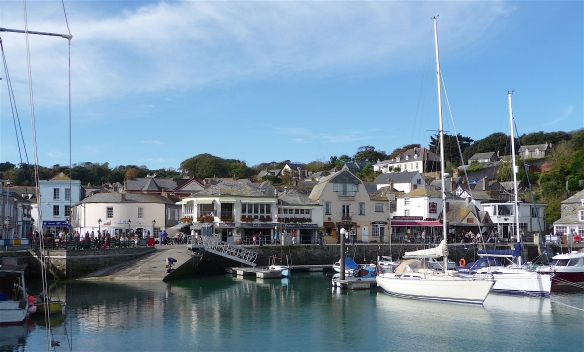 It is now a popular tourist destination and yachting haven. 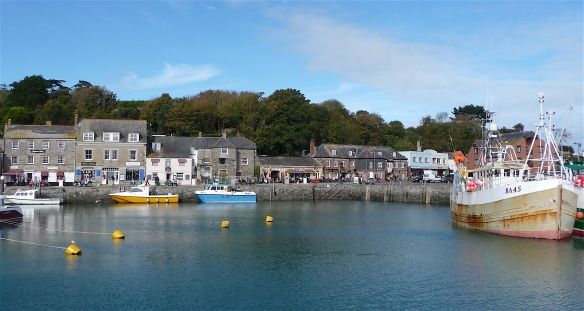 Restaurateur Rick Stein owns several restaurants and businesses in the town, in fact, we have heard the town referred to as ‘Padstein’. There are also many eateries not owned by him.

while taking in the peaceful surroundings and magnificent view. 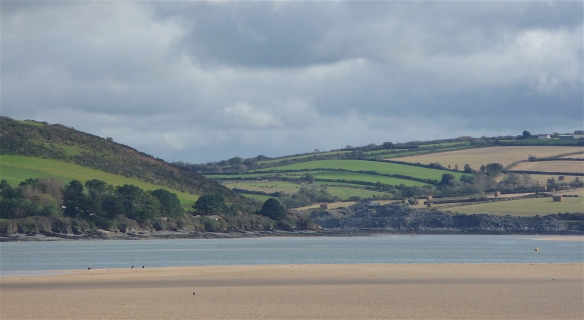 Our next port of call (no pun intended) was Port Isaac, a fishing village since the 14th century. We explored the narrow, winding streets lined with old white-washed cottages, 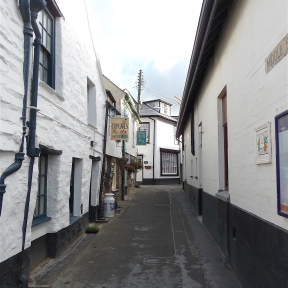 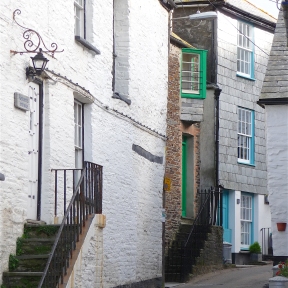 glimpsing the majestic cliffs across the harbour.

On top of the cliff, this impressive Victorian house, now a B&B, would have the most stunning views.

True to form, we found a pub. The Golden Lion dates back to the 18th century and has a smuggling tunnel leading down onto a causeway on the beach.

and a fabulous view of the harbour.

Those who have seen the TV series Doc Martin are probably thinking this is all familiar. 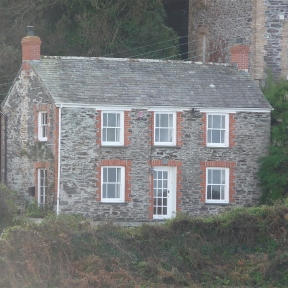 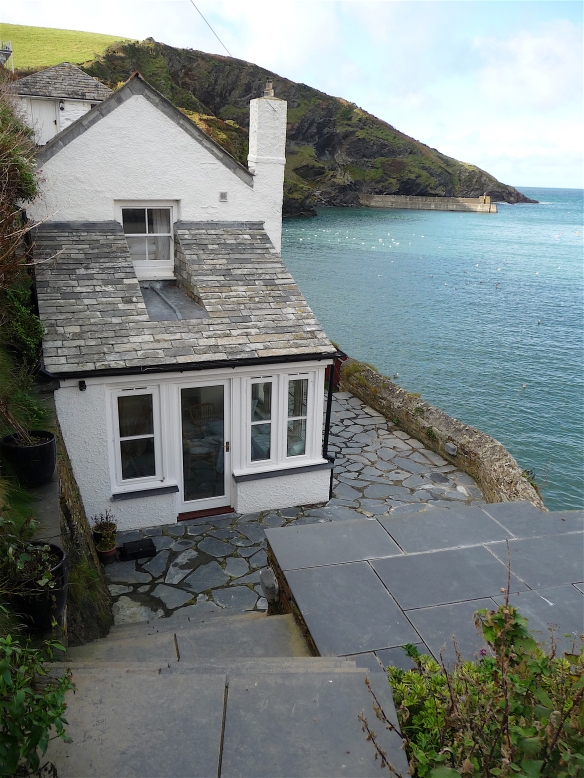 but there was no mistaking this well trodden path.

I don’t know how the Doc could be so grumpy with this outlook from his house.

The time had come to move on, we were too late getting to Tintagel to walk up to the castle ruins.

The legend of King Arthur has surrounded Tintagel since it was named as the place of his conception in the 12th century.

This may have inspired the Earl of Cornwall to build a castle on this site in the 13th century. 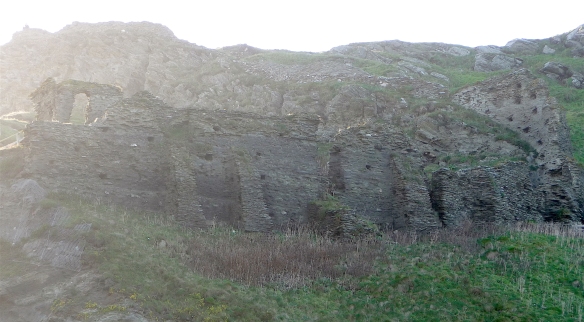 In the cliff below Tintagel Castle, Merlin’s Cave can be explored at low tide

The Old Post Office in the village of Tintagel was built in 1380 as a farmhouse. It has served many purposes but has always been a home, its final use as a letter-receiving office for the village during the 1870s.

The nearest village to our accommodation at Trevigue Farm was Boscastle. We had ventured there the previous night and dined at The Wellington Hotel, one of the oldest coaching inns in Cornwall dating back to the 16th century. 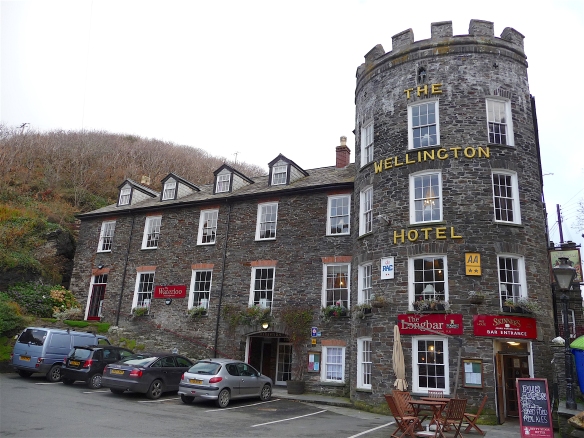 The steaks were mouthwatering.

We returned to Boscastle for a closer look. 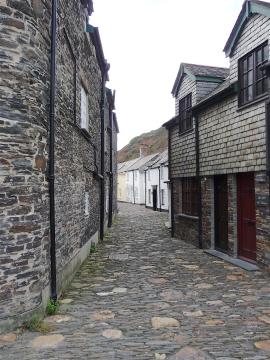 The area was settled in the 12th century and, being the only safe harbour along 40 miles of coastline, was a commercial port throughout most of the 19th century. The houses along the River Valency were idyllic 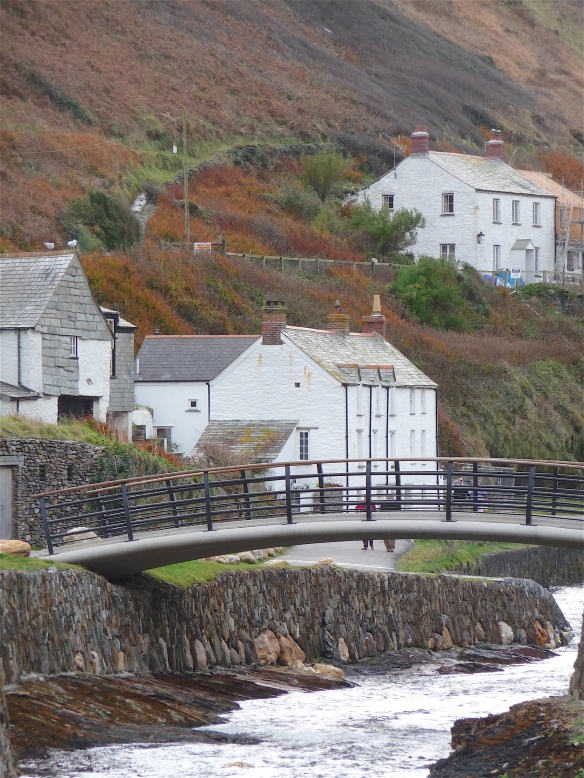 belying the devastating floods of 2004.

There were a few dining options

including The Cobweb Inn, an off-licence since the 1700s. 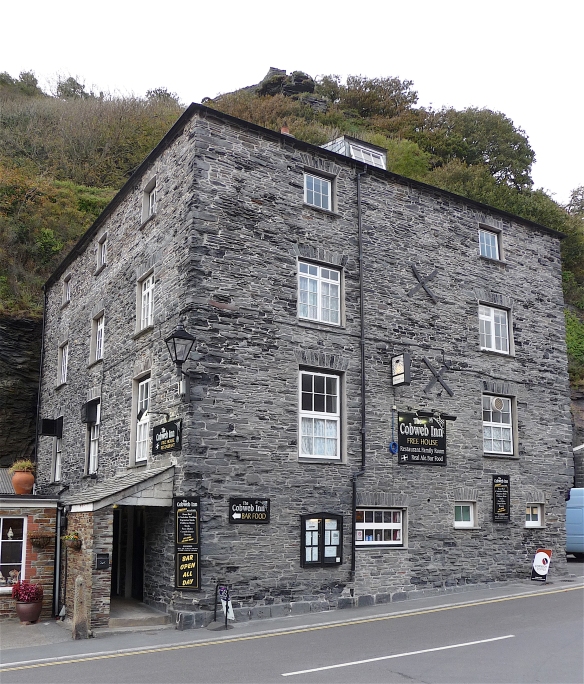 We had a wonderful meal at The Riverside, built around 1854. Unfortunately, I didn’t take a photo.