After staying the night at the fabulous Mansion Hotel, we spent some time the next morning exploring Werribee Park Mansion. 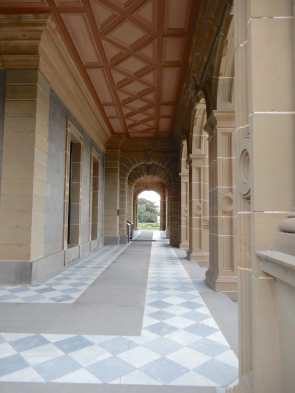 The family history has more drama and intrigue than a Pulitzer Prize winning period romance novel. I’ll give you an abridged version while we wander, starting off at the stunning entrance hall. 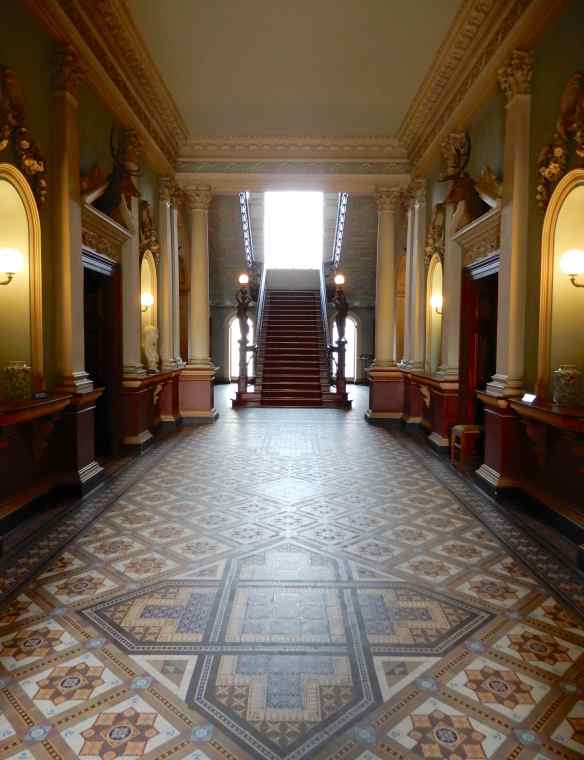 Scotsman Thomas Chirnside emigrated to Australia in 1838 seeking a new life and, seeing the opportunities in the agricultural industry, invested in stock and land. His brother, Andrew, joined him in 1841 and their pastoral empire flourished. On one side of the hall at the front of the house is the library, a cosy gentleman’s space.

Across the hall, the elegant drawing room where guests would be received and the ladies withdrew after dinner, has a definite feminine touch. 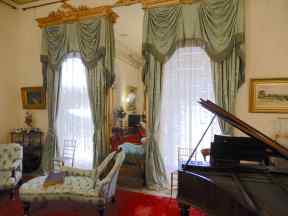 Four years later, Thomas returned to Scotland for a visit, fell in love with his first cousin Mary and proposed marriage. Her parents didn’t approve and he returned alone. The formal dining room, with its exquisite ceiling rose, is next to the library

It was then Andrew’s turn for a trip home and Thomas asked him to bring Mary back to Australia any way he could. Andrew accomplished the task and he returned in 1852 with Mary as his wife. There is one bedroom on the ground floor with the modern convenience of an ensuite bathroom. 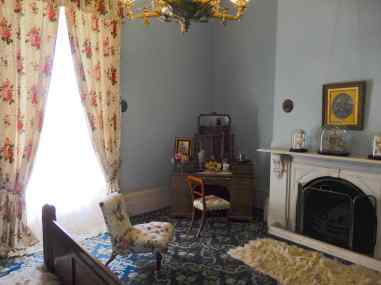 Obviously a gentleman’s domain, the billiard room is adorned with hunting trophies and presumably, the family’s pet spaniel. 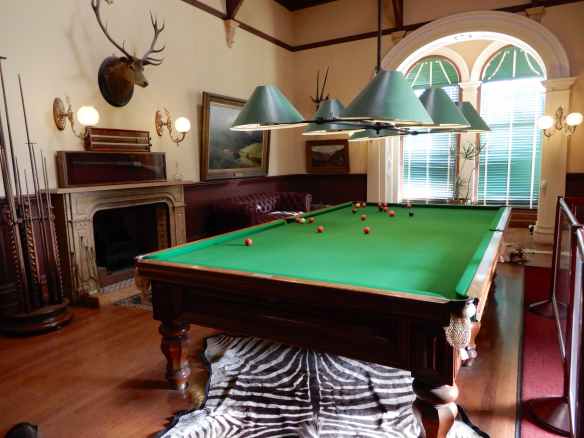 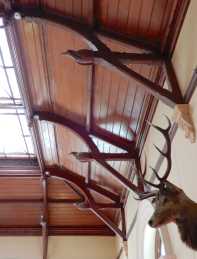 The peaceful conservatory has a distinctly tropical ambience. 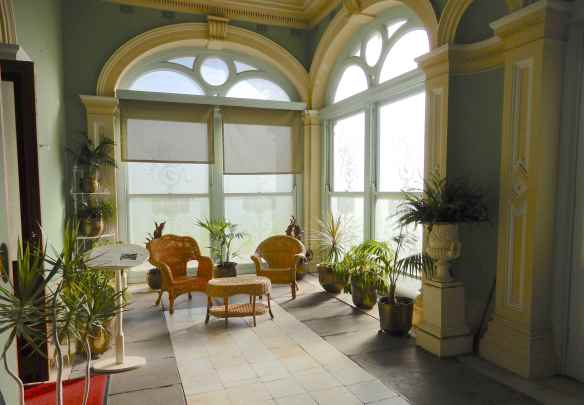 Thomas wanted Mary to live in a stately home and so, he and Andrew built the elaborate sandstone Italianate mansion at their Werribee Park property. The 60-room house took three years to build and was completed in 1877. The presentation in the kitchen leaves little doubt as to the lavish lifestyle enjoyed at Werribee Park. 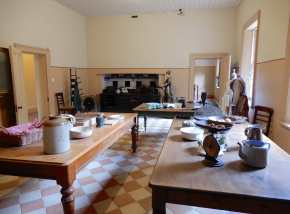 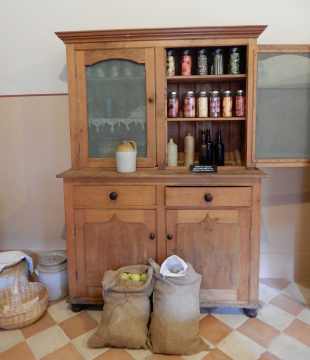 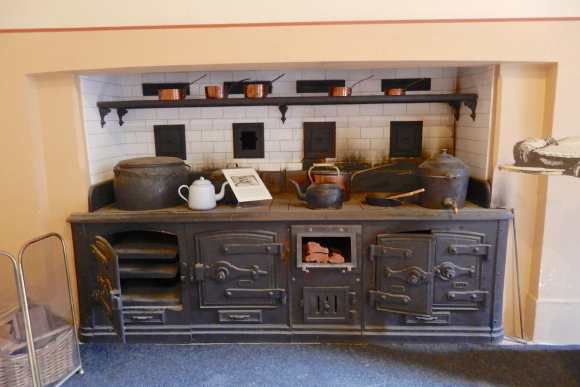 Andrew and Mary, along with three of their children, lived at the mansion. Thomas, who never married, lived at his property in nearby Point Cook until his later years when he joined them at Werribee. At the top of the main staircase,

the ornate saloon was an area used as a gallery and ballroom.

A doorway leads out to a magnificent tiled balcony at the base of the tower. 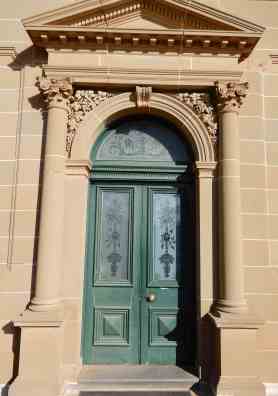 The brothers made many generous contributions to the community, including churches and schools, and hosted events such as polo matches and picnics in the expansive grounds. Looking out over the lawns, I could just picture the dashing men and the ladies in their finery out in the sunshine. 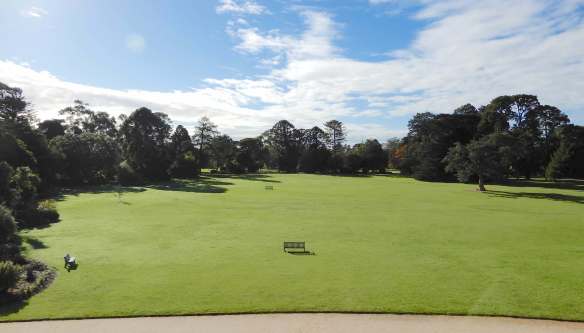 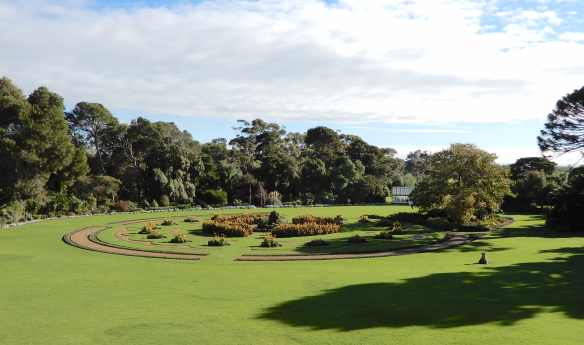 After years of suffering from depression, Thomas took his own life in 1887. Found dead in the laundry with a shotgun beside him, it is believed his ghost now haunts the mansion. The laundry is housed in a separate bluestone building at the rear of the mansion. 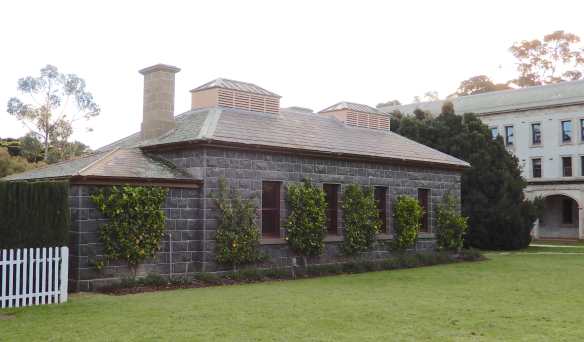 Andrew died of heart failure three years later and his two youngest sons inherited the property on the proviso that Mary lived there for the rest of her days. The bedrooms on the first floor are beautifully decorated and each has its own dressing room. 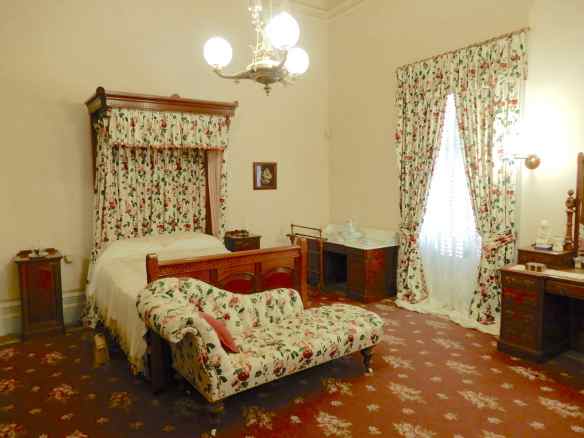 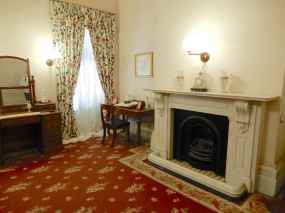 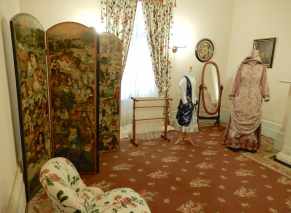 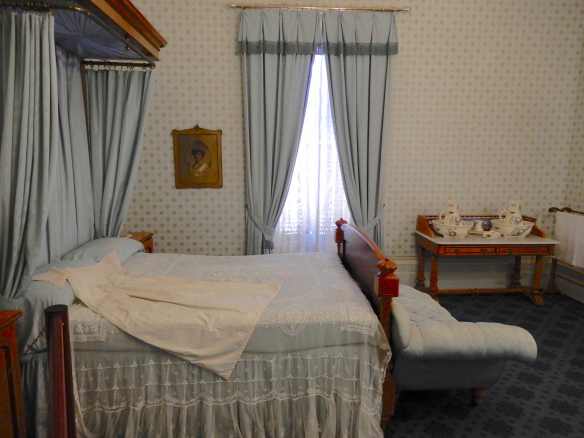 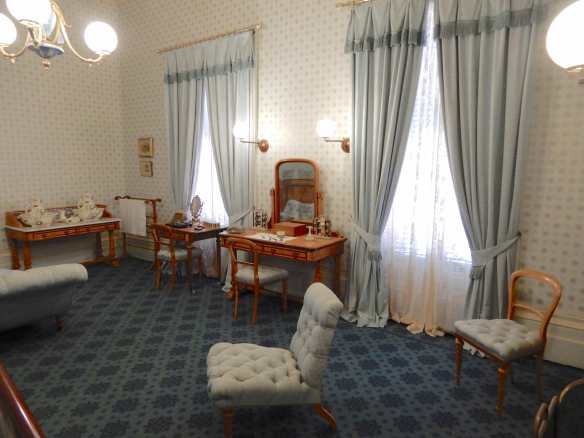 The children’s room is more than a bedroom, with an array of playthings to keep them amused. 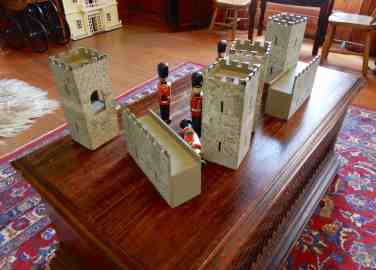 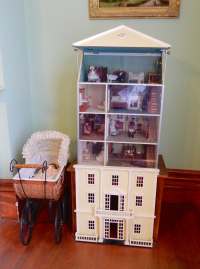 Tragically, Mary died from her injuries after her hair caught fire from a bedside candle in 1908. The back staircase leads to the servants rooms 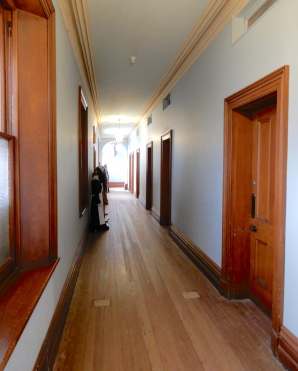 and there are marvellous exhibitions of curios from life in the late 19th century. I can’t imagine an occasion where the bird hat would be appropriate, the corset looks positively painful and the ashtray is distinctly bad taste.

The brothers sold Werribee Park in 1922 to a wealthy grazier from Warrnambool. A year later, it was sold again to the Roman Catholic Church, was developed as a seminary and operated for fifty years. In 1973, the Victorian Government acquired the property and restored the mansion and grounds to its former glory.