There is a spectacular edifice in Launceston that I have long admired and I recently realised how odd it is that when we travel overseas, we eagerly visit cathedrals and churches and yet never indulge here at home. Unbeknown to me, Michael contacted the church and while in Launceston last month, we were guided through Holy Trinity Anglican Church by Janet, an enthusiastic parishioner with an extensive knowledge of local history. The first Holy Trinity Church was built on this site in 1842 but when it became unsafe renowned architect, Alexander North, designed a replacement. The present church opened in 1902

and has been added to over the years to more resemble the original design. Described as Federation Gothic, the angles and features are fascinating. 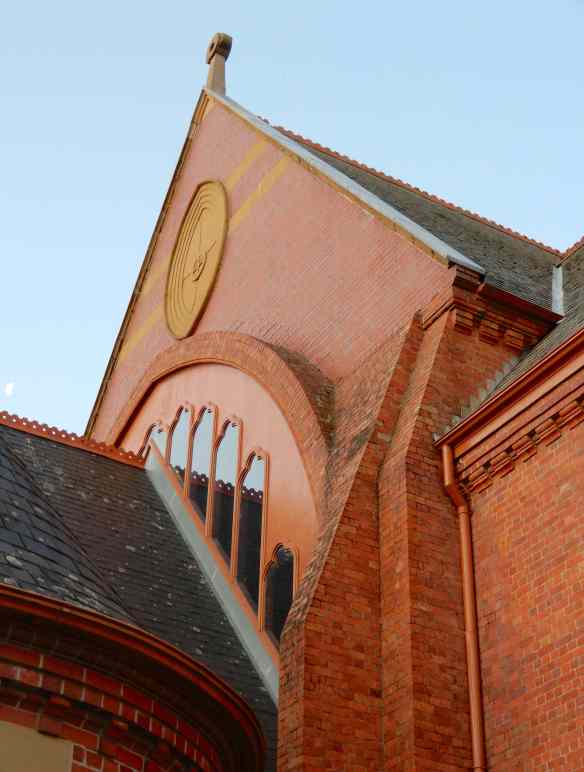 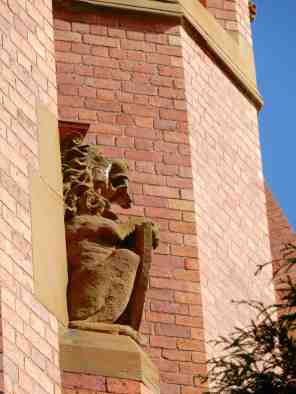 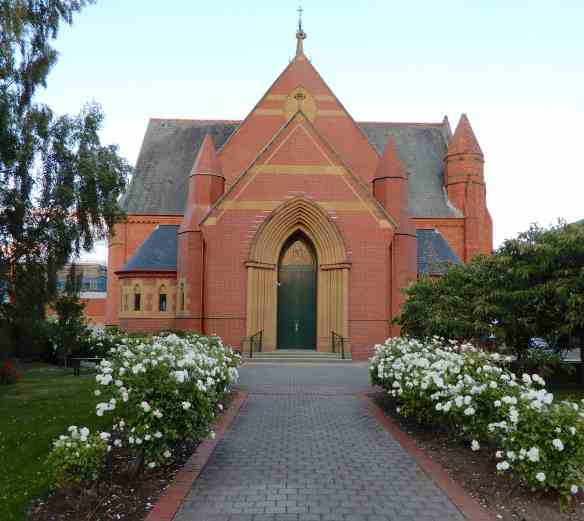 North’s vision of a more imposing structure would have seen a building twice the size with a spectacular spire at the western end. 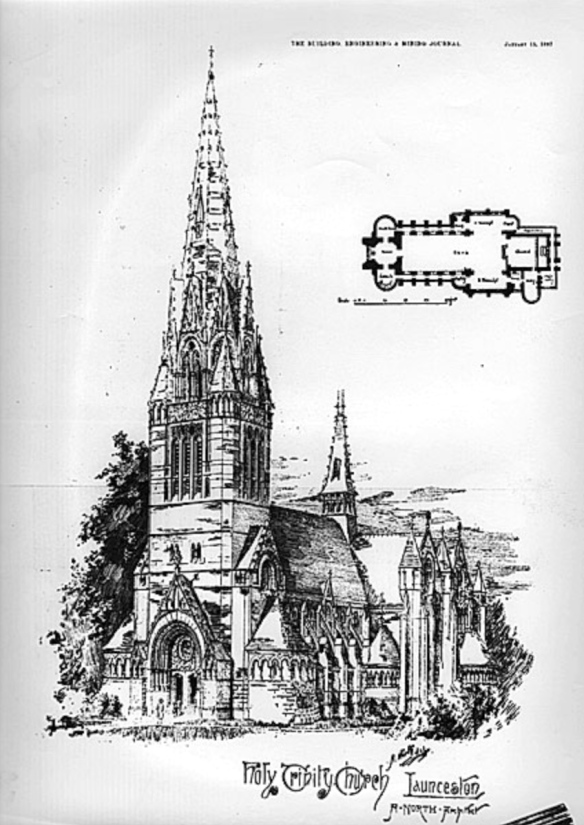 When Alexander North died in 1945, a former colleague designed a rose window in memory of North and his wife which is now mounted and backlit in the foyer of Holy Trinity. 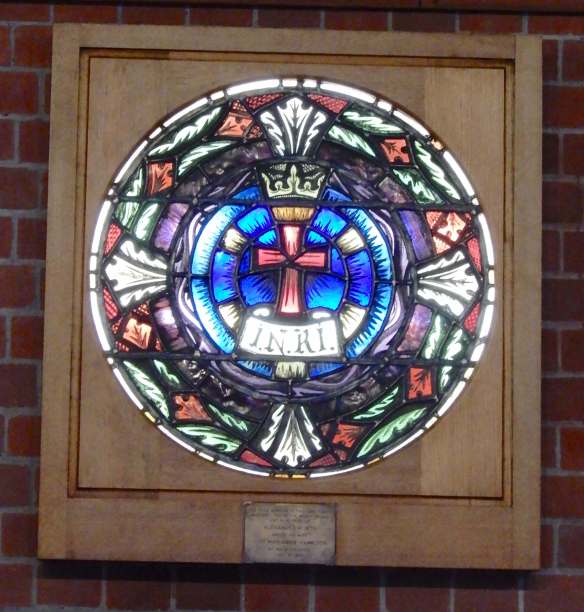 Stepping into the interior of the church, the sheer magnitude and workmanship were breathtaking. 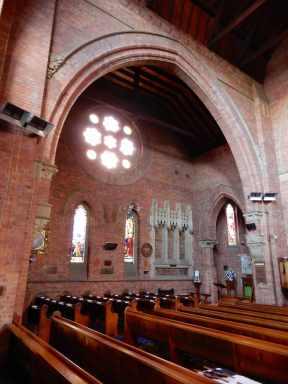 The morning sun is diffused through the glorious stained glass windows at the eastern end,

a memorial to Archdeacon Francis Hales, who presided over Holy Trinity for forty six years.

The massive rose window above represents the sun surrounded by angels.

On either side of the window, ceramic tiled panels, made in Italy to North’s design, depict incidents in the life of Jesus Christ.

Intricately carved choir stalls on either side of the chancel 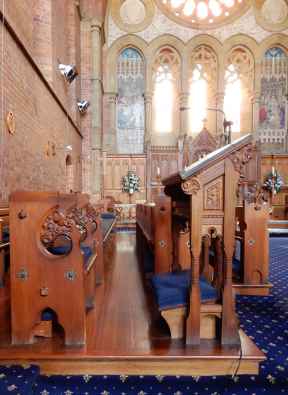 sit below the organ loft.

We climbed for a closer look at the magnificent pipe organ, a work of art by George Fincham in the year 1887.

From that height, the church took on new proportions 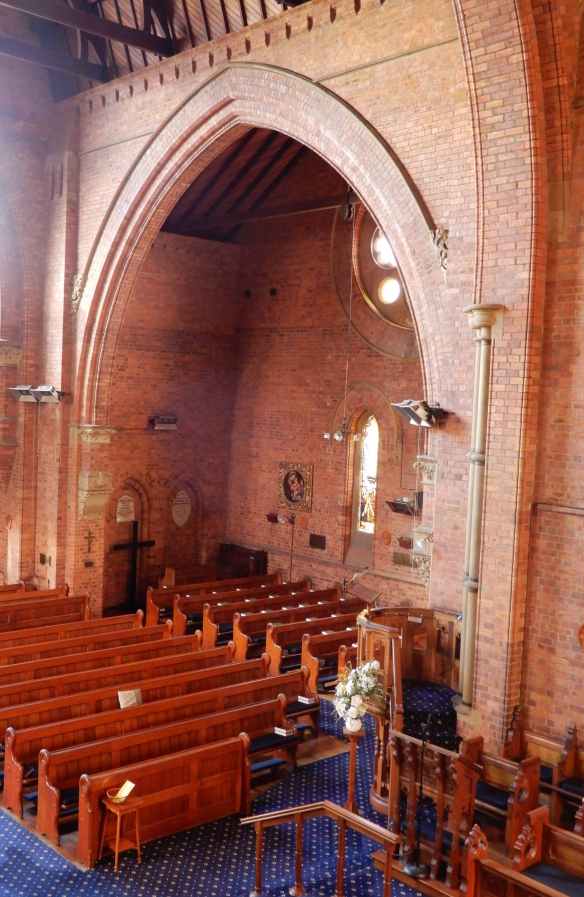 and a different perspective of the beautiful altar 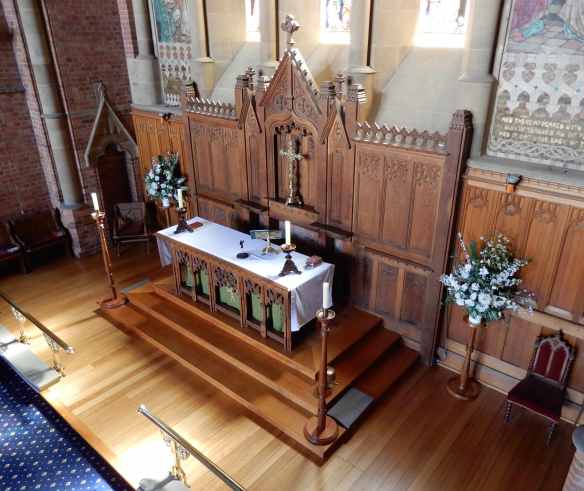 as well as the eastern windows

and the detailed stone carvings surrounding them.

Baptismal fonts often appear understated in their opulent surroundings but this is certainly an exception. An elaborate wooden scale model of the planned spire sits atop the font and is raised and lowered as needed for ceremonies. 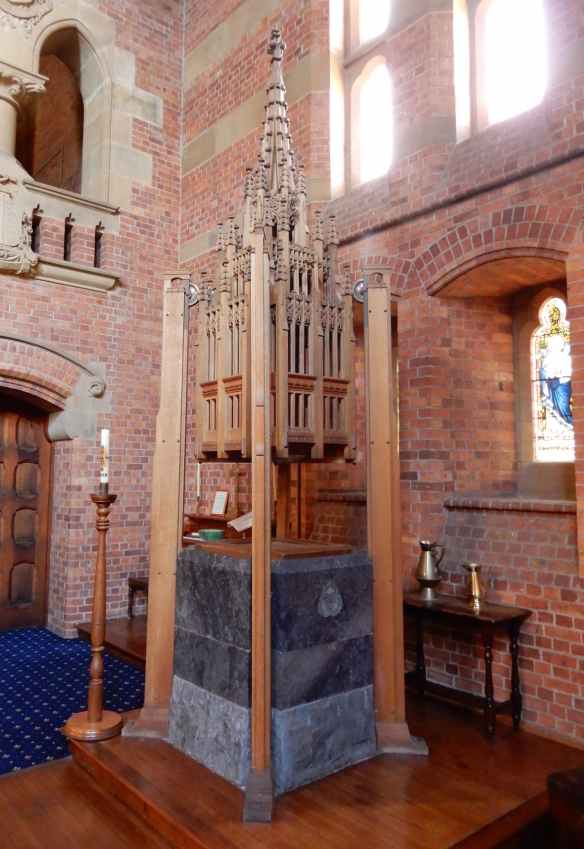 and to the left, another fine example of the use of timber. The pulpit was created by local men from Tasmanian hardwood scaffolding used by the bricklayers in the construction of the church.

A small rounded side chapel, commonly referred to as the ‘Lady Chapel’ dedicated to the Virgin Mary, is used for more intimate services

and is graced with more exquisite stained glass and carvings. 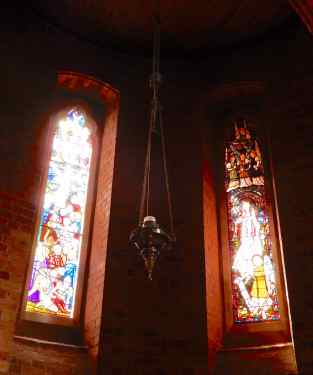 The church walls are adorned with memorial plaques, 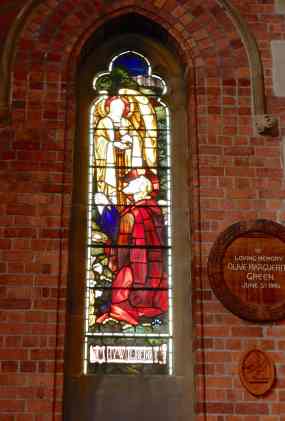 gargoyles and coats of arms and a large honour board remembers 165 Holy Trinity Anglican parishioners who fought in World War I.

A big ‘thank you’ to Janet for taking the time to share Holy Trinity with us. Without her inside knowledge, we would have missed so much, including the surprising reflection of the east wall rose window above the western entrance.