A short boat trip along the coast from Vernazza brought us to the next village of the Cinque Terre, Monterosso.

Dating back to Roman times, the oldest and most populated of the Cinque Terre villages is divided into two parts. The old, medieval village

and the new, modern area known as Fegina 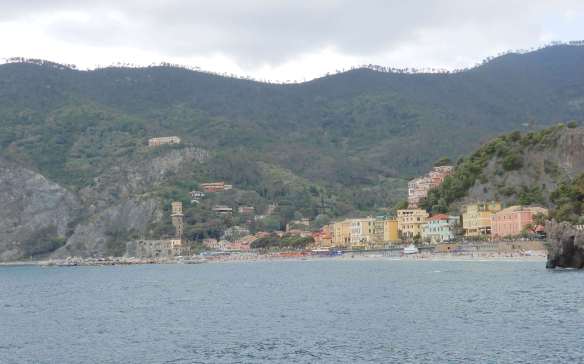 are separated by San Cristoforo hill.

A strong defence system was built on the hill in the 16th century with only three of the thirteen towers still standing. One of those is the Aurora Tower, with pride of place on the promontory it is now a private residence. 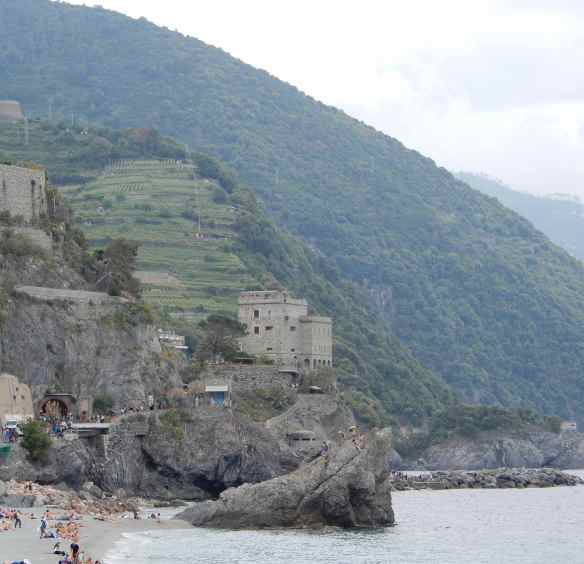 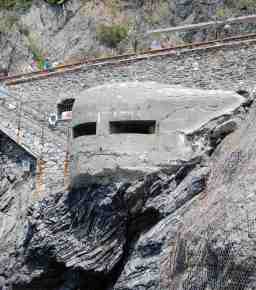 Dominating the headland, the Convent of the Capuchin Friars has had a turbulent history since construction in 1619. Closed for the Napoleonic laws in 1816 and again for the Savoy laws in 1867, it has been used as a hospital and warehouse and eventually returned to the friars in 2006.

Across the bay on the other side of the old town, the Hotel Porto Roca clings to the rocky foundations of Punta Corone.

In 1960, Giacinto Jacazzi, a fashion creator from Milan, fell in love with the village and bought the land. Rather than a family home, he decided to build a hotel so more people could enjoy it. Workers had to construct roads to the isolated site and fearless excavator drivers manoeuvred their machines on the edge of sheer cliffs.

Three years later, the dream came true. I will definitely be staying here if we are lucky enough to return one day.

The boat tied up in the harbour of Monterosso Vecchio, 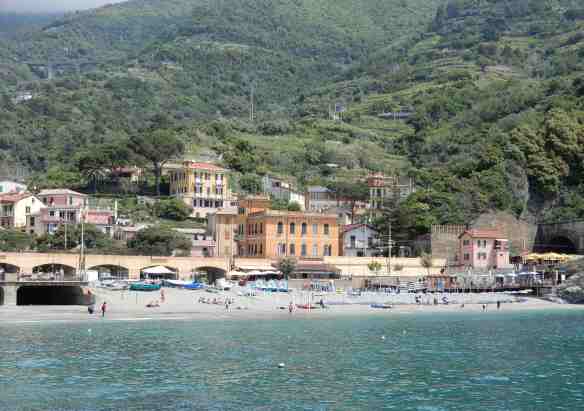 we climbed some stairs and walked along the path to the new part of town. Fegina Beach is the biggest sand covered beach in the Cinque Terre and is a popular destination for tourists. 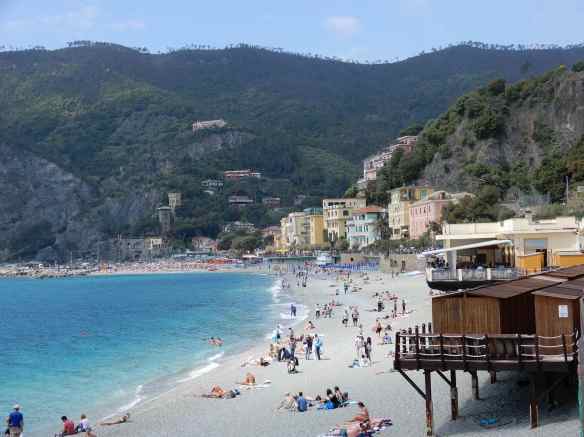 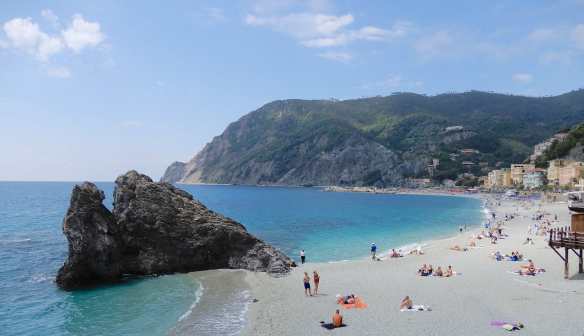 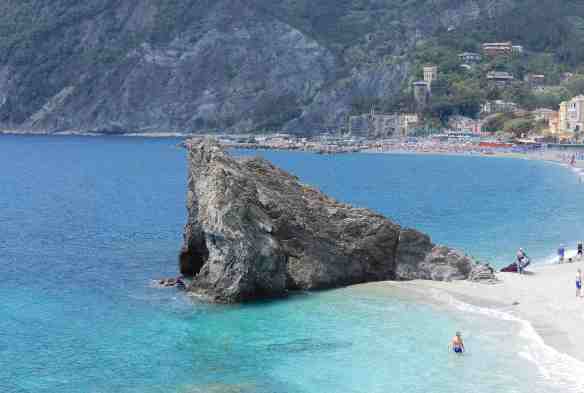 We enjoyed a seafood lunch overlooking the bay and then, armed with gelati, wandered along Via Fegina where majestic hotels and apartments afforded uninterrupted views of the coastline.

Returning to the boat, we farewelled Monterosso for a sedate cruise back to Riomaggiore in time for aperitivo.