On a crisp, clear winters morning, we left Healesville after another delicious breakfast at Cherry Tree Cafe to fortify us for the drive to Werribee. We had only been driving for half an hour when we passed a sign announcing Kangaroo Ground Memorial Lookout Tower. Executing a U-turn, we went to investigate. Kangaroo Ground is a tiny town about 26km from Melbourne and the tower is located on the highest hill in the area. Unveiled on 11th November 1926, the 12 metre tall edifice was erected in memory of local men killed in action in World War I.

The memorial now commemorates those who also lost their lives in World War II. A large bronze plaque above the doorway lists 107 names of the fallen. In 1974, the rather unattractive box on top was added for the purpose of fire watching and is still in use during the summer months.

We didn’t climb the tower to take in the 360 degree views across Melbourne, the north eastern suburbs and the Dandenong and Kinglake Ranges. We were quite happy with the ones we had from ground level. 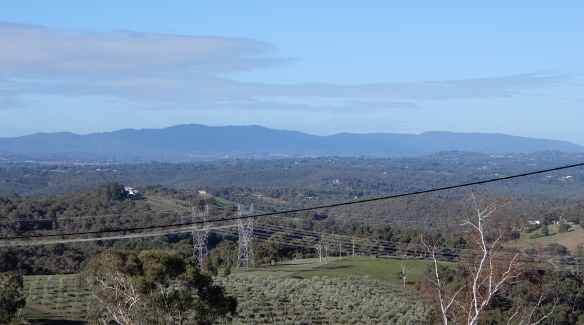 A single pine tree near the tower, succumbing slightly to the prevailing winds, drew our attention. Planted as a sapling on 11th November 2005, it is a direct descendent of the original Lone Pine from Gallipoli. 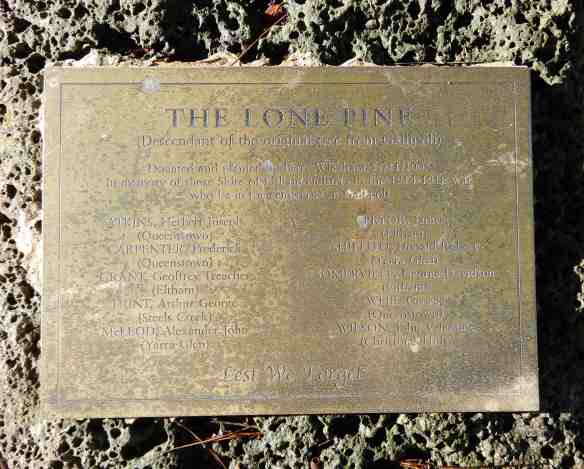