When we first travelled to Italy, we didn’t get the chance to see Cinque Terre so this time we were determined not to miss out. When I started planning, I soon realised that staying in the coastal villages was nigh on impossible with a car to park. Instead, I found a B&B in Le Grazie that suited our needs, or so I thought. After driving around for an hour trying to find the place, it turned out to be virtually inaccessible to anyone with more than hand luggage, down fifty or so very steep stone steps. With no Plan B, we were very lucky to find Hotel Le Grazie had a room available for two nights, a very nice room at that. 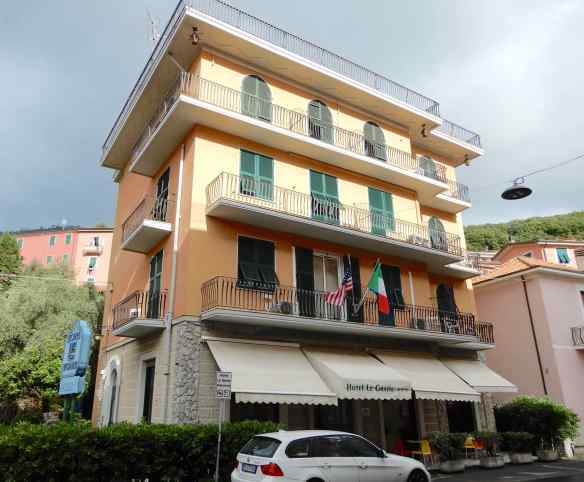 In need of solace after our ordeal, a short stroll around the corner rewarded us with the tranquil vista of Le Grazie harbour.

Nestled in a sheltered inlet between La Spezia and Porto Venere, this gorgeous village seems to have escaped the teeming tourist numbers of the neighbouring towns. The inhabitants have a reputation for being proficient divers and have thrived for centuries on boat building and fishing. Adjacent to the boat construction yard, the pine wood offers a shady meeting place for locals. A war memorial honouring  partisans, civilians and military personnel and an old cannon remind us of a less peaceful time. 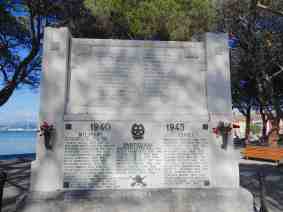 The roundabout, marked by a solitary cycad, seemed somewhat superfluous on a straight road. 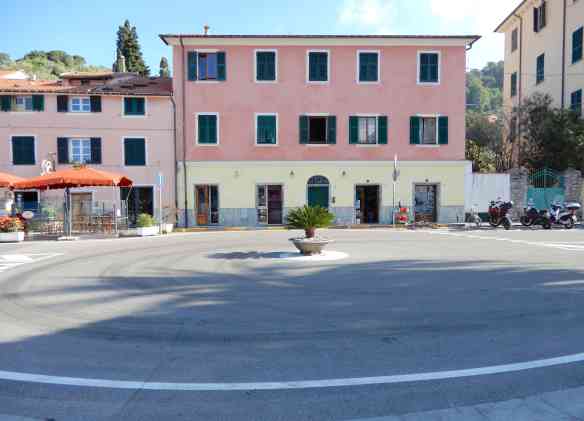 After a restorative Prosecco we wandered further, past colourful buildings 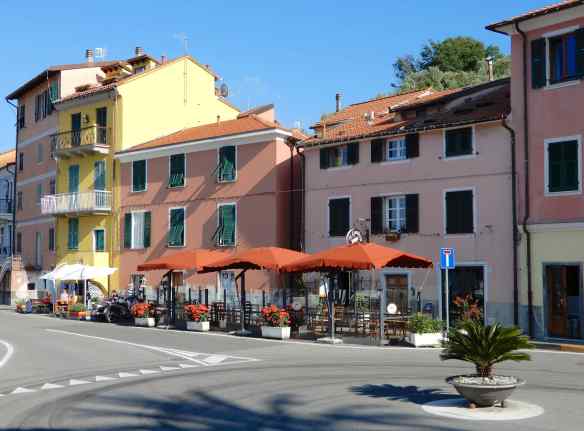 and beautiful boats moored in the marina. 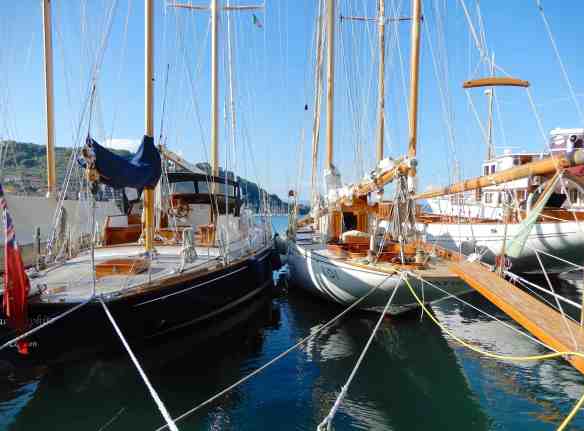 The village takes its name from the Santuario Nostra Signora delle Grazie (Sanctuary of Our Lady of Grace). The church dates back to the 11th century when a group of Benedictine monks came from the island of Tino. The present church and monastery were built in the 15th century, though the monks were driven out in 1798 and the church became a parish church. The ancient convent is now a private residence and I am lost for words. 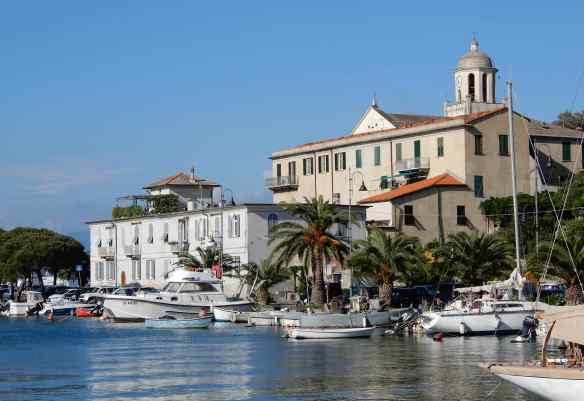 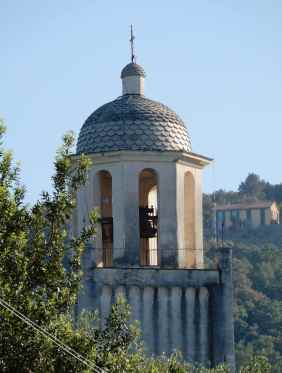 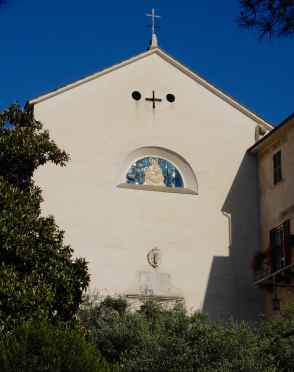 It seemed a good time to rest for aperitivo

while soaking up the atmosphere and sunshine. 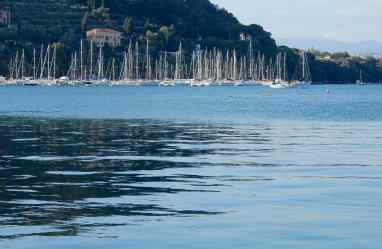 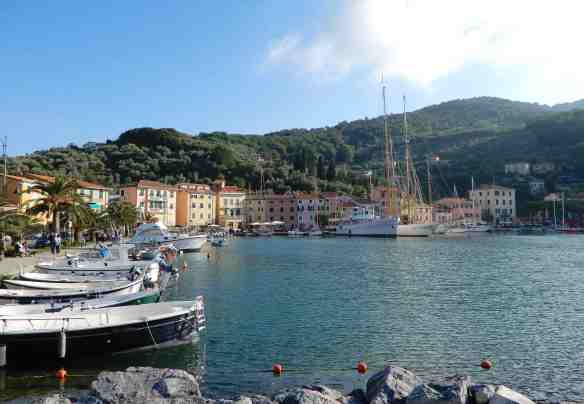 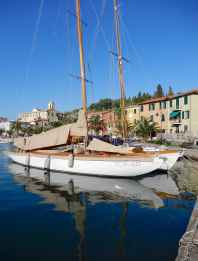 We continued along the promenade until we could go no further.

The Varignano Fortress, built in 1724, dominates the headland. Originally used as a storage facility and quarantine station, it then became a hospital before being taken over by the defence forces. Since World War II, it has been the headquarters of the Navy Divers and Raiders Group, named after Major Teseo Tesei who invented the human torpedo. No prizes for guessing how he died.

With the descending sun glistening on the water, we ambled back to seek sustenance. 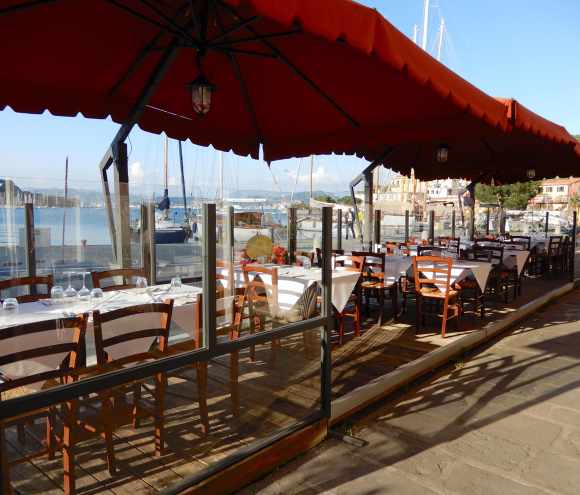 to observe life in the village and harbour 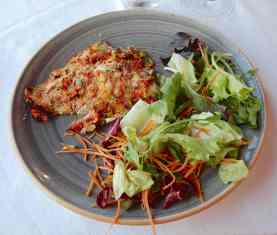 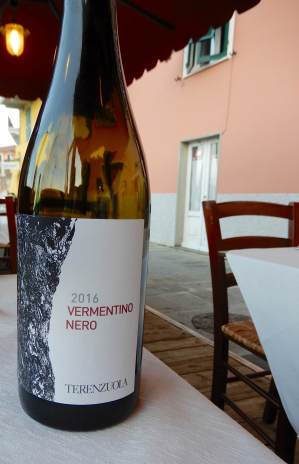 There is only one way to end a perfect day. 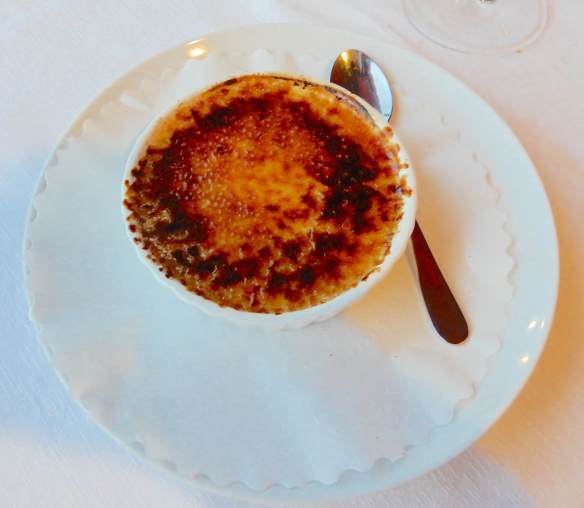