Half an hour from Queenstown, along the Lyell Highway, we parked at the start of the Nelson Falls Nature Trail. The falls are located within the Franklin-Gordon Wild Rivers National Park, four and a half thousand square kilometres of World Heritage listed wilderness. It’s an easy walk along a well maintained track

that follows the course of the Nelson River.

ancient species including myrtle, leatherwood and sassafras that thrive in the cool, temperate climate of the Nelson Valley. 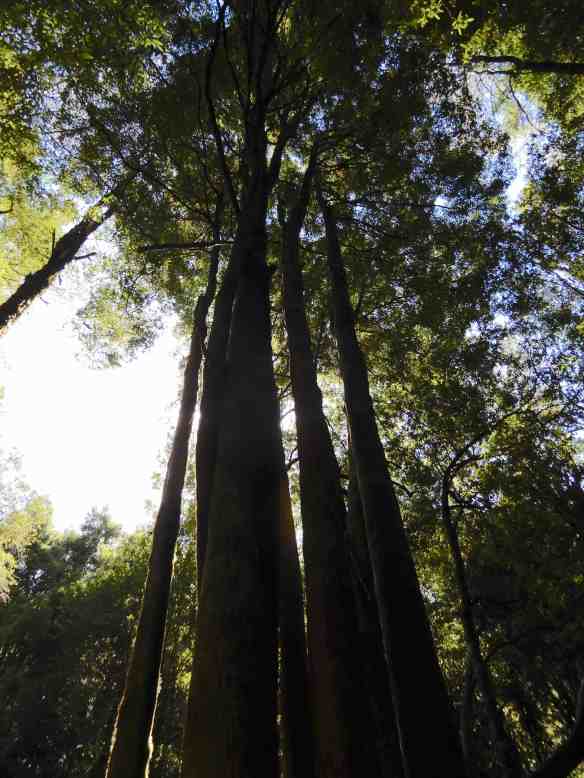 I’m not sure what happened here, perhaps a glitch in the camera that hasn’t happened before or since. Or has the lens captured the magic of the place? 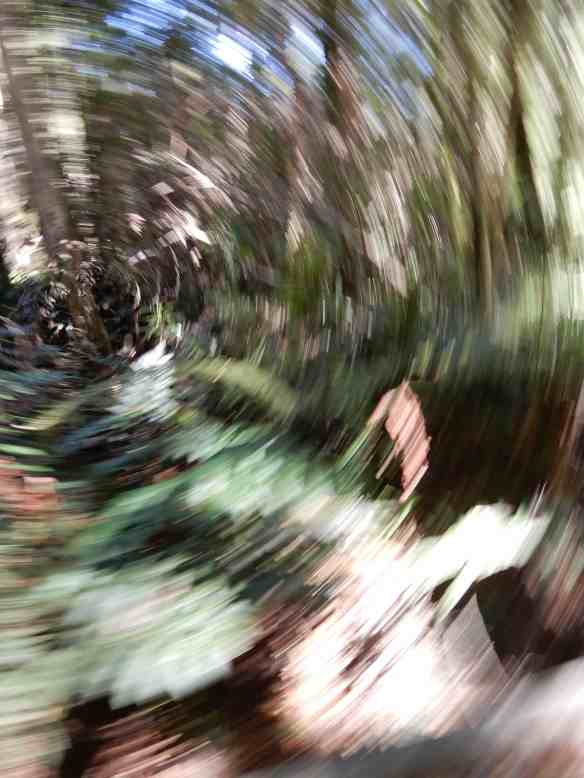 The ferns are magnificent, at least seven species flourish here dating back millions of years to a time when Tasmania was part of Gondwana.

At the end of a summer, the 30 metre high falls were still impressive. 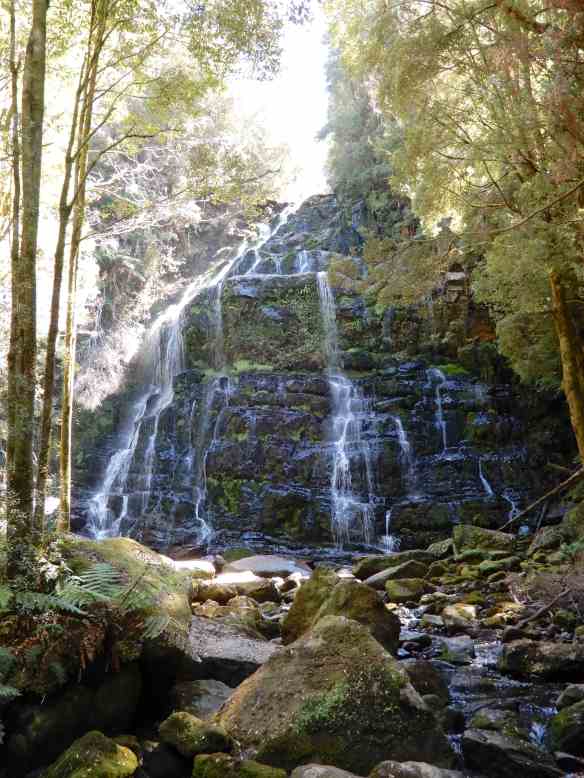 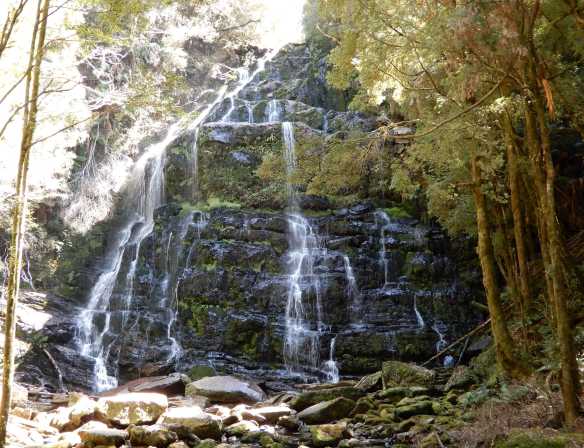 The water was so clear, 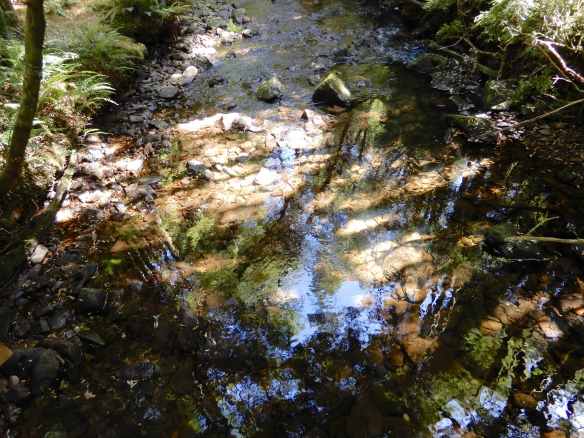 we could see freshwater burrowing crayfish foraging among the rocks. 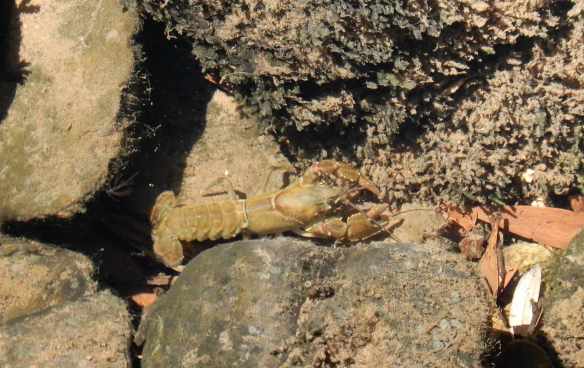 I noticed they had one claw smaller than the other. Apparently, this can happen naturally or it is the result of losing a claw and a new one regrows. Fascinating.

We retraced our steps along the river, leaving the coolness of the forest to continue our journey on the highway. 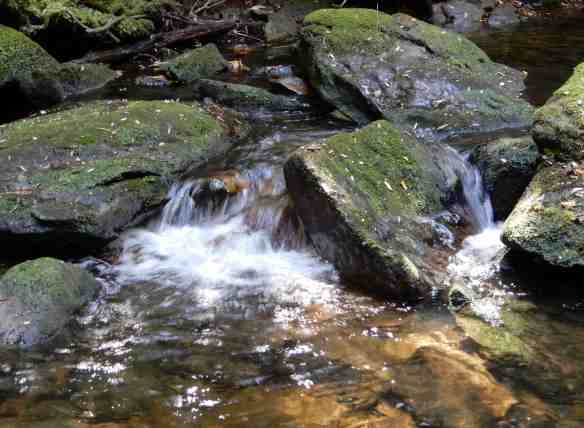