Much as we would like to have stayed in Galway a few more days, our time in Ireland was limited and there was so much more to see. Driving southward, we were once again surrounded by enchanting scenery. Scattered farmhouses wrapped in green, stone-framed pastures overlooked peaceful waters. 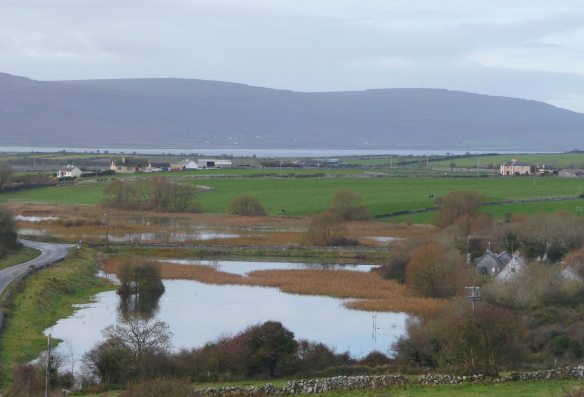 Just outside Ballyvaughan we encountered Irish gridlock and spent some time chatting to the farmer. We will never forget his name, it was Michael Cannon. 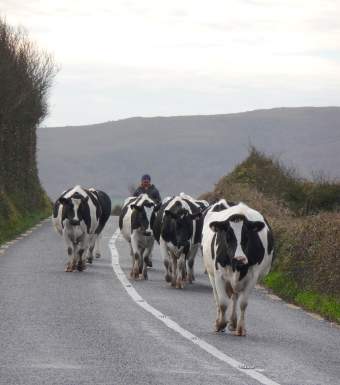 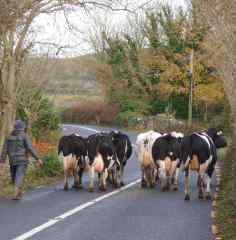 The landscape changed the further we drove into the region known as The Burren.

The great expanse of limestone karst covers around 160 square kilometres in County Clare, the rock has been dated back to the Carboniferous period, around 350 million years ago.

The water soluble limestone has eroded over the years and formed the channels, known as ‘grikes’ and blocks, known as ‘clints’. It’s hard to believe that when people first inhabited this area 5,000 years ago it was a lush forest. Clearing the land for farming, along with time, grazing and erosion all contributed to the appearance of The Burren. 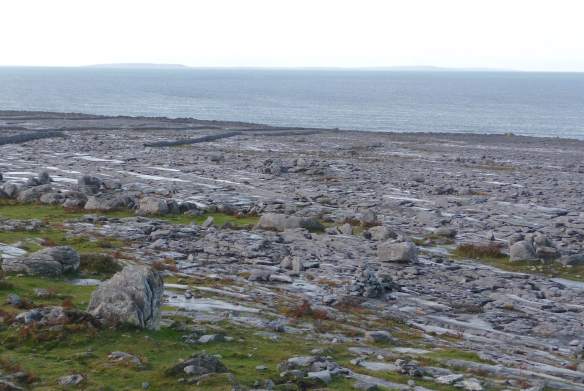 We were too late to see the array of wildflowers that bloom among the rocks in spring but there was evidence of life in unexpected places.

We strolled around the quaint coastal village of Doolin with breathtaking views from the harbour.

Once part of the mainland, Crab Island is a renowned surfing location, though not today. The building is the remains of an 1830s constabulary outpost.

Further across the water, the Aran Islands are just visible. The group of three islands sit at the mouth of Galway Bay and can be reached by ferry from Doolin.

There is a path along the cliffs from Doolin to the Cliffs of Moher, about an 8km walk with green fields on one side and the Atlantic ocean on the other.

Not to mention spectacular scenery along the way.

The Cliffs of Moher, on the southwestern edge of The Burren, are 14km of vertical cliffs rising to a height of 214 metres at the highest point. O’Briens Tower stands on that headland, built in 1835 by landowner Cornelius O’Brien as a viewing point for tourists. From Doolin, we could see beyond the tower, all the way to the rock formation known as  Hag’s Head at the southern end of the cliffs.

We left Doolin to have a closer look at the cliffs, passing a contented local on the way 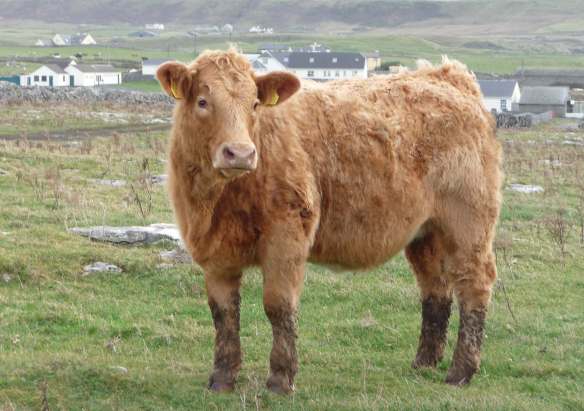 and a rather impressive edifice on a nearby hill. The 16th century Doonagore Castle has been in the same family since the 1970s and is their private holiday home. The views would be astounding.

We finally made it to the Cliffs of Moher in all their majesty but time was ticking on and we still had no idea where we would be spending the night. 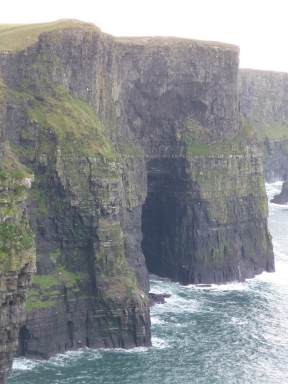 7 thoughts on “The Burren”