With two nights accommodation booked at Edenderry, we consulted the map and decided to explore the middle of the island. Scotch whisky has been my favourite tipple for as long as I can remember, although I have never really taken to Irish whiskey. Tullamore distillery was only half an hour away so a perfect opportunity to educate my palate. We enlisted the help of Holly (the satnav) who, true to form, deposited us on a dirt road in the middle of nowhere and declared we had reached our destination. Giving her the benefit of the doubt, we returned to the main road and issued the instructions again. She performed a perfect replay of the first attempt, this time we narrowly missed being flattened by an oncoming truck and we realised Tullamore was not on our agenda after all. Back to the main road, we continued to the town of Athlone. The River Shannon was as grey as the sky 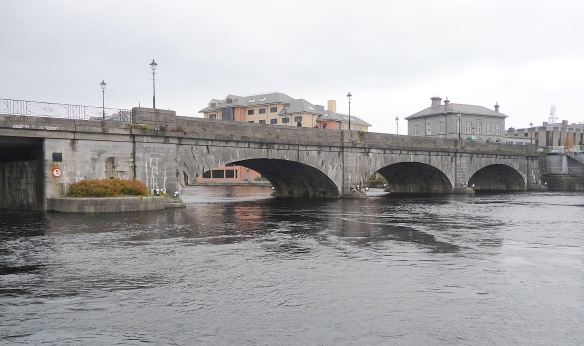 and, although it is the second most populous town in the Midlands, there didn’t seem to be much happening. 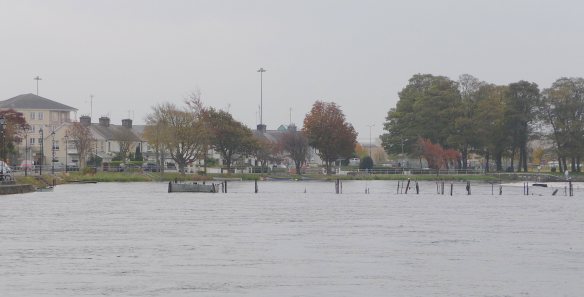 The 12th century castle was closed for the winter season so we reverted to the usual Plan B – a pint of Guinness and a spot of lunch. After a post prandial stroll through the park, 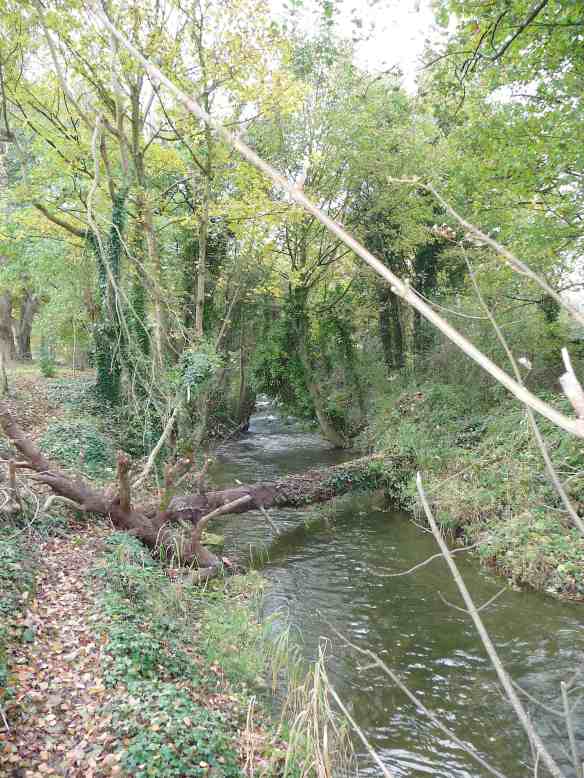 we followed the river 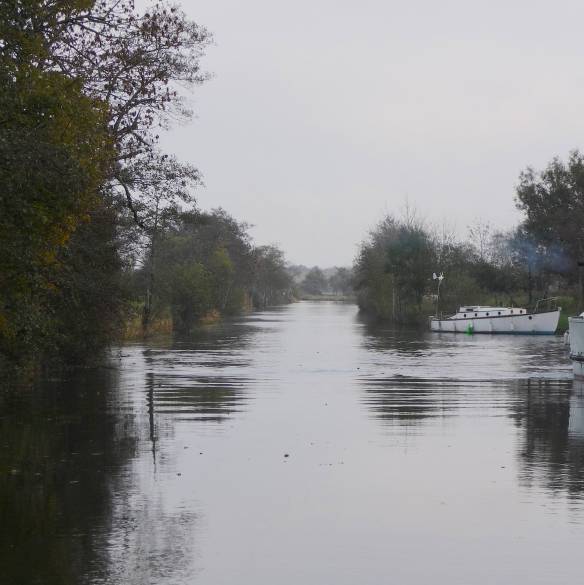 until it became a huge inland lake. Lough Ree (Lake of the Kings) is one of three major lakes on the River Shannon. Thirty-two kilometres long, it is the geographical centre of Ireland. 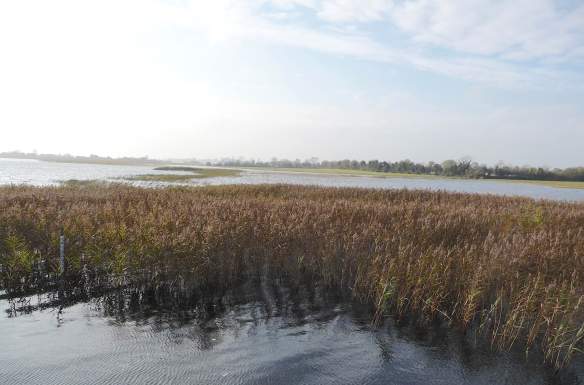 Myths and legends abound with ghosts of high kings and fallen warriors and, of course, a rumoured lake monster lurking beneath the depths. 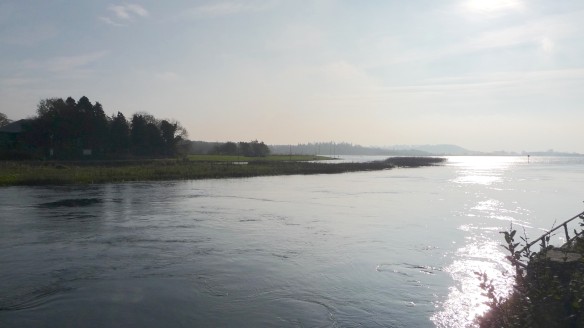 Small lakeside towns were picturesque in their autumn colours, 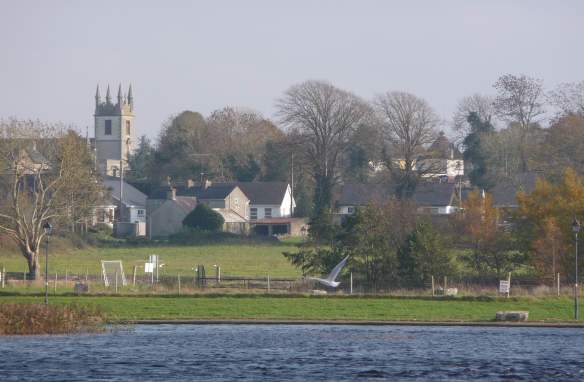 though the marina lay empty, perhaps awaiting some warmer weather. 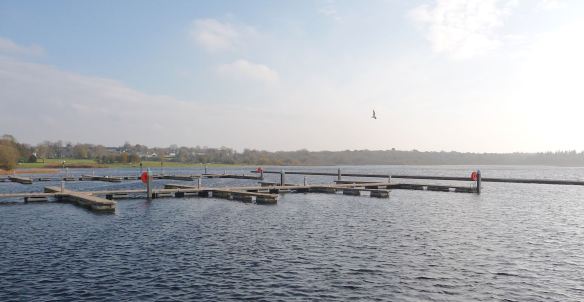 Lough Ree is dotted with small islands, many have ancient ruins of monastic sites from the middle ages.

It is believed that when out on the water, the eyes of ancient monks peer through the mist and linger in the air. I was pleased to be safely on land.

We left Lough Ree and returned to Edenderry for another superb meal and a pint at Larkins. 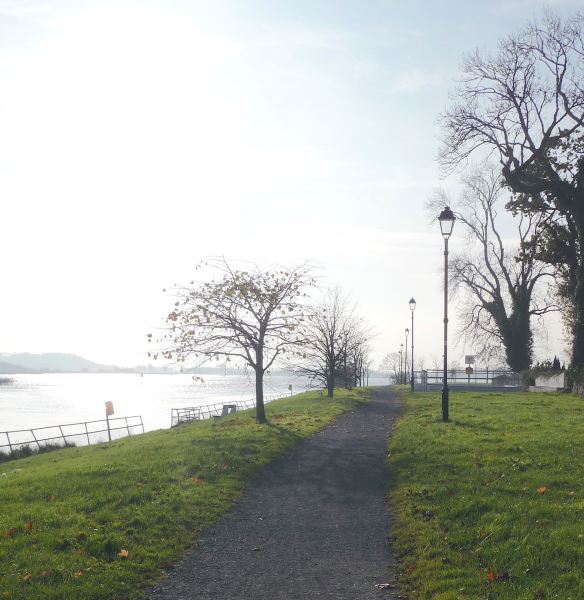