The highlight of our Bali holiday was the white water rafting experience on the Ayung River. From the northern mountains, the Ayung runs for 75 kilometres to Sanur Beach with a series of not too scary class II and III rapids along the way. Once we were kitted out with life-vests, helmets and paddles, we walked the 250 stone steps down to the river.

After further safety instructions, we set off for our 8km ride. There were peaceful moments, cruising along, admiring the verdant scenery.

We would then hear the words, “boom boom” from the back of the raft, a warning from the guide that we were approaching a rapid.

A bit of mad paddling, hopefully in the right direction, and we returned to cruising mode. We passed intricate carvings in the rocks, depicting the story of Ramanyana, an epic Hindu poem from 400AD. I’m not surprised it took two years to complete. The photos aren’t very clear but you’ll get the idea.

We indulged in a cooling swim at a particularly tranquil spot, a waterfall offering another dimension for those wanting a shower.

There were other rafters on the river but we all somehow maintained our own space.

The final rapid was rigged with a company camera so we could all take home an exhausted, exhilarated memento.

There were a different set of stone steps to climb before our reward of lunch, I could hardly walk for three days. A word of advice, if you have sore muscles, do not get a Bali massage! Seeing as we were in the vicinity, we wandered around Ubud after lunch,

enjoying a beverage while the world passed by. I found the glimpses of life beyond the main street fascinating, so different from our lives here in Tasmania. 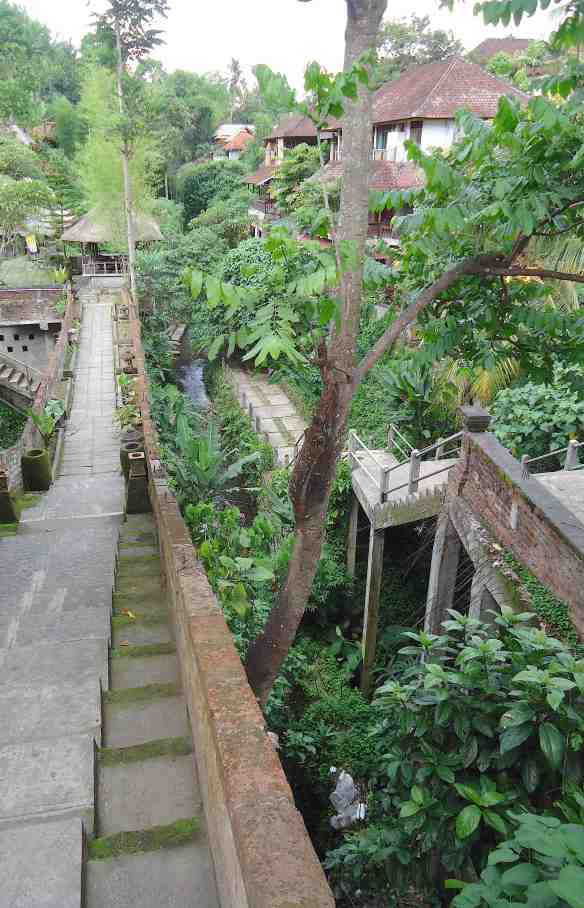 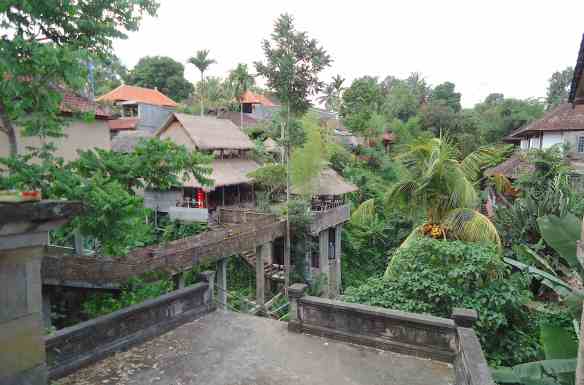 I have taken the liberty of using some photos taken by our friends on the day. I can’t remember whose was whose but you know who you are and I thank you.