On a warm December day in Sydney, we caught the ferry from Circular Quay to spend the day at Taronga Zoo. Officially opened in 1916, the zoo was based on the bar-less exhibits seen at Hamburg Zoo on a visit to Germany by the Secretary of the zoo in 1908. The 69 acre site is home to over 4,000 animals of 350 species and is a wonderful place to spend a leisurely day. The first animal we encountered was the gorgeous red panda. The deep rust-red colour contrasts beautifully with cream facial markings, the large claws a bonus when it comes to tree climbing.

These two were enjoying a nap in the humid heat, dreaming of their ancestors in south-east Asia. Binturongs have been described as a bear-cat and as tree dwellers with long bushy tails, it’s hard to believe they are distantly related to meerkats. Apparently, they have a strong odour of a cross between burnt popcorn and corn chips. We didn’t get close enough to find out.

The Java Finch seemed to be enjoying the steamy atmosphere in the waterbird exhibit. 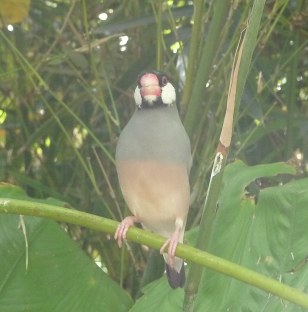 Usually a white bird, the Cattle Egret is seen on the backs of cattle making a meal of ticks and flies. The orange brown breeding plumage becomes bright red at the height of the season. Interestingly, a group of egrets is known as a “skewer”.

The smallest known ibis in Australia, the Glossy Ibis was showing the magnificent colours of breeding plumage.

The Asian elephant breeding program has been very successful at Taronga. The keepers led them out for their daily exercise, giving them wooden “toys” to play with.

The Sumatran Tiger and Snow Leopard were on alert 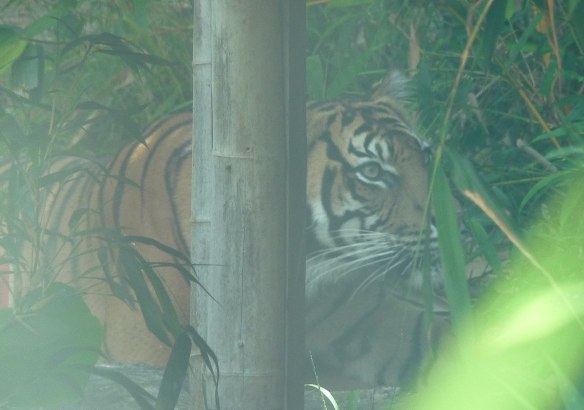 but there were others who had given in to the somnolent, steamy atmosphere. 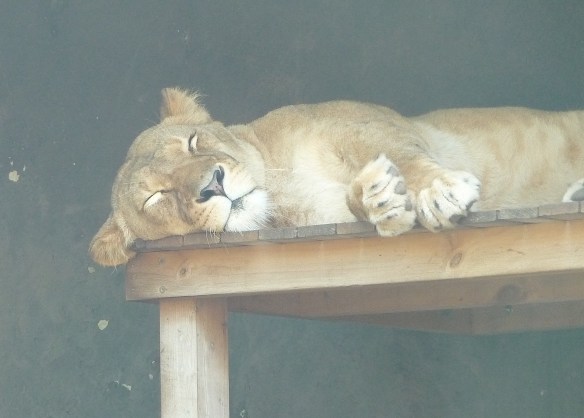 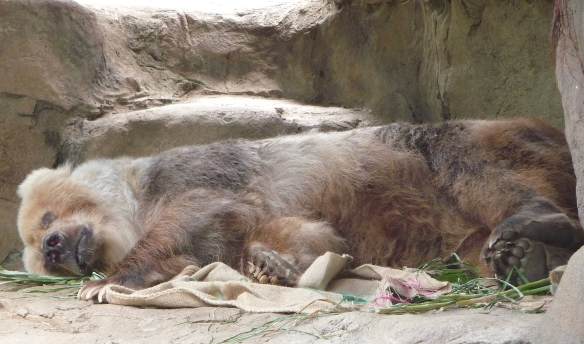 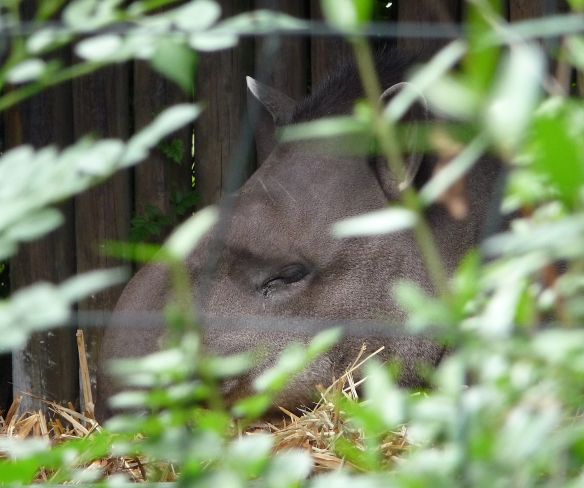 I have always had a soft spot for hippos and the baby pygmy hippo stole my heart. 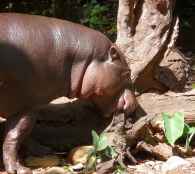 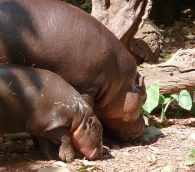 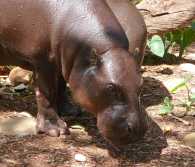 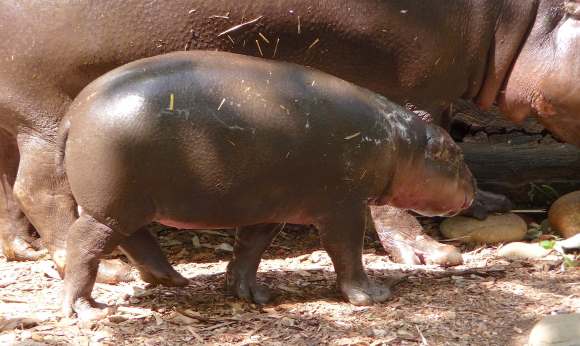 The meerkats were entertaining, as usual, I could watch them for hours. The dark patches around their eyes act as sunglasses to lessen the glare of the desert. 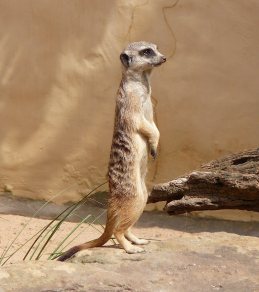 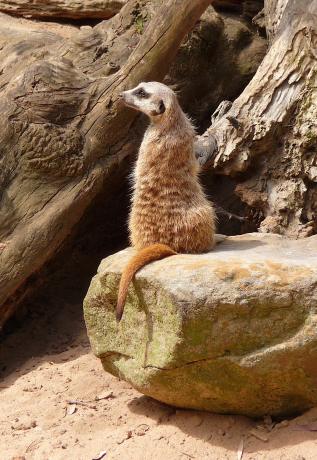 Mum and baby gorilla were enjoying a nap, dad doesn’t look too impressed at being left out. 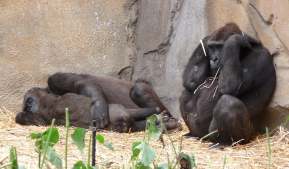 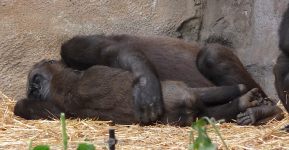 We passed the colourful cassowary and opulent ostrich

on the way to the giraffes. The meal didn’t look very appetizing but he was tall enough to catch glimpses of the Harbour Bridge. 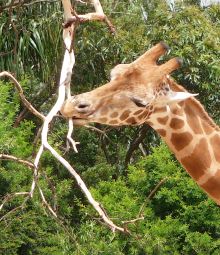 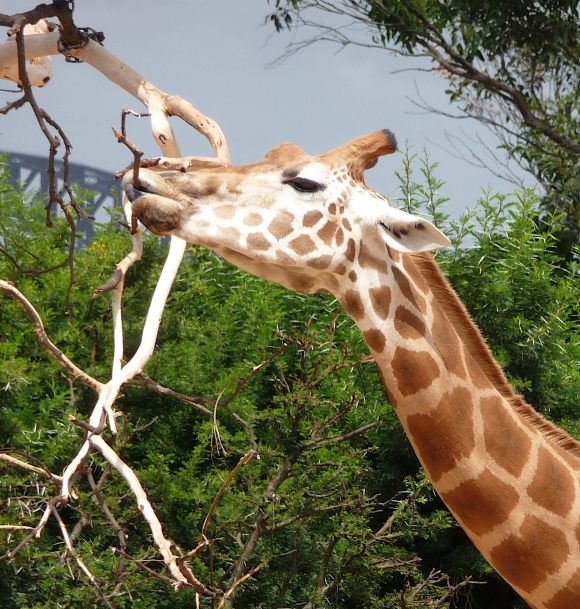 The world’s largest lizard at 3 metres long, the Komoda Dragon was magnificent.

Unfortunately, Tuka, as he was named, died two years ago at the age of 33.

There were many fascinating lizards and snakes, I won’t even attempt to identify them. 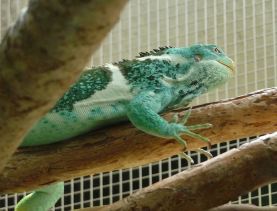 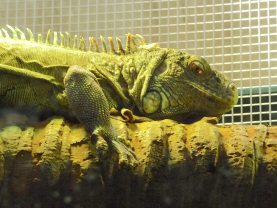 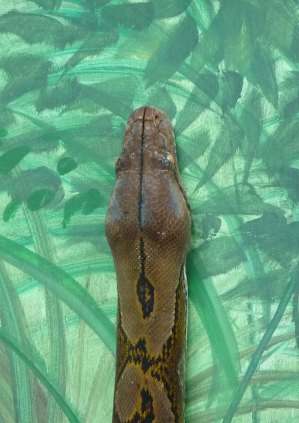 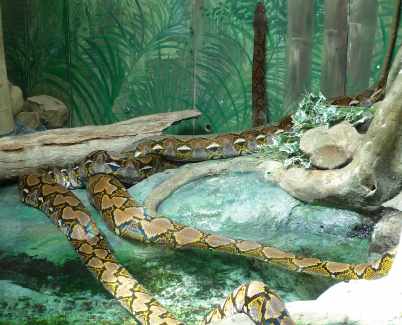 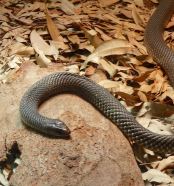 The Indian Star tortoise was heading for lunch

while the eastern snake-necked turtle cooled off in the pool.

The handsome countenance of the Rhinoceros Iguana reveals the sheer pleasure of basking in the sunshine. 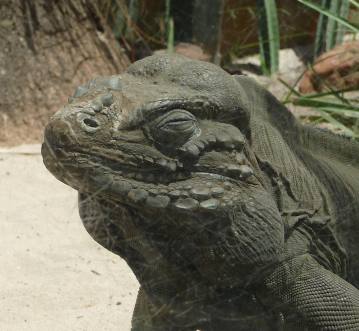 There was a fabulous view from the Sky Safari cable car. The lush verdancy  below

contrasted perfectly with the harbour and city beyond.

Watching the chimpanzees brought us back to earth. It’s not hard to believe they are our closest living relatives, sharing nearly 99% of our DNA. 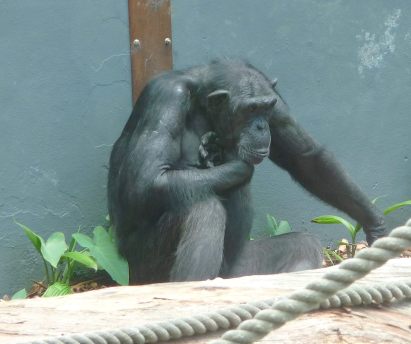 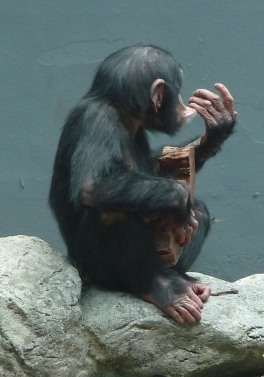 Nearing the end of our visit, we stopped by the farmyard where children can get close to the animals. The piglets were adorable 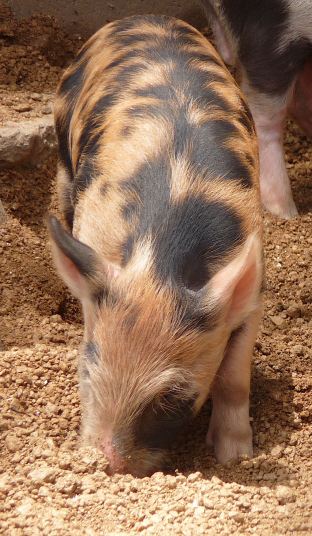 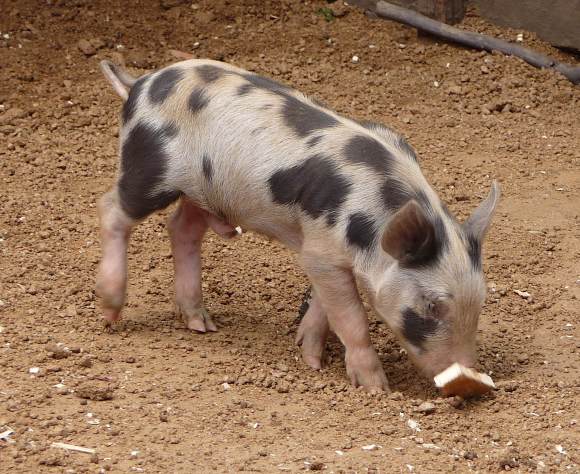 and the acrobatic goat had us wondering how she would get down from there.

We enjoyed every minute of our day at Taronga, and with a final hint from the crocodile on how to stay cool,

we returned to our apartment to do just that. 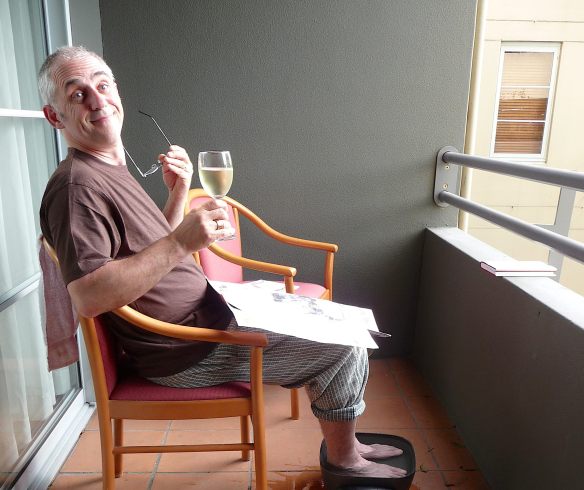