Winter is well and truly upon us. After a very mild autumn, we are having one of the coldest winters in Tasmania I can remember. Maybe it’s just that the bones are getting older? One morning last week, I awoke early and, after turning off the alarm on my phone, I checked the weather forecast. Currently 1ºC, feels like -3ºC. Fortunately, it was considerably warmer inside as the wood fire was still burning. Just before I left for work, I became aware of the subtle hues in the sky, promising a spectacular sunrise. 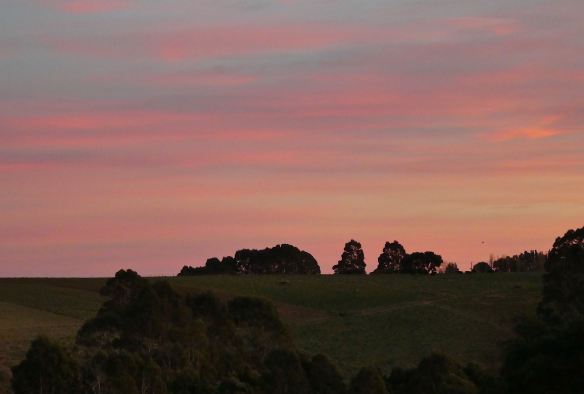 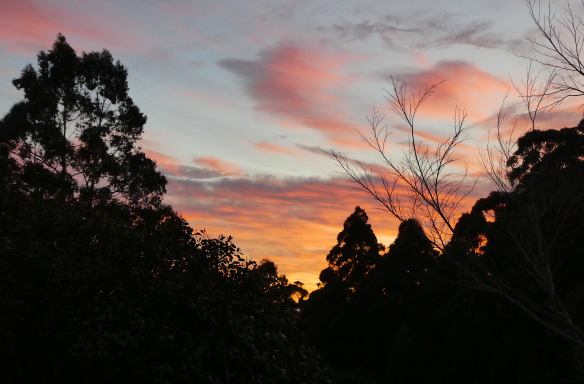 Making my way to the garage, I noticed the bird bath had frozen. The nocturnal creatures had left their calling cards as usual. 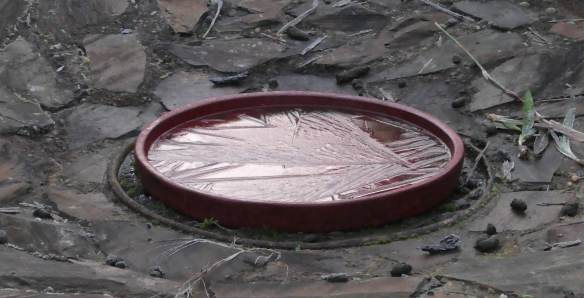 The frost was beautiful 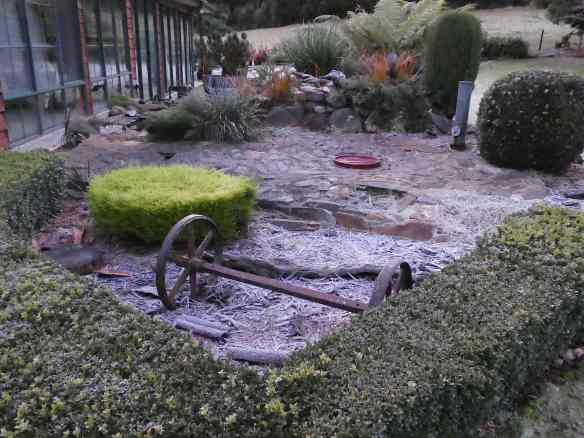 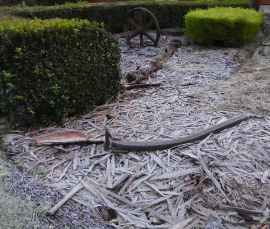 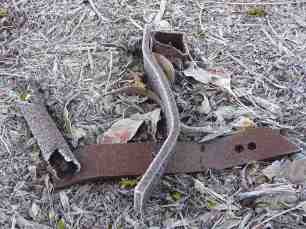 and crisp underfoot as Michael and Poppy headed off for their morning walk. 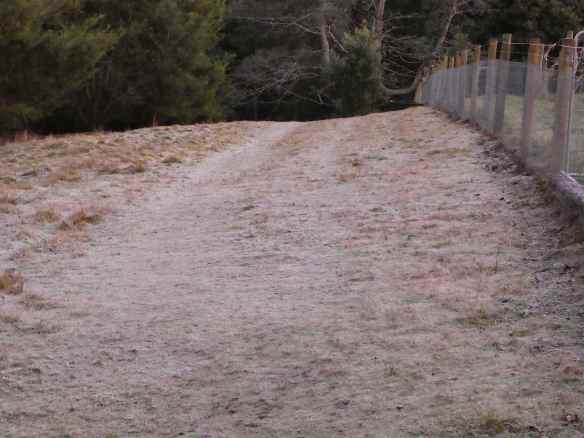 Driving along the dirt road toward the bitumen, this vision had me reaching for my camera. 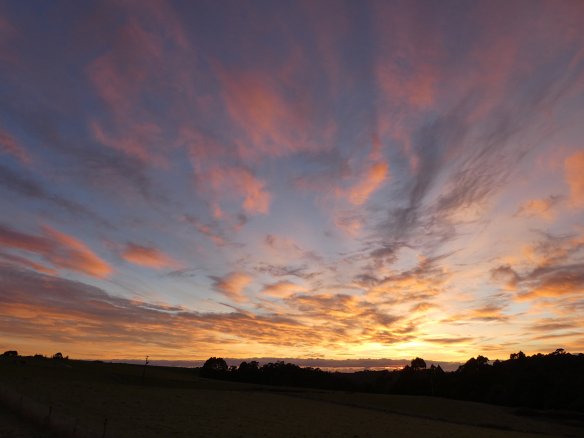 As I drove, I kept watch from every angle, intermittently testing the brakes as I stopped to capture the spectacle. 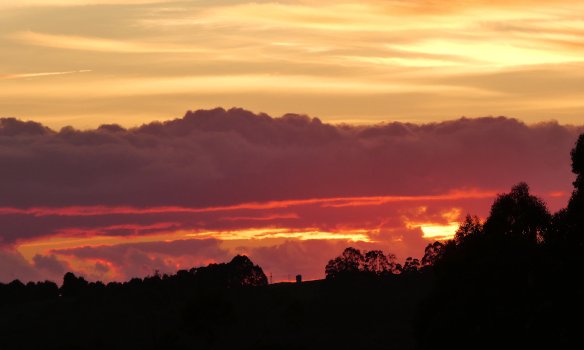 The newly ploughed chocolate paddock had a delicious topping of vanilla ice. 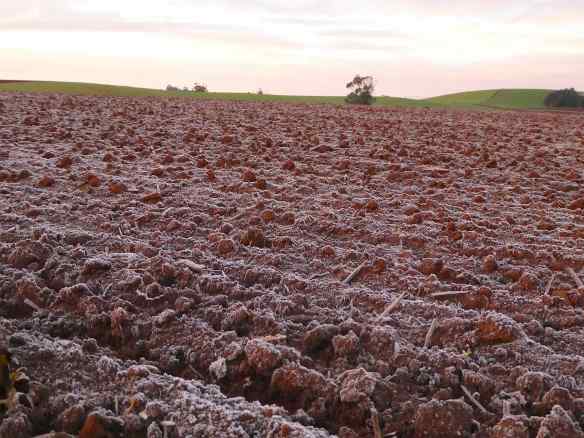 Travelling north, the fire in the east simmered, 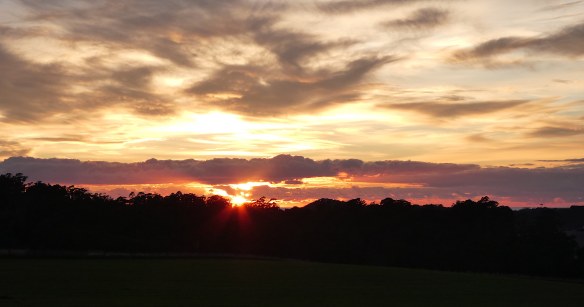 the roofline silhouettes a captivating contrast. 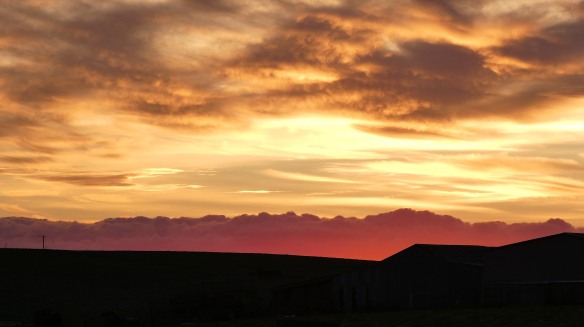 In the valley, the frost lingered 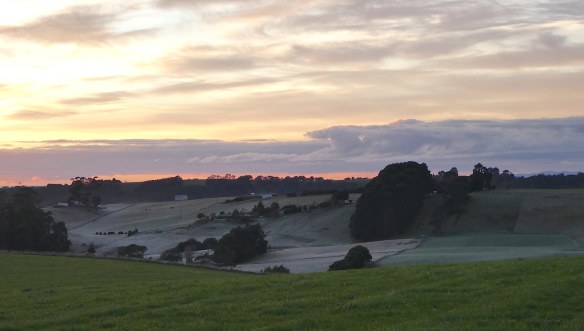 before the road climbed again. One last glimpse of nature’s wonder. 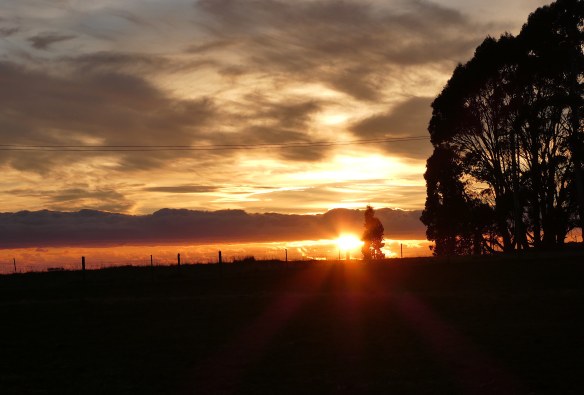 The moon was still high in the sky over the suburbs of Burnie. 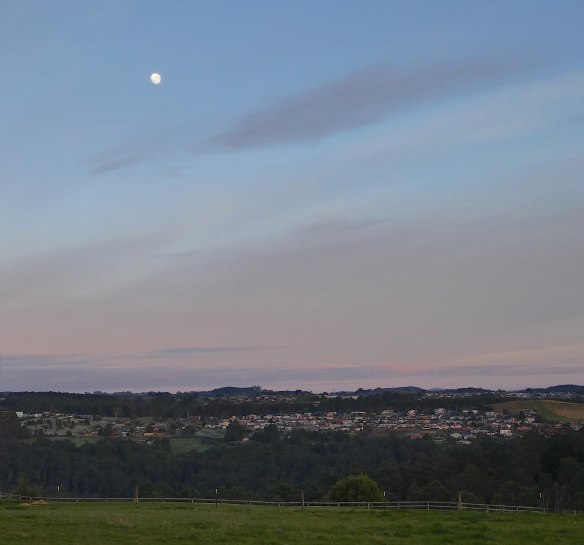 I really had to get to work.