One of the advantages of travelling off season is the availability of accommodation. We stayed at the St. George Hotel, a magnificent Edwardian building right in the heart of Harrogate. 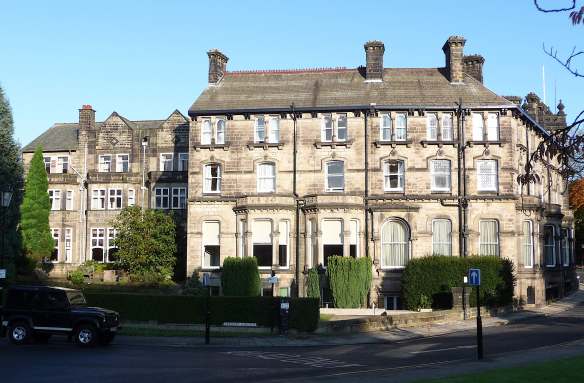 It was like stepping back in time, with elegant furnishings in the lobby

and a very welcoming, comfortable room.

Not only had we found a fabulous place to stay, a three-course dinner each night was included in the price. The dining room had a huge central dome with stunning leadlight.

This pic isn’t very clear but it shows the intricate detail in the ceiling and cornices.

On a sunny autumn morning, we strolled the streets of Harrogate and soaked up the history of this beautiful North Yorkshire town. Known as ‘The English Spa’ after healing waters were discovered in the 16th century, the wealthy flocked to the town for treatments. The Royal Baths, considered to be the most advanced centre for hydrotherapy in the world, opened in 1897.

The Kursaal opened six years later, the German word translates as ‘Cure Hall’. At the beginning of World War I, the theatre was renamed the Royal Hall and is now a venue for events and entertainment.

The architecture throughout the town was spectacular and the multitude of shops were housed in fantastic buildings. 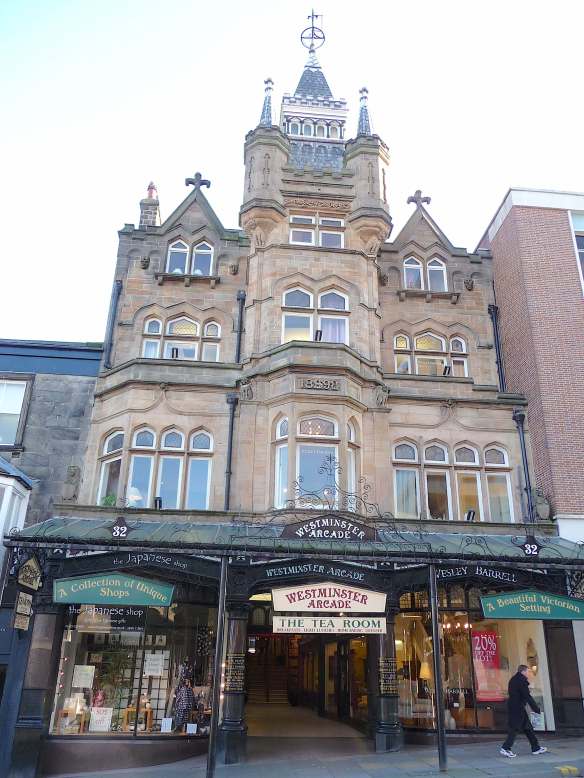 A walk through the park

brought us to the Montpellier Quarter, home to exclusive shops, cafés and art galleries. 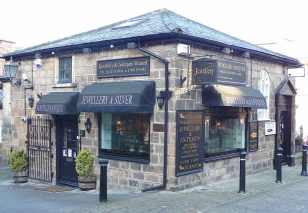 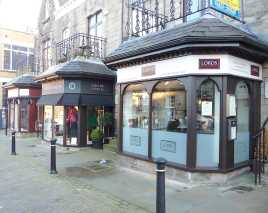 Too early in the day to visit the Royal Pump Room Museum, it sounded like a fascinating journey into the bygone era of weird and wonderful spa treatments. Built in 1842, the octagonal structure is quite distinctive. 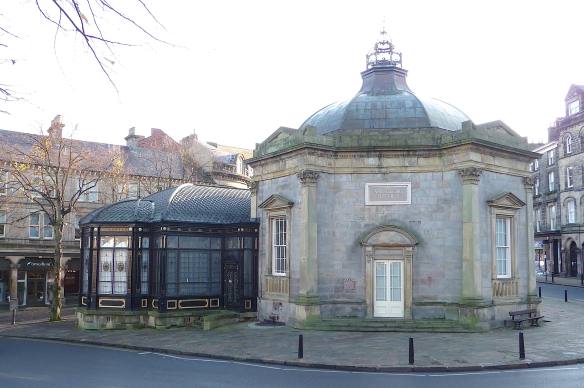 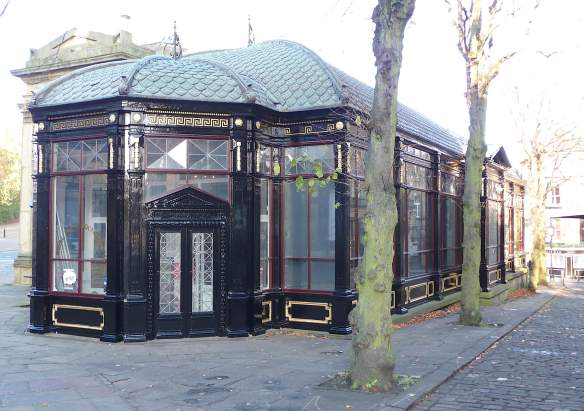 The Majestic Hotel certainly lives up to its name. Set in eight acres of landscaped gardens, the palatial Victorian hotel sits on a hill overlooking the town. Built in 1899, it has an interesting past with many celebrity guests, a fire in 1924, three bombings in 1940 and the subsequent loss of the massive glass Winter Garden that earned it the nickname the ‘Yorkshire Crystal Palace’.

Next time, I would like to stay at the Majestic Hotel.