Continuing westward on our travels, we stumbled across Sidmouth, a seaside town on the coast of East Devon.

It began to develop as a destination for ‘discriminating  visitors’ around 1800. Its popularity was a result of its climate and surroundings. We both remember the coffee and scrumptious cake we enjoyed at a café on The Esplanade. 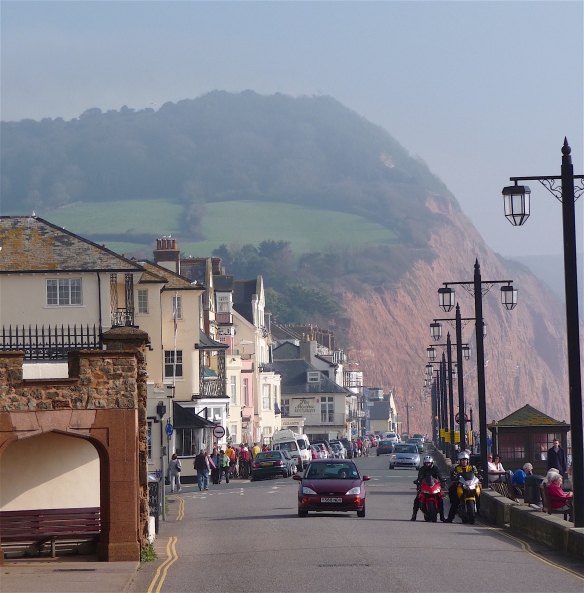 We wandered along the seafront, past the Belmont Hotel, a gorgeous luxury reminder of the Regency era. 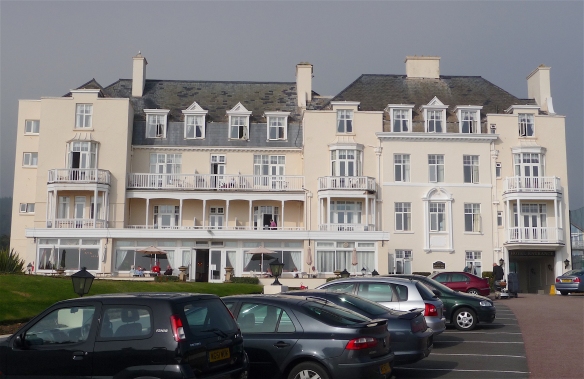 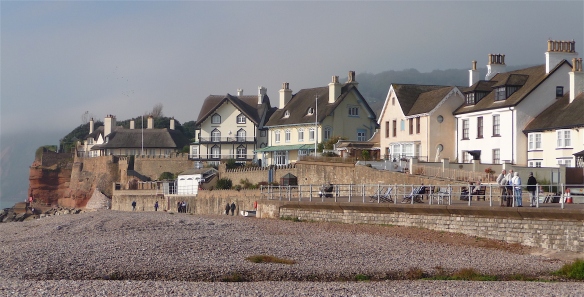 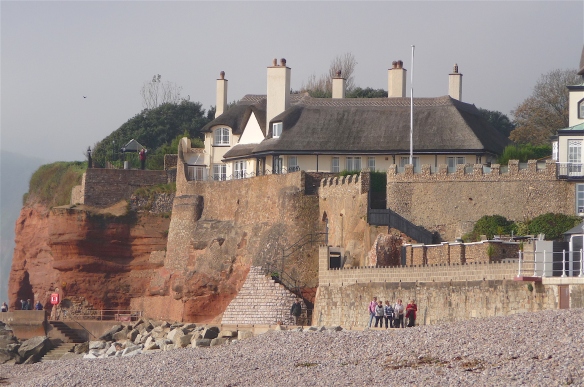 The striking red cliffs, formed 240 million years ago during the Triassic period, form part of the Jurassic Coast. 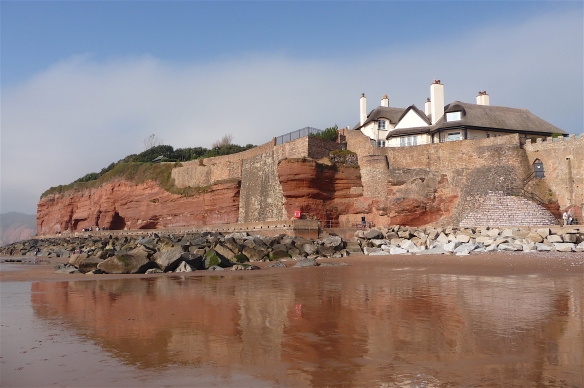 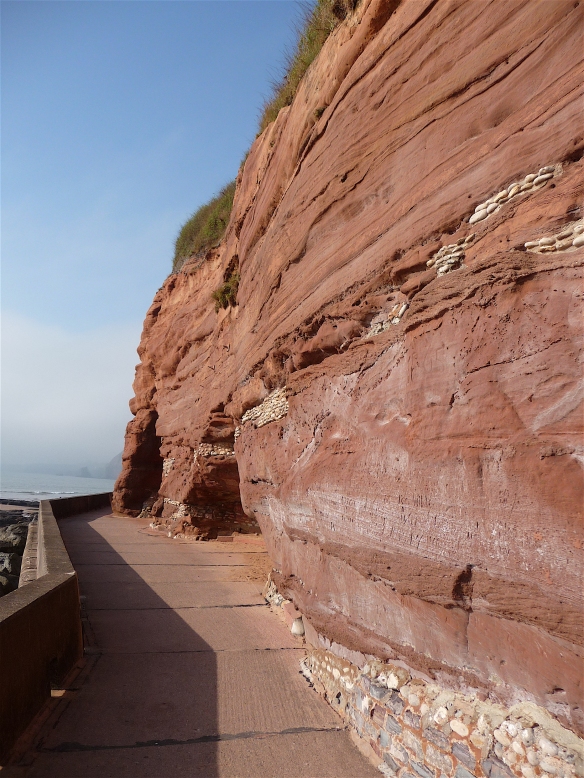 Once a 17th century lime kiln, the Clocktower Café is perched on the cliff with sensational views. 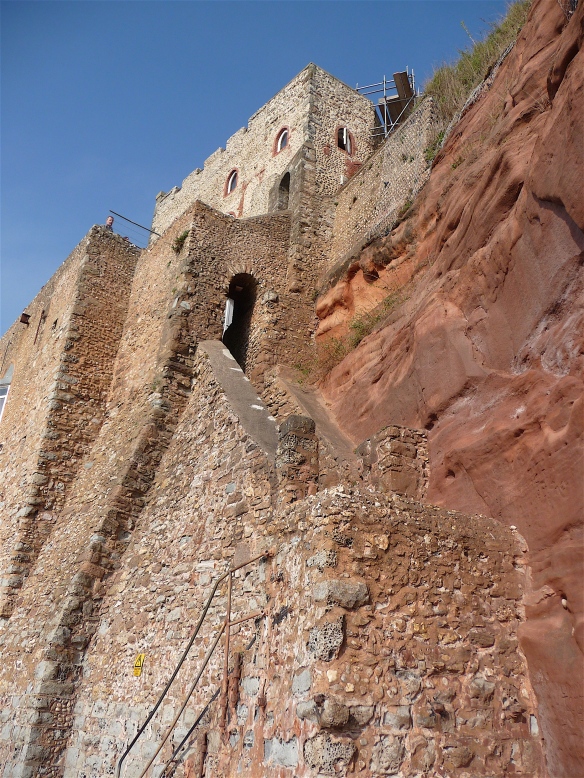 The path around the cliff leads to Jacob’s Ladder beach, named after the series of wooden steps leading up to the cliff top gardens. 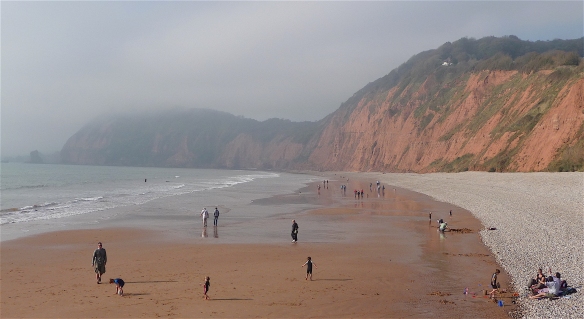 The 24  colourful beach huts at the base of the steps can be rented from April to September.

The house on the cliff overlooking the beach was intriguing. 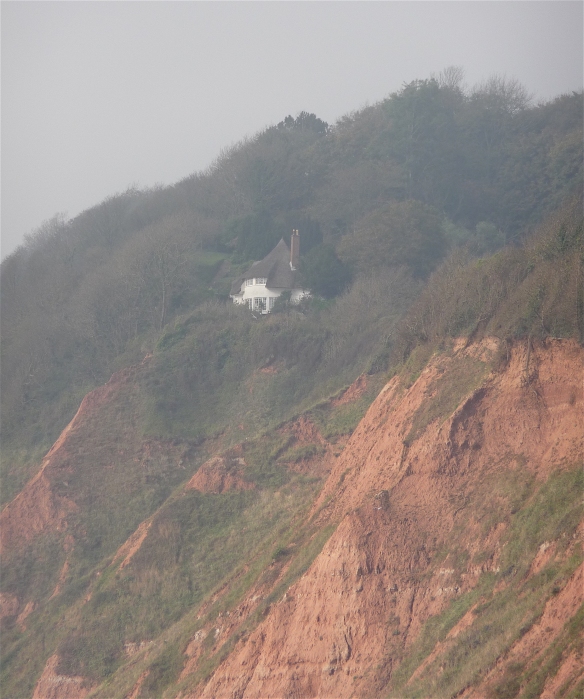 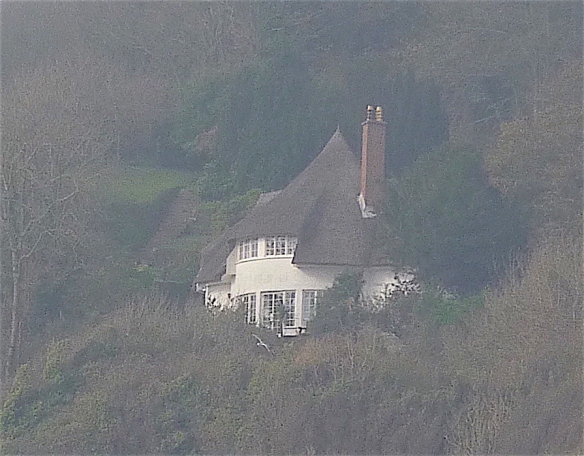 Not far from Sidmouth, on the edge of Dartmoor National Park, we discovered Castle Drogo. 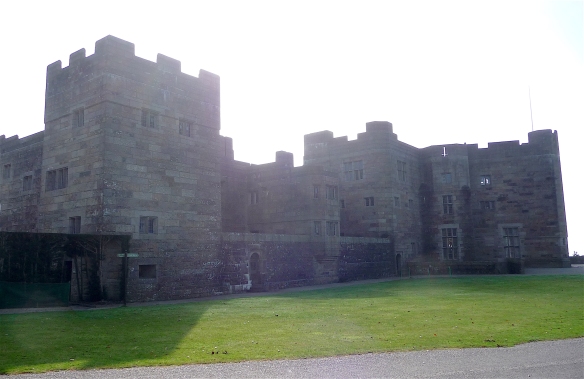 Although it appears to be a medieval castle, it was built from local granite between 1911 and 1930 for self made millionaire Julius Drewe. It was the last castle built in England and was delayed with the First World War and subsequent economic downturn. 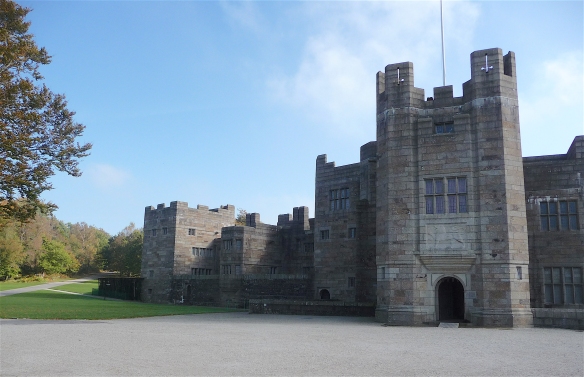 Above the entrance was a sculpted lion and the Drewe family motto, ‘Drogo is my name and valour gave me arms.’ 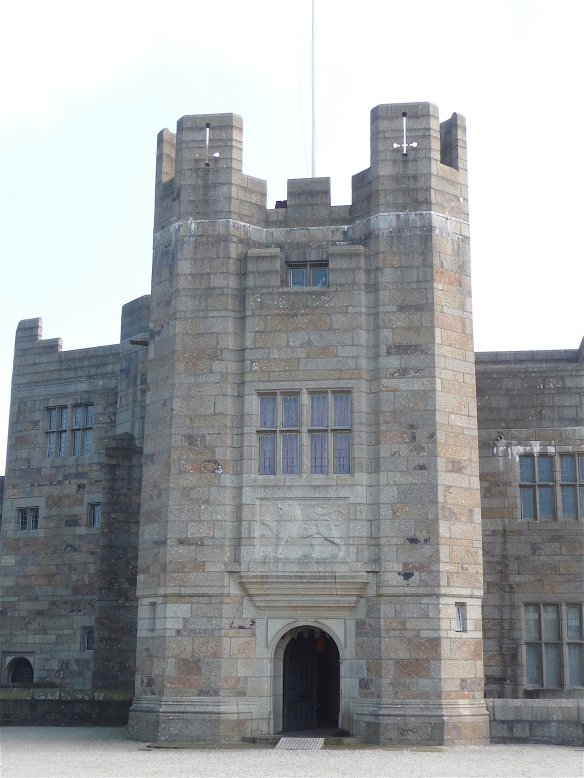 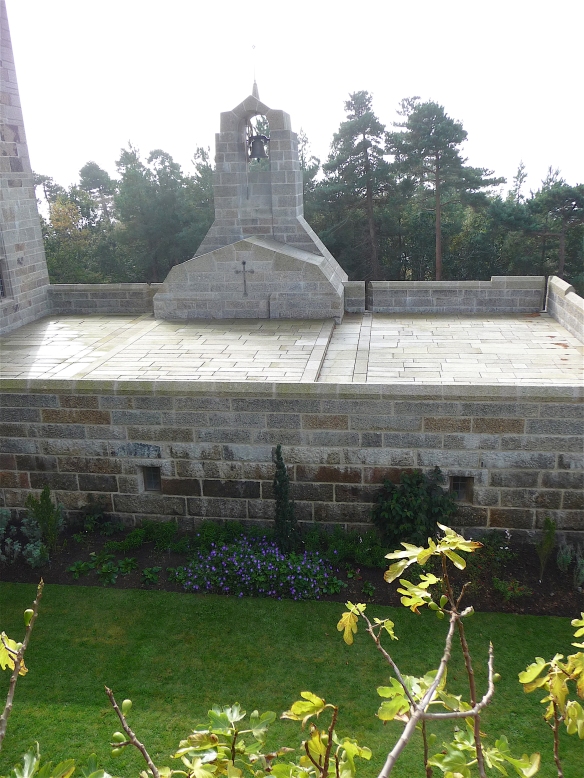 the views across Devon were breathtaking. 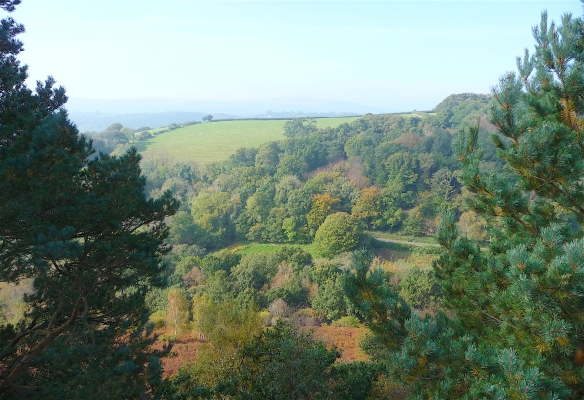