Last Saturday marked the anniversary of the arrival of the First Fleet at Sydney Cove. Captain Arthur Phillip, commander of the eleven convict ships and first Governor of New South Wales, raised the Union Jack on 26th January 1788. Since then, Australia Day has been celebrated across the land with citizenship ceremonies, concerts and various community festivities, along with barbecues and beer. The Aboriginal people, however, refer to the day as ‘Invasion Day’ and see it as a day of mourning rather than a reason to celebrate. There has been much controversy surrounding the appropriateness of the date, with protests as far back as 1938 during the sesquicentenary celebrations in Sydney. A recent poll found the majority of Australians weren’t too fussed about the date, as long as there is a national day of celebration. Perhaps Australia Day should be a celebration of Australia and the multicultural country it is today, not tied to any historical moment?

There is a plethora of festivities to choose from here on the northwest coast of Tassie. The Rotary Club Foreshore Fiesta at Somerset was our obvious choice as Michael had been invited to join Tarkine Strings , a classical string ensemble who , this time, were entertaining the crowd with innovative blues renditions. We arrived early on a warm, sunny day (though a little windy).

and before long, the upbeat blues tones were issuing forth to compete with nature’s gusts. 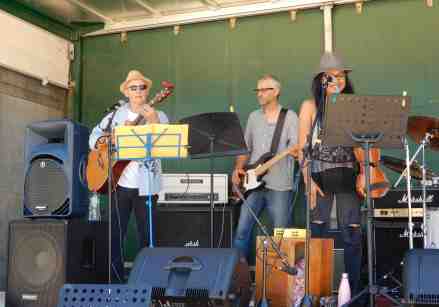 Away from the stage, there was more than enough to keep the youngsters occupied. A gorgeous Benscroft Miniature Hereford calf won hearts just doing what calves do 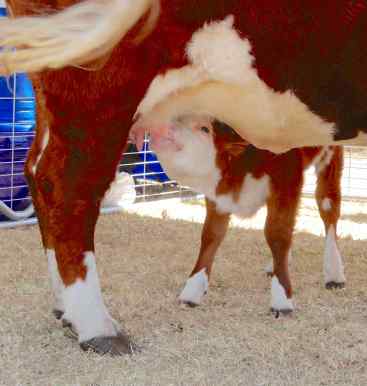 and Yolla District High School brought along animals for the petting zoo.

I’m pretty sure the alpaca winked at me before nonchalantly turning away.

For those who appreciate the piquancy of diesel as much as I do, the Historical Machinery Club of Tasmania had a rather impressive collection of old engines and farm implements as well as some model train carriages. 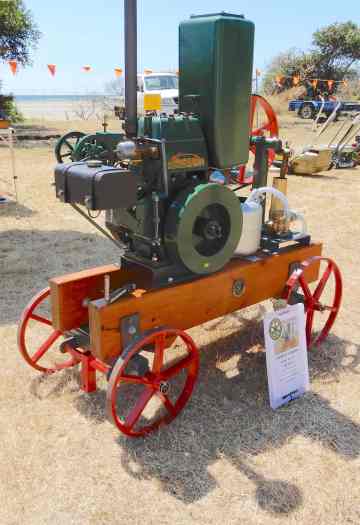 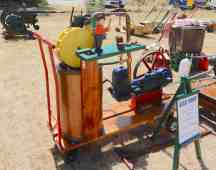 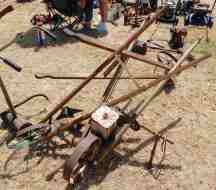 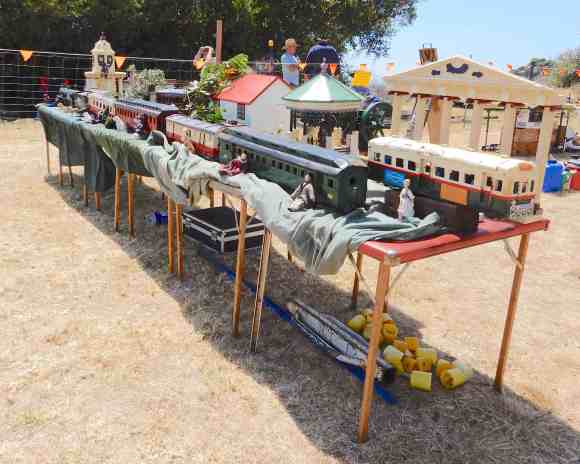 There were a few stalls selling various goods 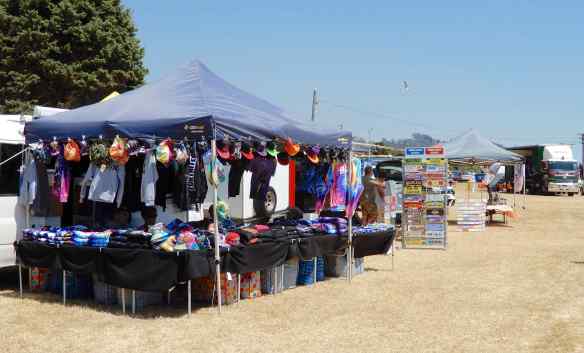 and no shortage of amusements for the kids. 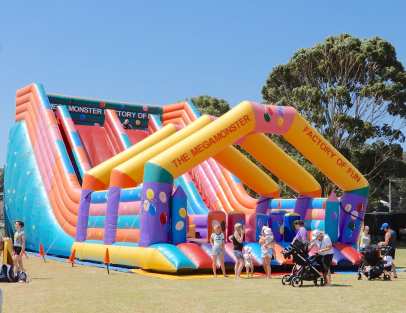 It was good to see one fire engine not needed to fight the terrible bushfires, although I’m sure she has earned her retirement.

There were a few options for sustenance but we couldn’t go past the good old Aussie barbecue for lunch. With a choice of sausage sandwich, hamburger or steak sandwich (onions optional but highly recommended), tomato or barbecue sauce what more could we want?

Tarkine Strings returned for a second set before handing over the stage to the next band. 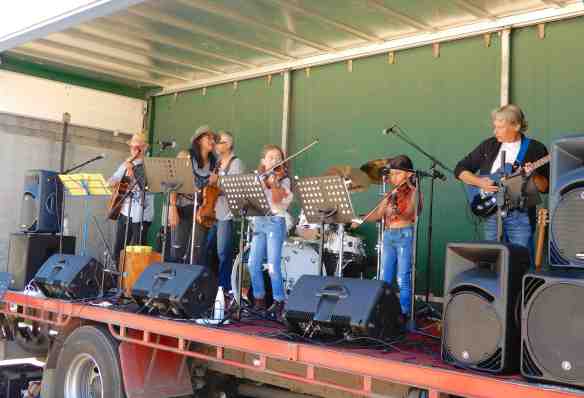 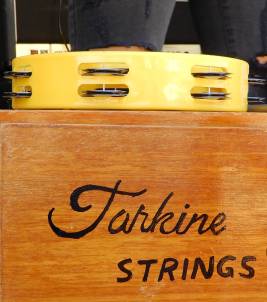 Unfortunately, we had other obligations and had to leave but I have it on good authority that the day was a success with all proceeds going toward the purchase of a wheelchair equipped bus for the Burnie School of Special Education. For a musician’s perspective, have a look at Michael’s post on Tiger Dreaming