Tasmania is renowned for having four seasons in one day and spring is especially unpredictable when any one season could stay for the whole day. My sister had come to visit, we had planned a day out to Stanley and nothing was going to stop us. After browsing the array of wondrous shops in the main street and a delicious lunch at the hotel, we braved the inclement conditions for a spot of fossicking on Godfreys Beach. My sibling is more practised at the fine art of beachcombing and it wasn’t long before I left her behind in the shadow of The Nut.

I was distracted by the lovely reflections cast in the shallow water of the incoming tide. 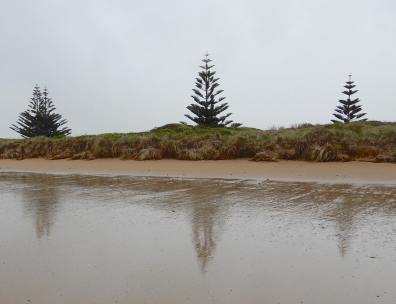 Despite the drizzle, there was a serene stillness to the air and the ocean was calm as far as the horizon.

Returning to the task at hand, I didn’t find anything of human value, though the sand was scattered with nature’s wealth. 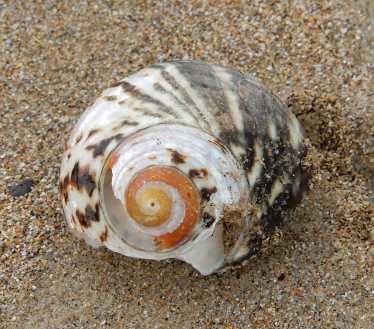 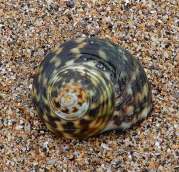 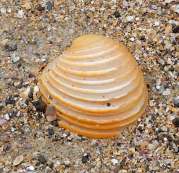 My attention was again diverted by the amusing antics of a lone gull abluting in a shallow pool amongst the rocks. 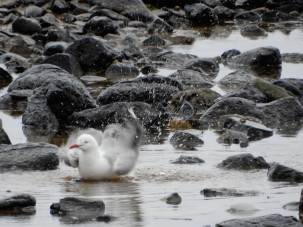 The appearance of a second bird didn’t interrupt the routine 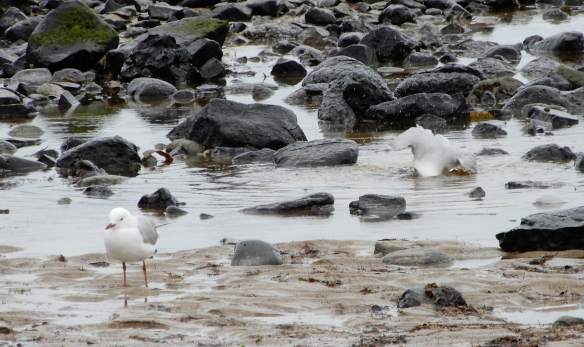 and a third sat nonchalantly before finally giving in to the temptation. 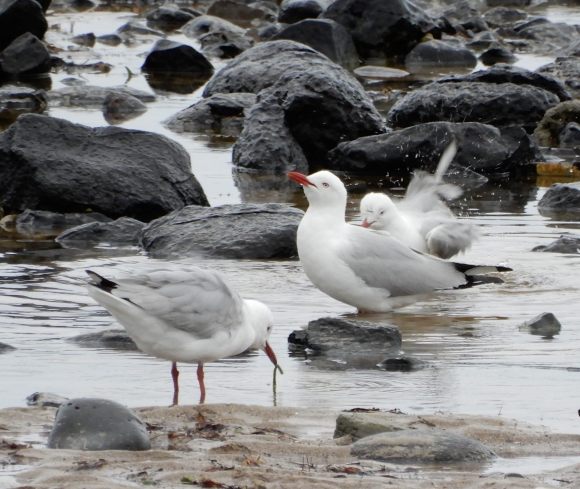 Further along the beach, the rocks appeared to be wearing green toupees. 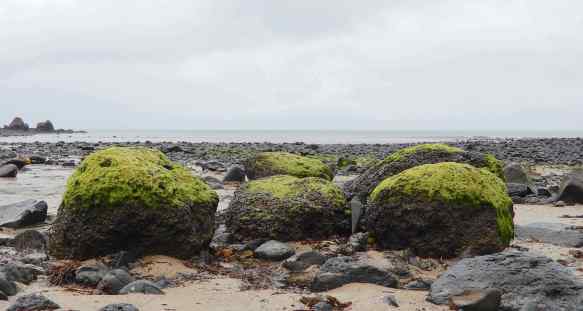 The tessellated pavement of rock ended at the northern headland, I had walked the 1.1km stretch that is Godfreys Beach. 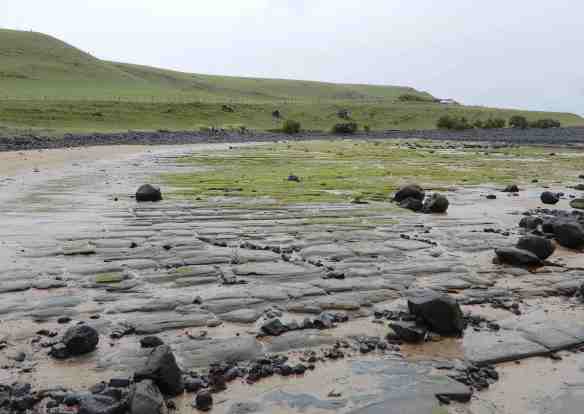 Now, where was my sister?