We were both looking forward to seeing the Colosseum while in Rome and had booked a tour well in advance. Not just any tour, one that would take us underground through the  tunnels and dungeons where gladiators and animals awaited their fate. Having to fit in around other plans, we only had one day available to do this and it was a national public holiday. We were very disappointed to learn, two weeks beforehand, that the decision had been made to close the Colosseum on that day. Instead, on a drizzly Roman morning, we boarded a “hop-on hop-off” bus to see the sights. Approaching the Colosseum, it became apparent that it was, in fact, not closed that day. The sheer size of the construction was breathtaking.

We easily arranged another tour with a small group, it didn’t include the dungeons but it was a fabulous experience with a very entertaining guide. We had time to admire the Arch of Constantine before the tour began. The largest surviving Roman triumphal arch was erected in 315 AD to commemorate the victory of Emperor Constantine over Maxentius. The arch is decorated with an array of intricate Roman sculptures.

Originally known as the Flavian Amphitheatre, the Colosseum was commissioned in 72 AD by Emperor Vespasian of the Flavian Dynasty. The nefarious Emperor Nero had built a huge palace for himself after a great fire destroyed Rome in 64 AD and then took his own life four years later. Vespasian gifted the land back to the Roman people and built the arena as a place for public entertainment. The amphitheatre opened in 80 AD, celebrating with 100 days of games in which more than 2,000 gladiators lost their lives. 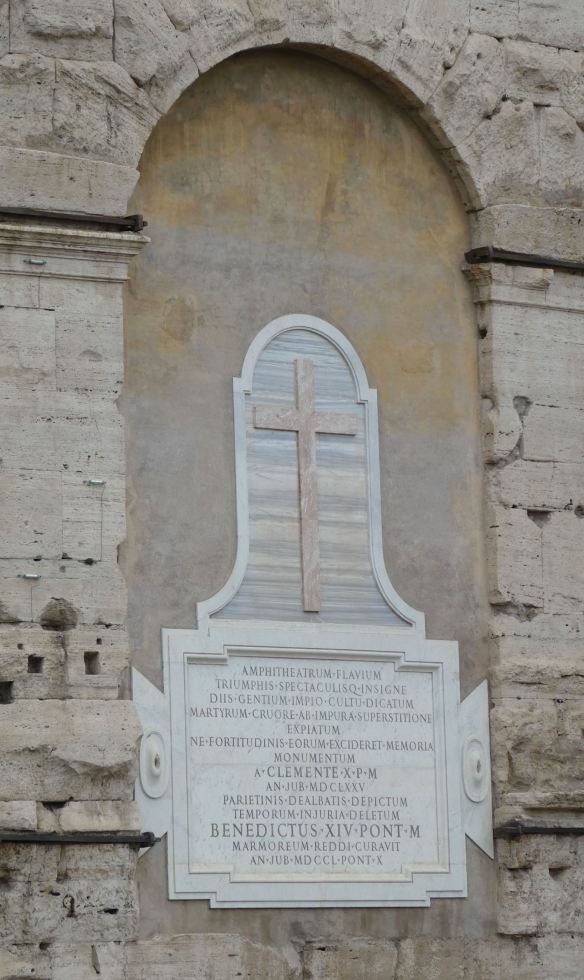 The exterior has three storeys of arched entrances supported by semi-circular columns of which each storey has a different style.

More than 50,000 spectators, with numbered pottery shards as tickets, would enter the stadium through passageways that led to a tier of seats.

The best seats were allocated to the Emperor and the Vestal Virgins, followed by the senators. Some of the areas have names carved in stone, presumably reserving the seats for the notables. 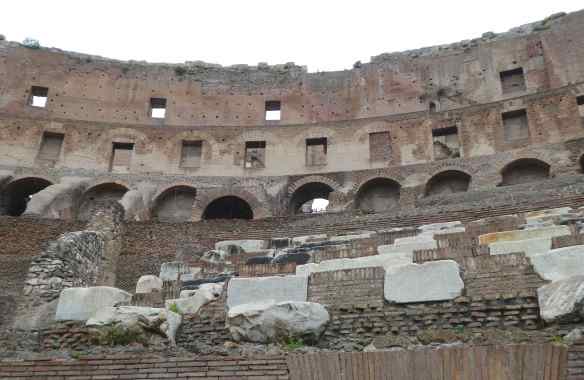 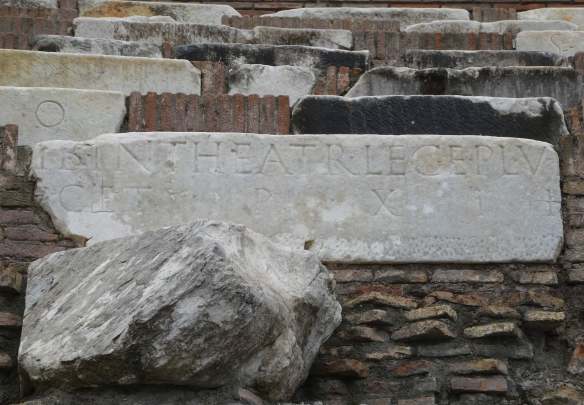 The rest of the tiers were filled according to social ranking, with standing room only at the very top for those less worthy. Gravediggers, actors and former gladiators were among those banned from the Colosseum entirely. 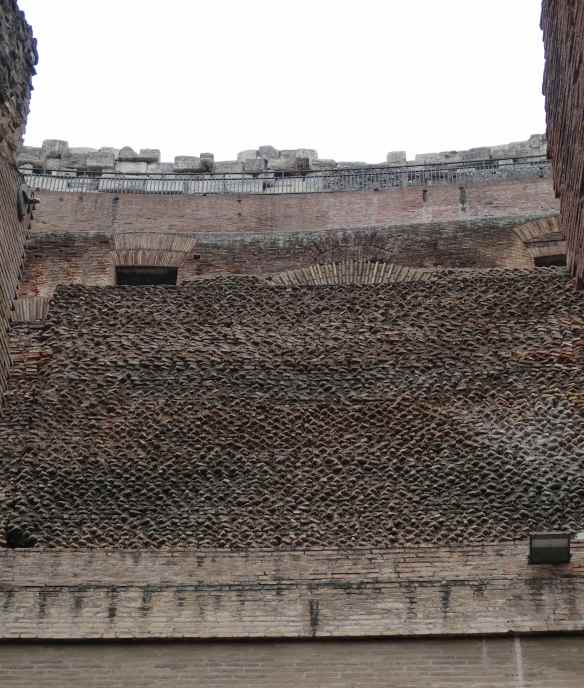 Measuring 190 by 155 metres, the Colosseum was the largest amphitheatre in the Roman world. 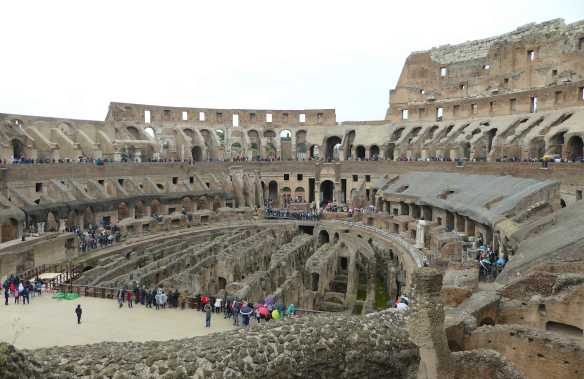 The maze of tunnels underneath the arena 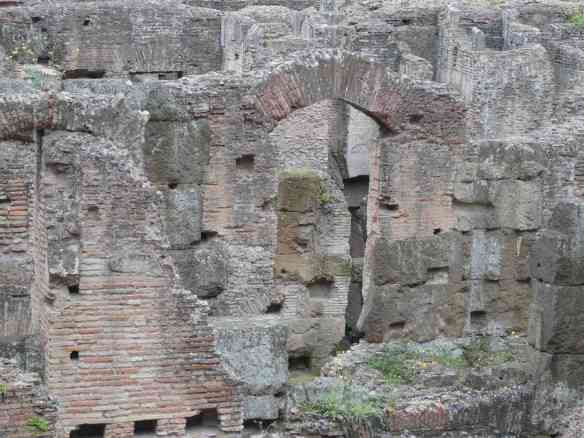 were connected to the outside to allow for animals and gladiators to be brought in. There were elevators and pulleys for lifting caged animals as well as scenery and props.

It seems to me that modern arenas have followed the ancient Roman design, nothing much has changed. At ground level, there are eighty entrances, each one numbered, so the venue could be filled and emptied quickly. 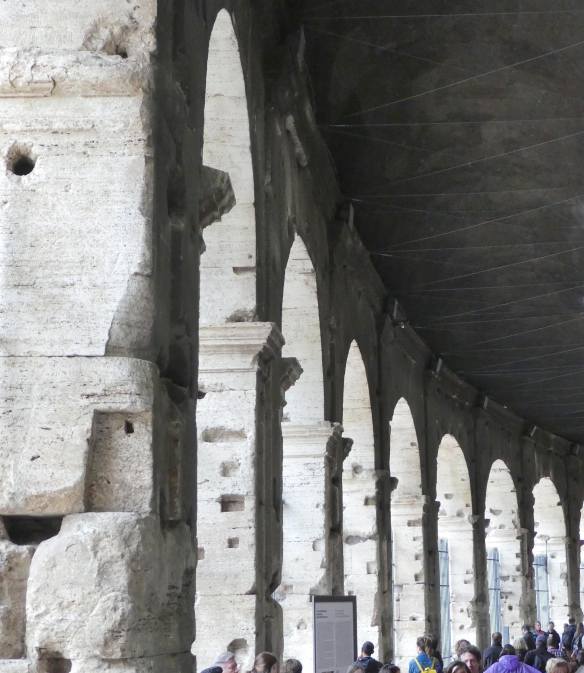 The stadium was used for four centuries, until gladiatorial combats were no longer considered the height of entertainment. The Colosseum was abandoned  and used as a source of building material. Along with vandalism, earthquakes and natural weathering, two-thirds of the original structure has been destroyed. I know I always say this about ancient technology but the complexity of the stonework never ceases to amaze me. 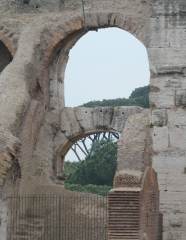 There were many different types of gladiators in ancient Rome and each had his own set of weapons and armour, some fought only specific foes. They are represented in these preserved bas relief sculptures.

Various popes sought to conserve the arena as a sacred Christian site in the 18th century. In the early 19th century, triangular brick wedges were added to shore up the walls 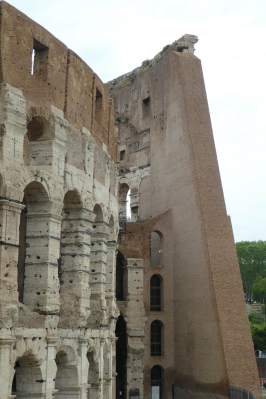 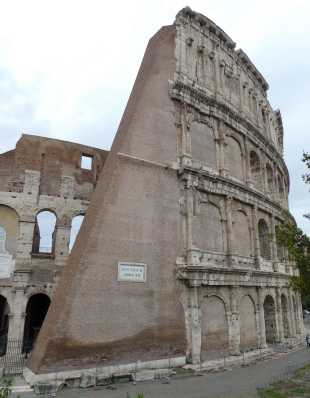 and in the 1990s, restoration efforts began in earnest. We caught a final glimpse of the Colosseum as we went in search of lunch and the opportunity to ponder life in ancient Rome.

5 thoughts on “The Colosseum”