There were some interesting additions to the city of Lucca on our last visit. Spectacular sculptures by Jiménez Deredia graced the main squares, their smooth, spherical lines a startling paradox to the surrounding ancient buildings. 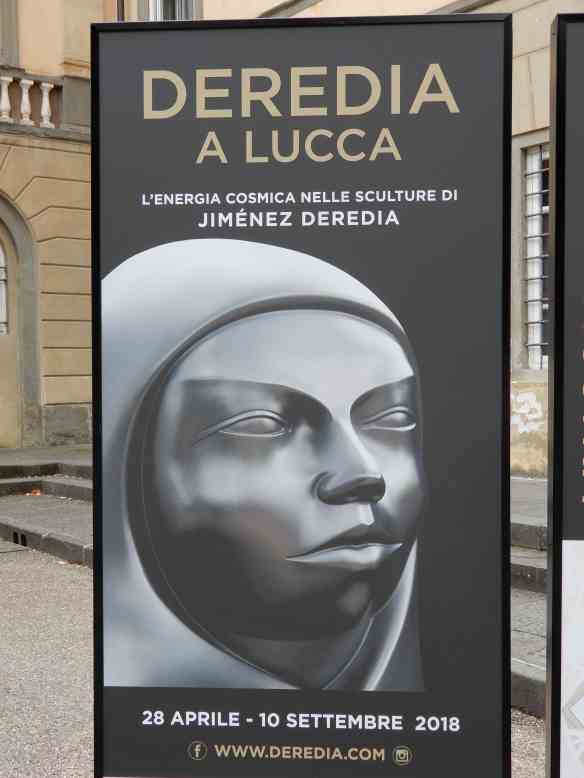 Jorge Jiménez Martinez was born in Heredia, Costa Rica, in 1954 and began sculpting at the age of 13 after attending an art workshop. His signature style was influenced by the pre-Columbian sculptures of the Boruca tribe, monumental granite spheres he had seen in a museum as a young child. We came across the first sculpture just outside the city walls at Porta San Pietro, Genesi Costa Rica. 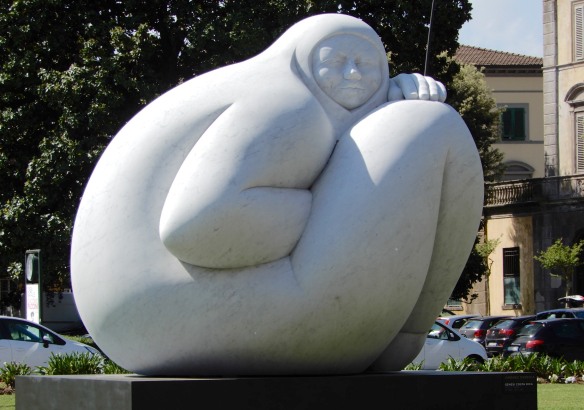 Martinez moved to Italy when he earned a study grant at the age of 22 and started working in marble and bronze. He graduated from the Academy of Fine Arts in Carrara, the marble from the Carrara quarries has been used for centuries for both building and sculpture. Juego was waiting at Piazzale Vittorio Emanuele, her bronze curves impossibly smooth. 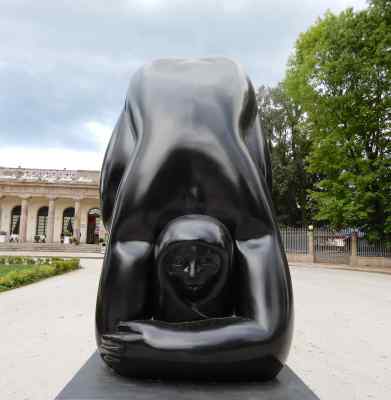 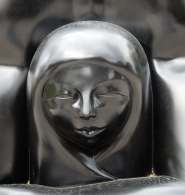 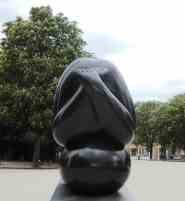 In the early 1980s, Martinez changed his name to Deredia. He created a series of works known as Geneses in 1985, representing the transformation of matter and his belief that we are all just stardust, transmutating over time. Reclining in Piazza del Giglio, Recuerdo Profundo looks comfortably serene. 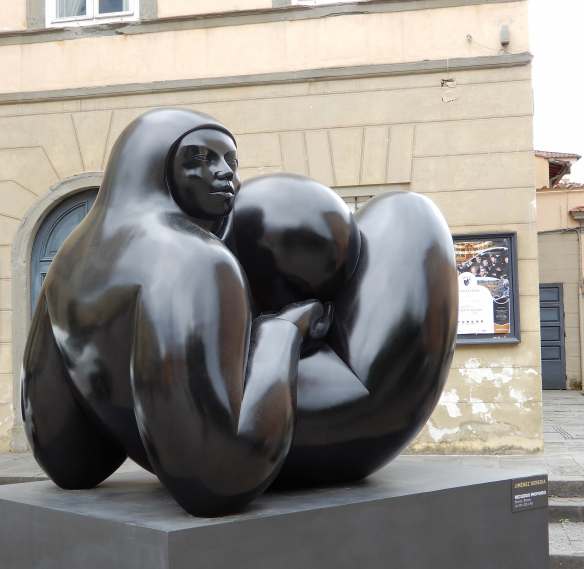 Mistero seems incongruous against the 13th century façade of San Michele in Foro. 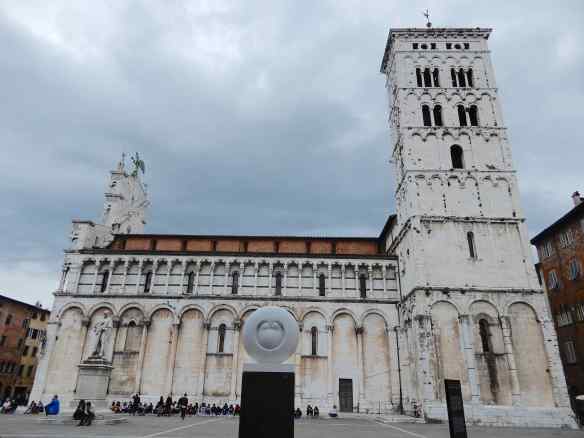 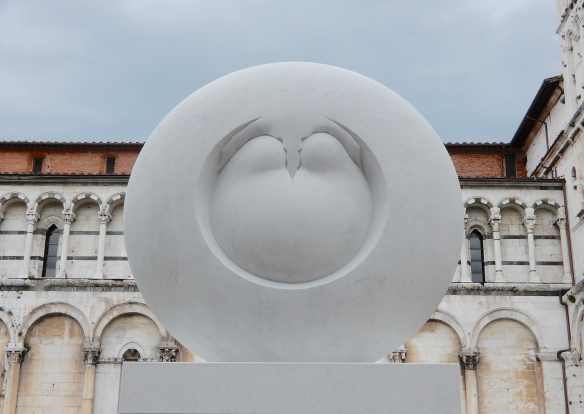 Feminine qualities feature strongly in Deredia’s work, from motherhood, fertility and birth to different stages of life after birth. There were another three sculptures in Piazza San Michele, Germinacion, 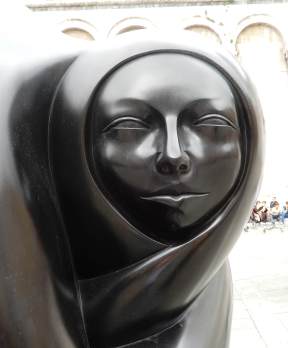 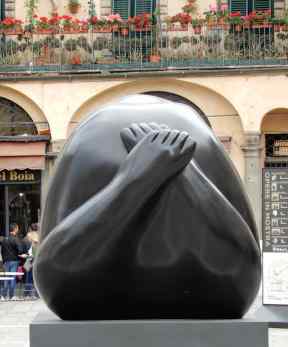 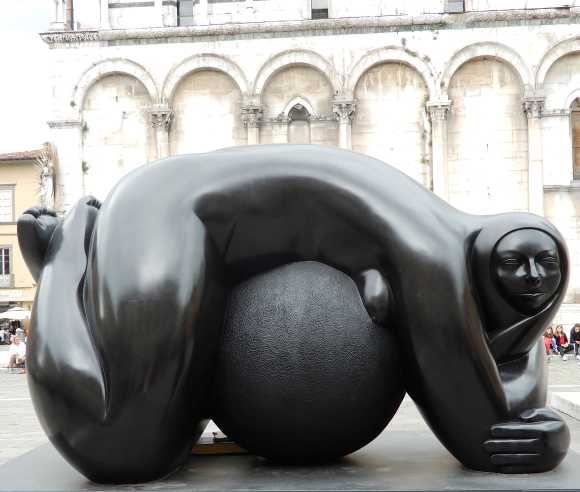 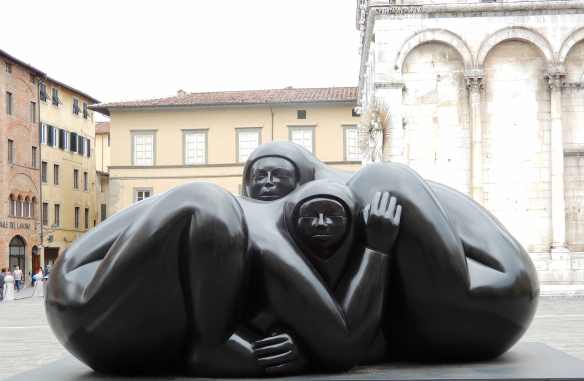 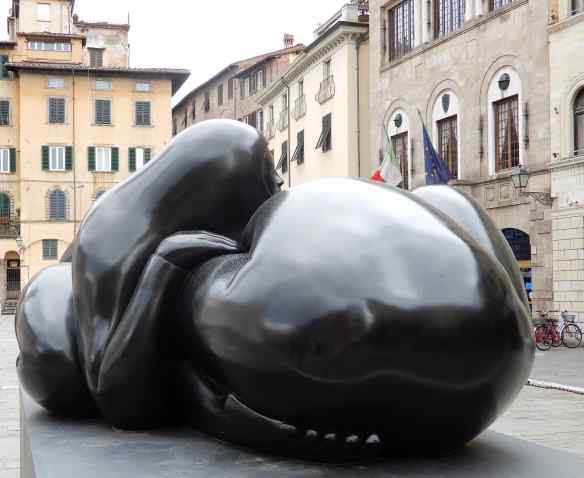 and a very contented Plenitud. 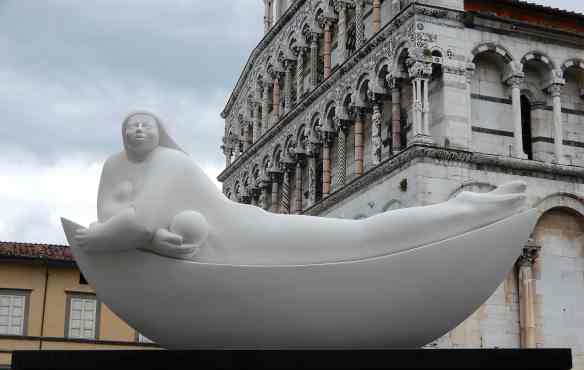 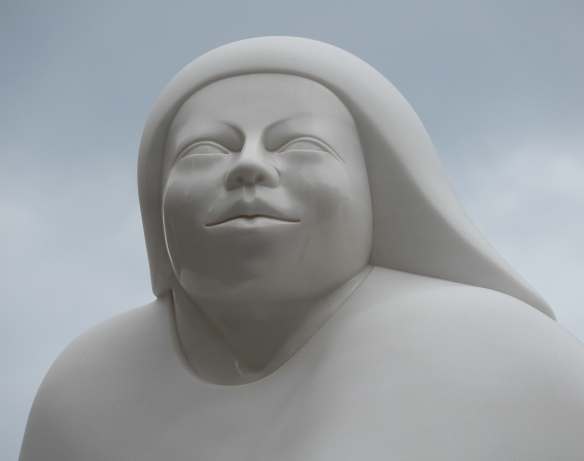 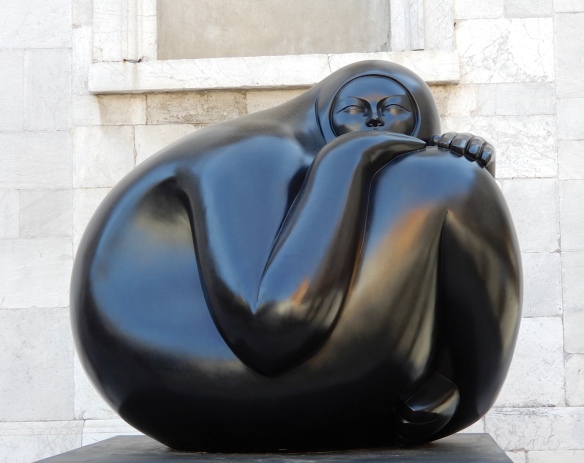 while the perfect spheres of Essenza and Transmutazione continued the theme of fertility in Piazza San Martino. 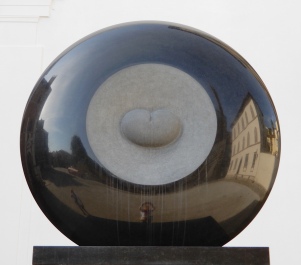 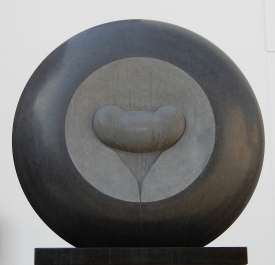 The sheer size of the sculptures was breathtaking. Pareja in Piazza dell’Anfiteatro with a breadth of more than three metres, was a beautiful, imposing presence of two women leaning on each other, the roundness of their bodies reflecting the light. 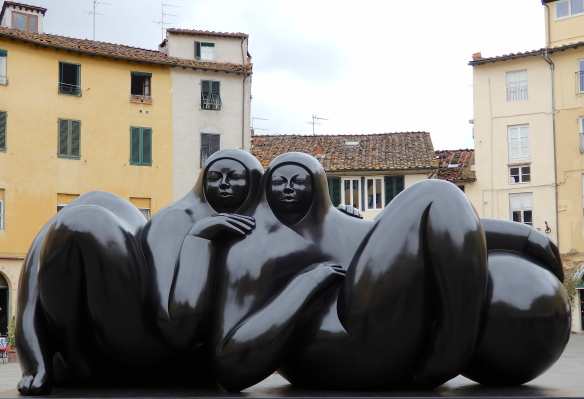 It was a privilege to experience Deredia in the enchanting city of Lucca.

2 thoughts on “Deredia a Lucca”