We all know that feeling of walking smack bang into the middle of an orb weavers web. These clever spiders spin their beautiful webs at night to catch unsuspecting flying insects, enjoy an early morning snack and retreat for the day leaving the web to catch unsuspecting humans. We had one residing in the veggie patch, just to the left of the door and we never failed to fall prey upon entering. The spider proved smarter than we are and moved to one of the beds where she wouldn’t be disturbed. Early one morning, she (or he) was resting in the middle of the web. 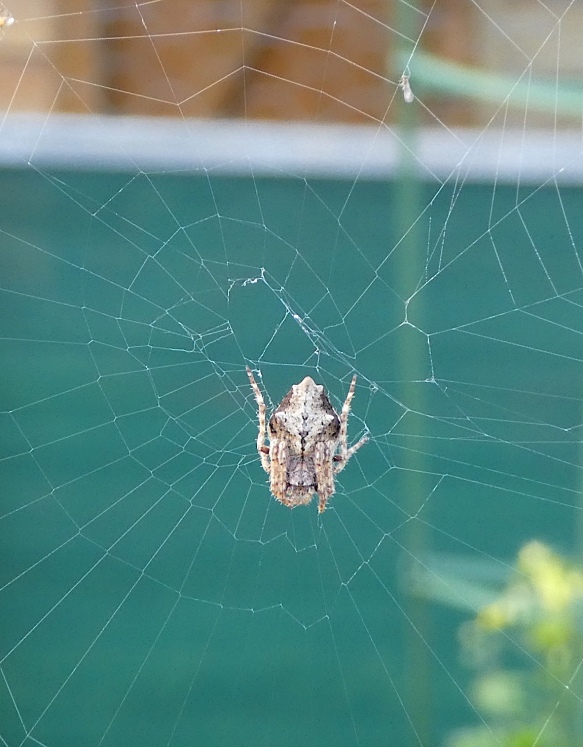 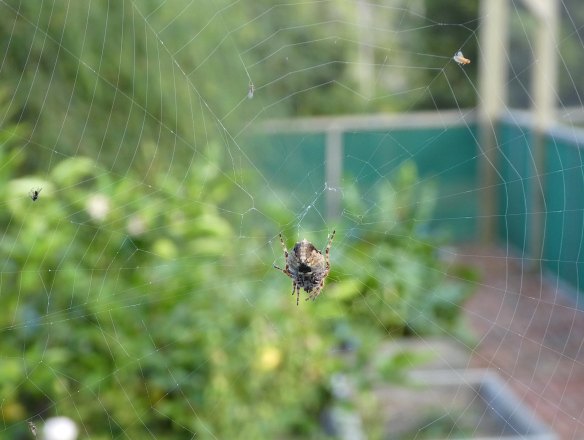 As I watched, she woke up and moved toward a tasty morsel that had fallen foul during the night. 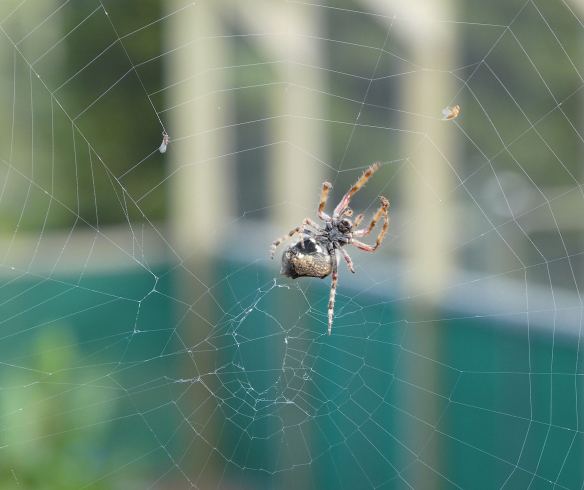 She grabbed her breakfast and returned to the centre of the web to dine. 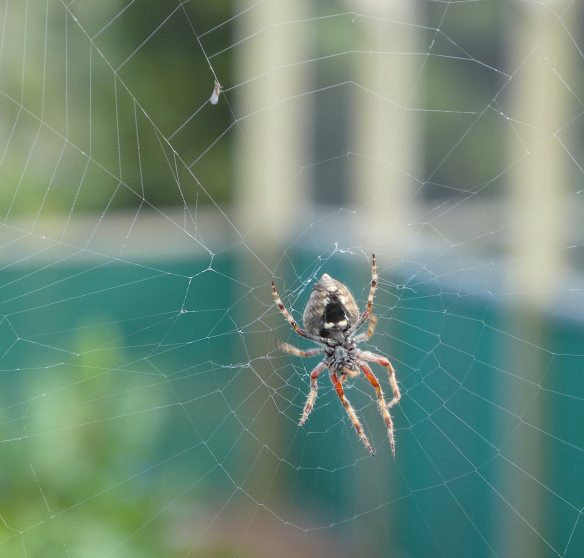 She then curled up and went back to sleep. 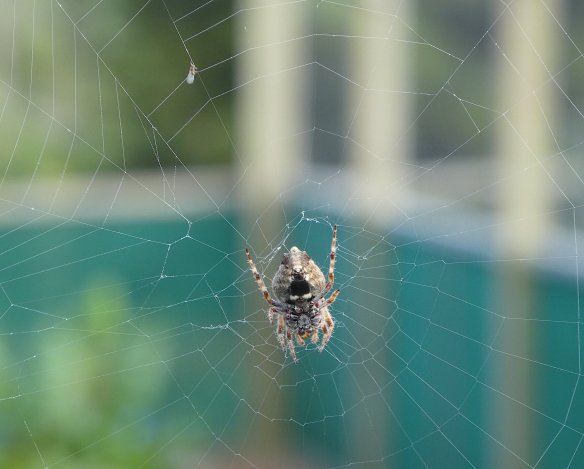 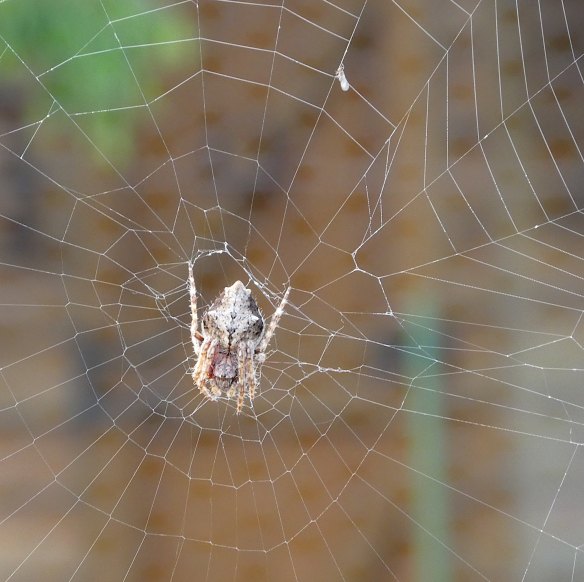 I am grateful to her for helping keep the insects from the succulent leaves of the veggies.