Sydney is my favourite Australian city. There is something stirring about the skyline, and the stunning harbour is a fascinating paradox of bustle and tranquility. Having admired the panorama from the top of the Harbour Bridge, we were eager to see more. What better way than from a helicopter? Our early morning flight departed from the heliport at Sydney airport and it wasn’t long before the magnificent bridge was in our sights. 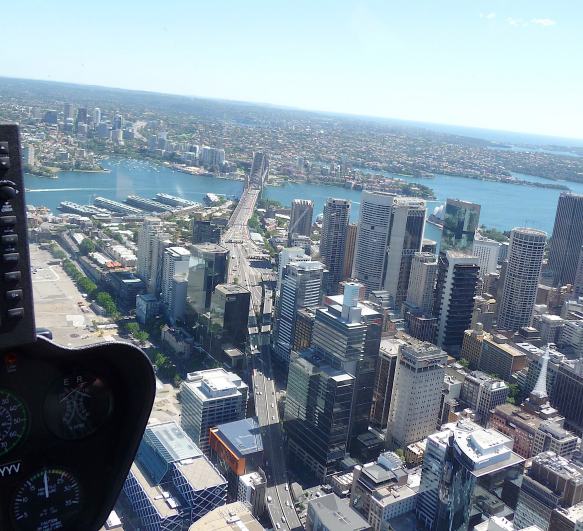 At Bennelong Point, the spectacular Sydney Opera House keeps company with Government House, next to the Royal Botanic Garden. 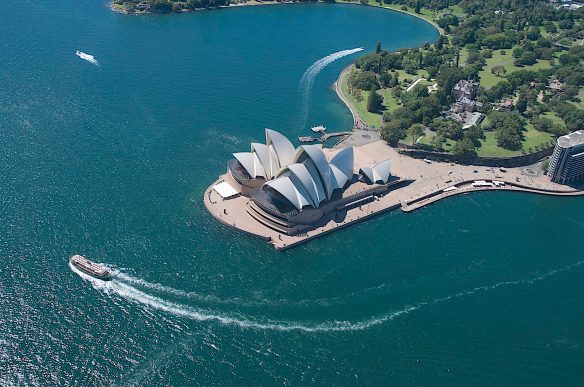 We left the harbour behind 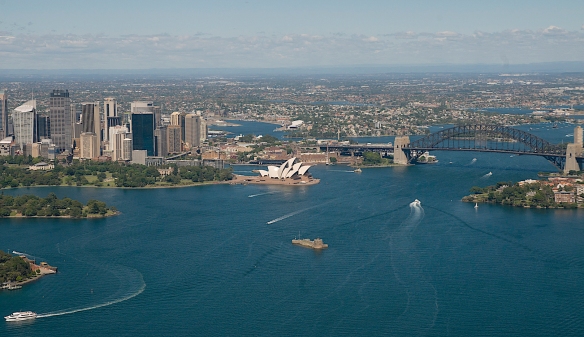 as we made our way toward Manly and Sydney Heads.

We turned south over Watsons Bay

to take in the impressive eastern suburb beaches of Bondi, 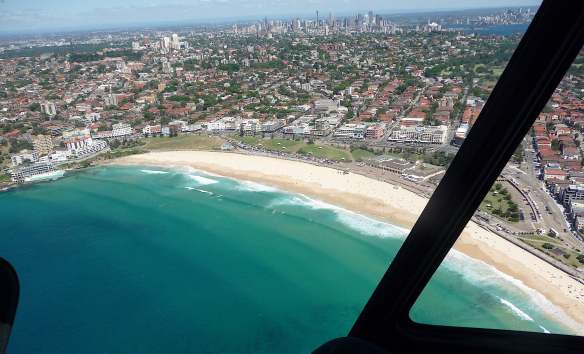 Wedding Cake Island is just off the coast at Coogee Beach, the white water breaking over it gives the appearance of icing.

we left the coast and returned to the airport.

Our first helicopter flight was a fabulous experience

thanks to the guys at http://www.blueskyhelicopters.com

11 thoughts on “soaring over Sydney”