Leaving Caernarfon, we followed the Menai Strait northward with the Isle of Anglesey across the water to our left. The Menai Bridge was built to carry traffic between Anglesey and mainland Wales.

Construction began in 1819 with the towers on either side of the strait, built using stone from Penmon quarry on the island.

It was the first iron suspension bridge of its kind in the world, completed in 1826.

We walked across the bridge, stopping to admire the view northward to the Irish Sea.

We couldn’t resist a visit to nearby Penrhyn Castle.

It’s not really a castle at all but a country house built to resemble a Norman castle.

Created between 1820 and 1833, Penrhyn was built on the site of a 14th century manor house and is now owned by the National Trust. 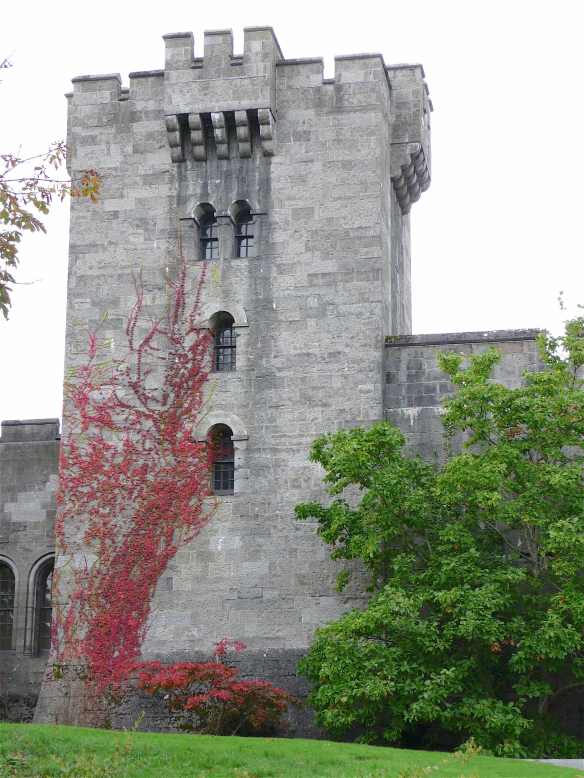 After exploring the gorgeous restored interior, we strolled through the grounds. 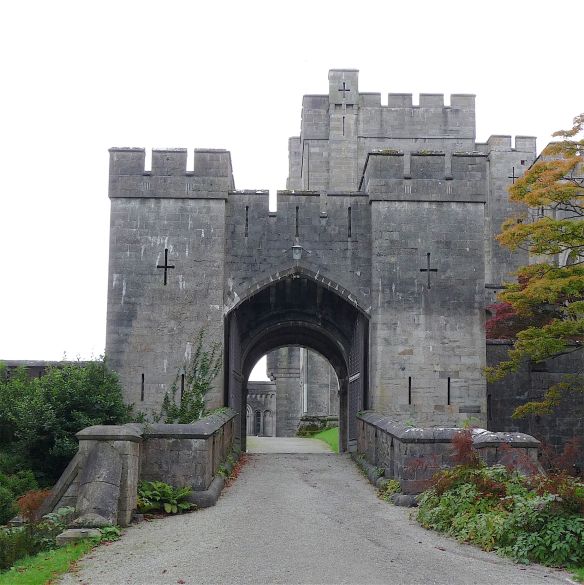 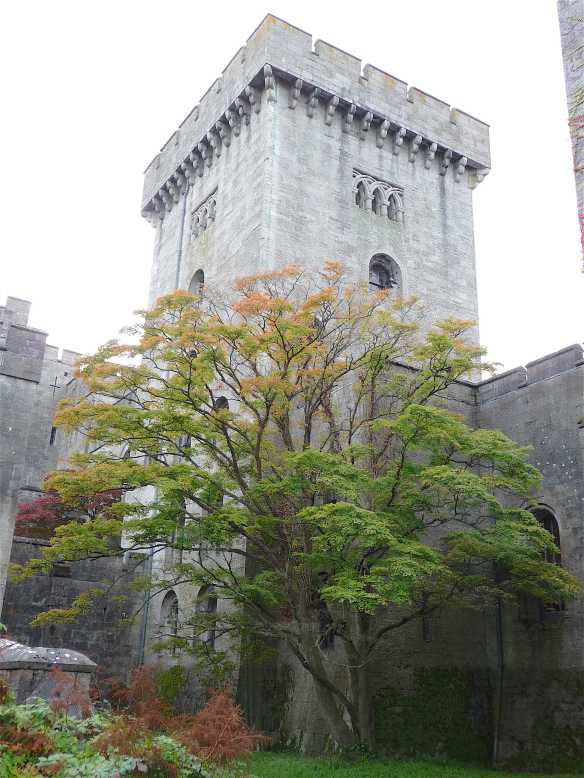 The countryside was breathtaking, with views across Snowdonia National Park 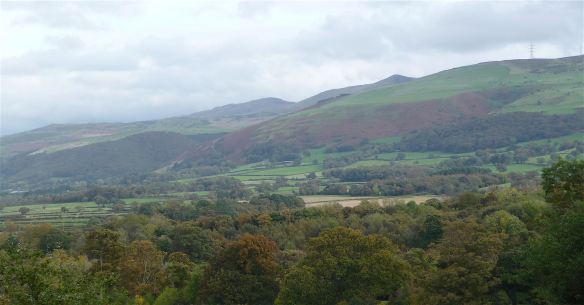 and north to Llandudno and the Great Orme.

Whether you love or loathe the idea of a mock castle, you can’t help but be impressed by the workmanship.