Having completed the extension with the second bathroom, we were excited to start renovating the main bathroom and laundry. The bath and shower were made to accommodate vertically challenged individuals and the ugly window and lino had to go.

The tiles proved a bit difficult to remove

but perseverance paid off.

The more we demolished, the more shonky workmanship was revealed. 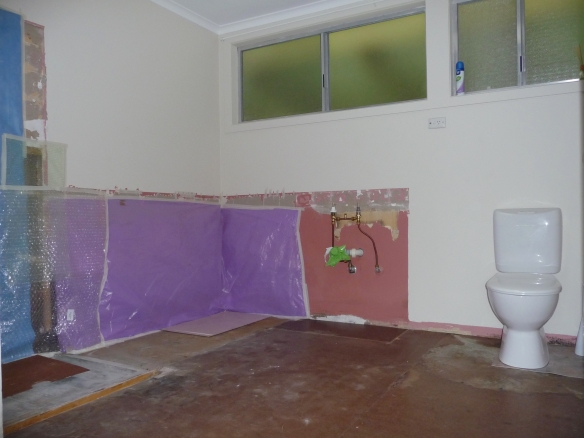 The laundry became a blank canvas once the lino was removed.

The new window and floor in the bathroom

were soon followed by internal walls and the bath.

The laundry was progressing at the same time

and the laying of tiles hinted that the end was nigh. 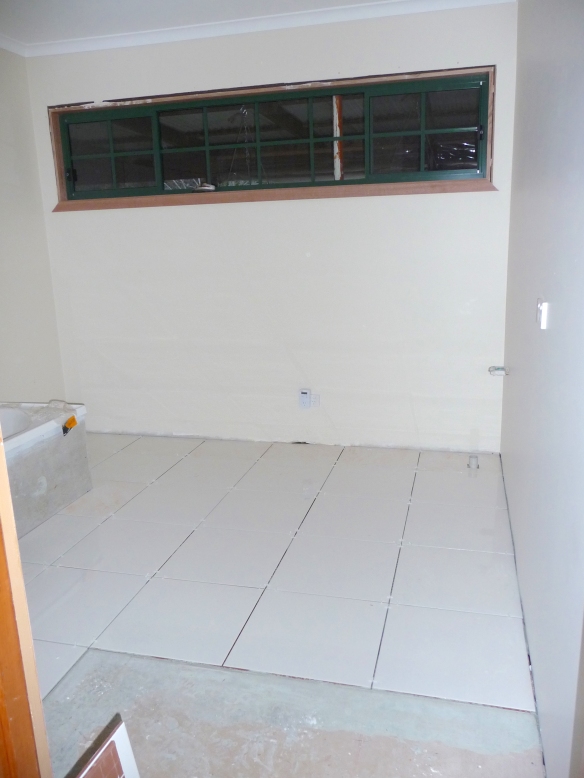 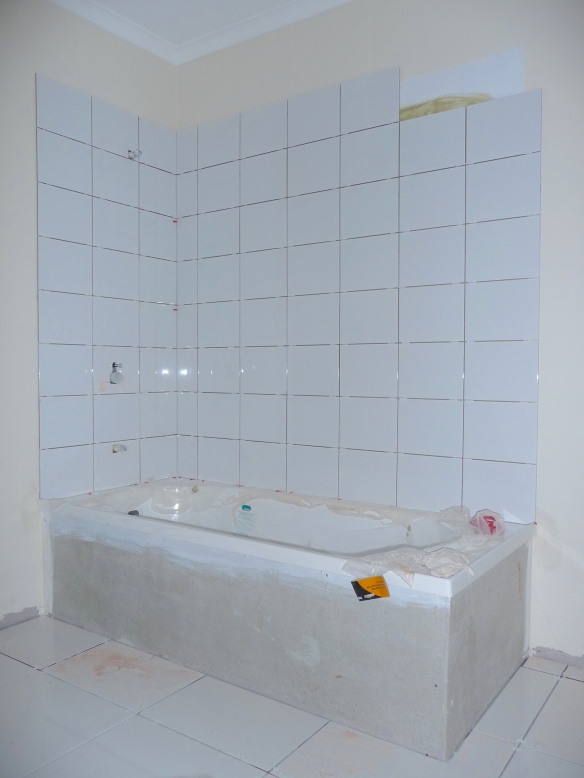 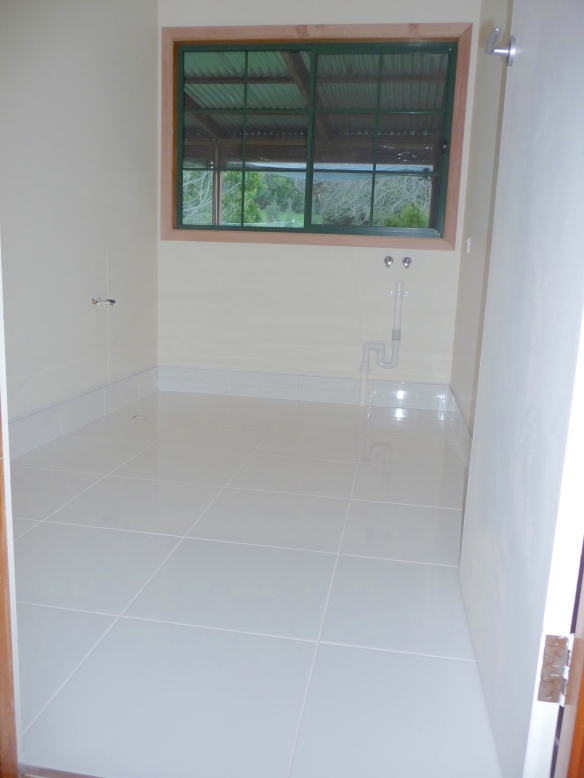 We inherited an old Blackwood vanity unit that had been abandoned in the garage of a house bought by a friend. We were sure we could use it somewhere.

A local joiner restored the timber, created a new top and replaced the cupboard inserts with reclaimed mini-orb. With a new ceramic sink and some knobs I found on the internet, the old vanity was given a new life. A floor to ceiling corner cupboard completed the picture. 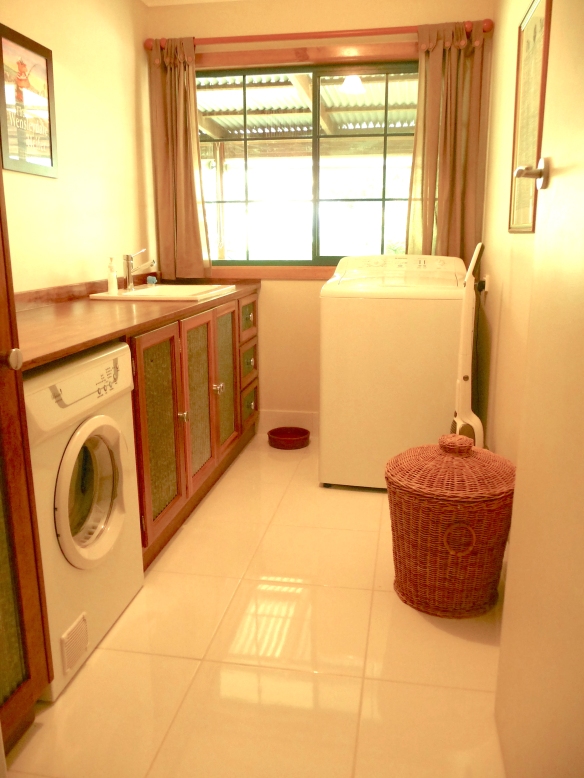 We wanted a rustic solid timber vanity unit for the bathroom which we soon realised we weren’t going to find in a shop. We bought a sturdy Blackwood slab and our joiner created a unique masterpiece. 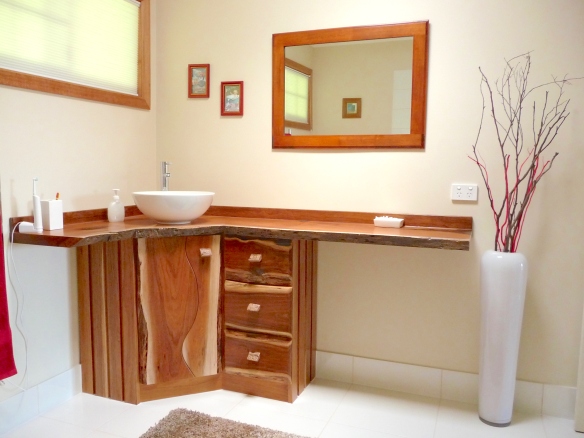 Our beautiful new bathroom was complete.