While in Perth, I spent a perfect pre-spring day with a very special friend. We first met thirty years ago when we worked together and hadn’t seen each other for seven years. The wonderful thing about lasting friendships is the years just slip away when you are together again. After a morning coffee and shopping in the city, we indulged in a superb lunch at Zafferano, overlooking the beautiful Swan River. http://zafferano.com.au  Replete and relaxed, we could have stayed all afternoon but some exercise was required to ease the conscience. We made our way to Elizabeth Quay, a waterfront precinct created between the city and the Swan River. Officially opened in January 2016, public opinion was divided on the $440 million development. Making our way from the car park, our first vision was the eight-story high sculpture, Spanda, designed by WA artist Christian de Vietri. Spanda is a Sanskrit word that means ‘divine vibration’ and the artwork represents ripples or orbits, connecting to the ripple design of the pavement. Some have unkindly named it the Big Paperclip.

At the river end of the 2.7ha inlet, a 20m high suspension bridge connects the western promenade to an island, which then leads to the eastern promenade and back to ‘The Landing’ (and Spanda).

The ferry terminal incorporates another interesting work of art. The Blue Waves depict the motion of the wind billowing around the sky coloured canopy. 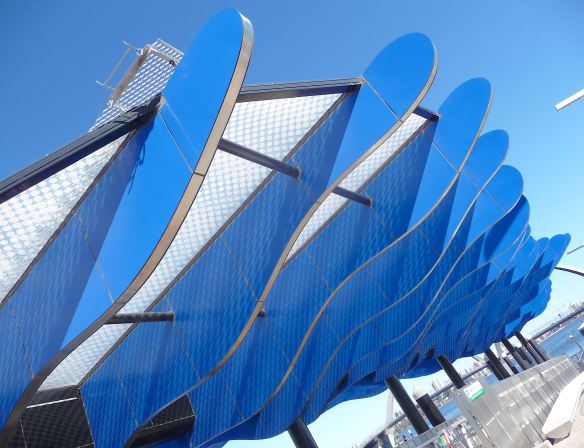 A little further on, at the end of the quay, a 5m tall cast aluminium bird in a boat glistened in the sun. ‘First Contact’ was created by indigenous artist Laurel Nannup and was inspired by the local Noongar When the first European settlers arrived in Perth, the local Noongar people’s first visions of the European settlers. From a distance, the sailing ships looked like floating birds bearing the spirits of their ancestors. 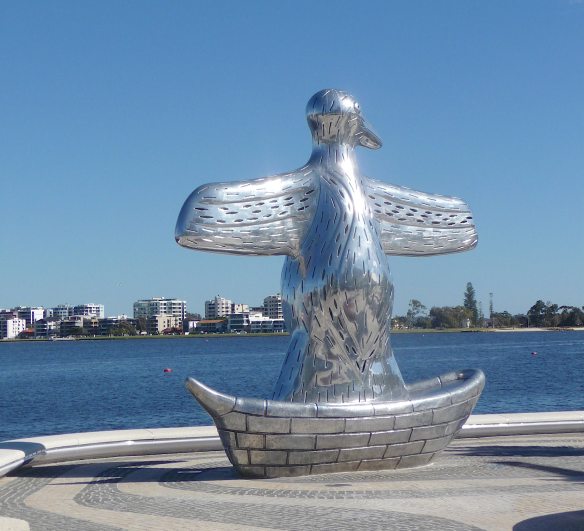 The design of the suspension bridge is even more impressive close up. 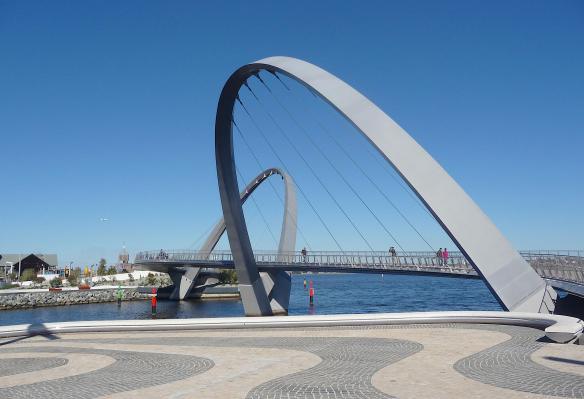 Crossing the 110m to the island, the views of the Swan River

and the city of Perth were stunning. 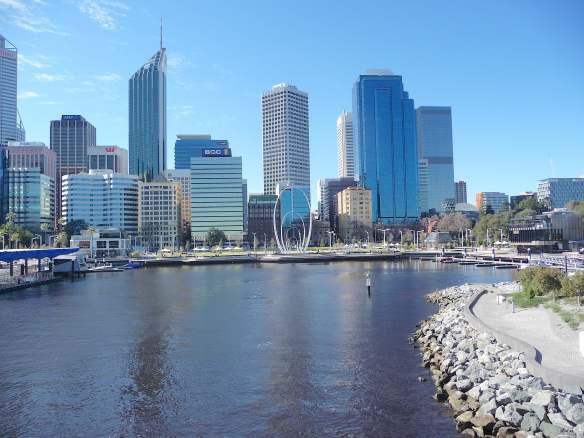 The glass spire of the Bell Tower was built in 1999, long before the conception of Elizabeth Quay. There are 18 bells altogether, the largest 12 are from the church of St Martins-in-the-Fields in Trafalgar Square, London. Quite an interesting story. In the early 1980s, St Martins planned to melt down and recast the ancient bells. A Perth businessman, who also happened to be a bell ringer, found out about the plan and campaigned to bring the bells to WA. After much negotiation, St Martins were given enough copper and tin to cast new bells in exchange for the old ones, which arrives in Perth in the late 1980s. After refurbishment and the creation of six new ones to complete the set, there was no tower big enough to house the nine tonnes of bells. After ten years in storage, the tower was built as part of Perth’s millennium project. Unfortunately, the 30m high copper sails enveloping the bell chamber are now dwarfed by new construction. With three levels of dining and a rooftop bar, The Reveley has prime position when those bells start ringing.

We returned to our starting point 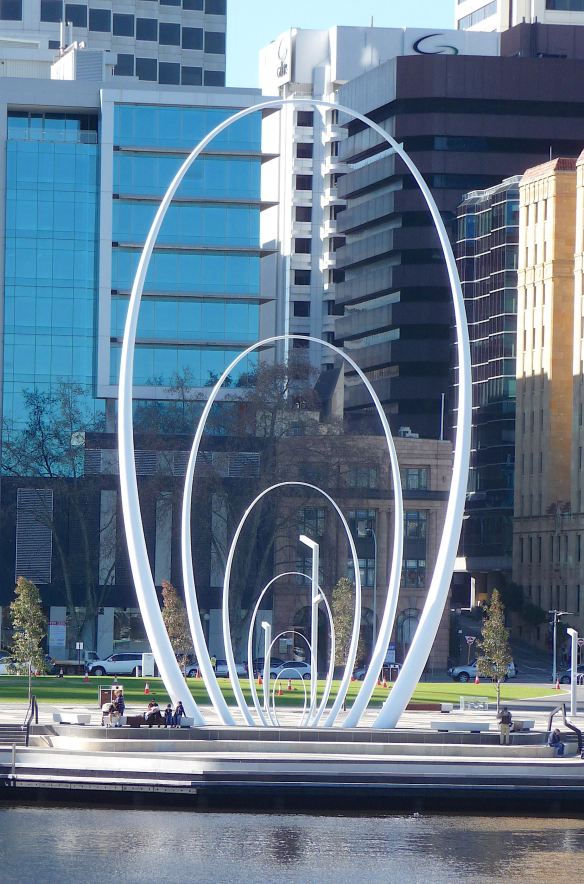 with one more mission in mind. What better way to end the day than a handcrafted gelato? Using traditional techniques learned in the Italian town of Bologna, everything is made from scratch in small batches. It was the best gelato I have ever had.

Thank you, Hilary, for a fabulous day and wonderful memories. I hope it isn’t another seven years before we meet again.