The house we have now is quite different from the one we bought six and a half years ago. The transformation has been gradual and we’ve had a lot of fun along the way. The first thing to go was the lino (why cover polished Tasmanian Oak flooring with lino?) and the pink walls

The eastern end of the house had a large decked area that we would never use as we had plenty of other outdoor areas. 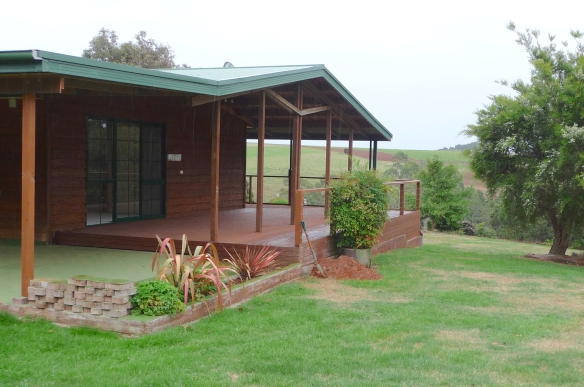 We thought an office and second bathroom would be a much better option. The framework soon went up 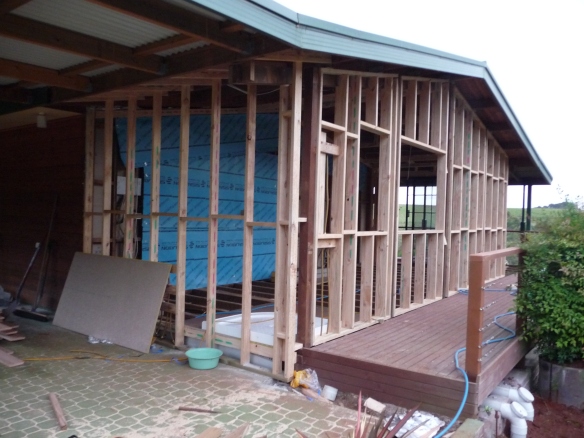 and it wasn’t long before the plumbing was in.

and the sliding door was relocated to the front of the house.

Everyday was a surprise as the inside began to take shape. 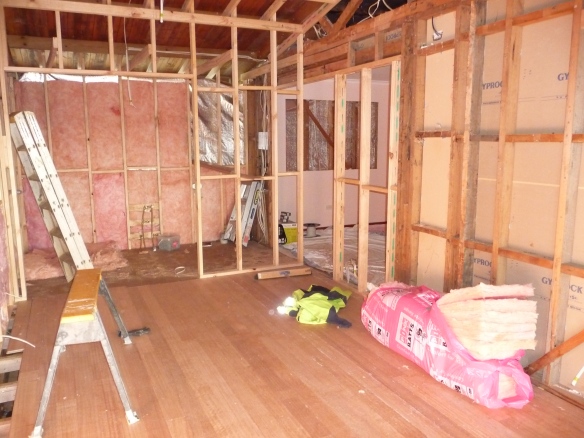 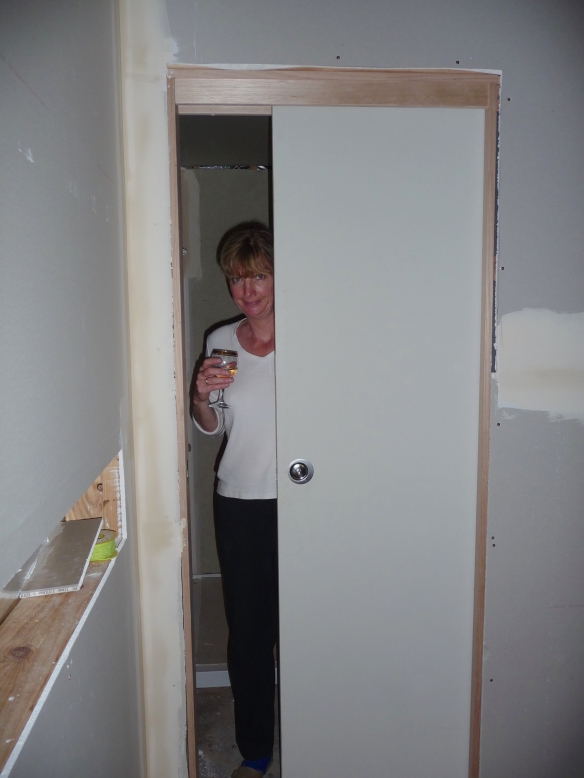 The decking had to be cunningly re-laid.

While the cedar cladding was fixed to the outside 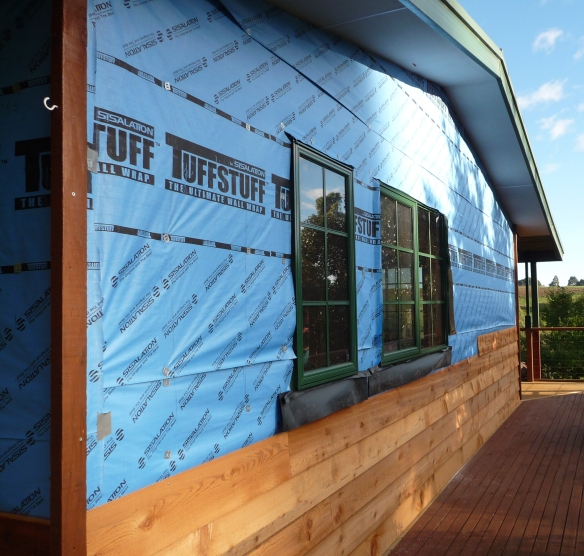 the tiling was underway in the bathroom 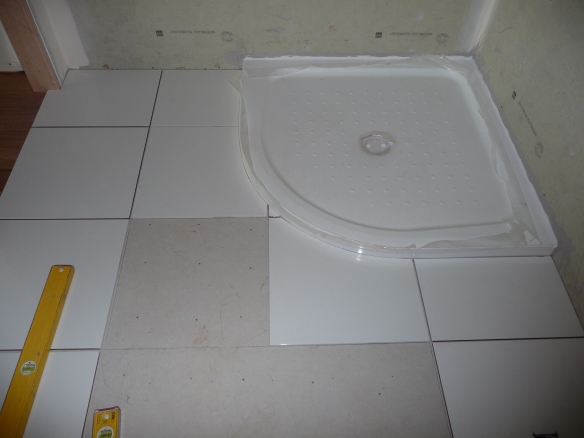 followed closely by the shower installation.

Once the builders had finished, the painters added the finishing touches. 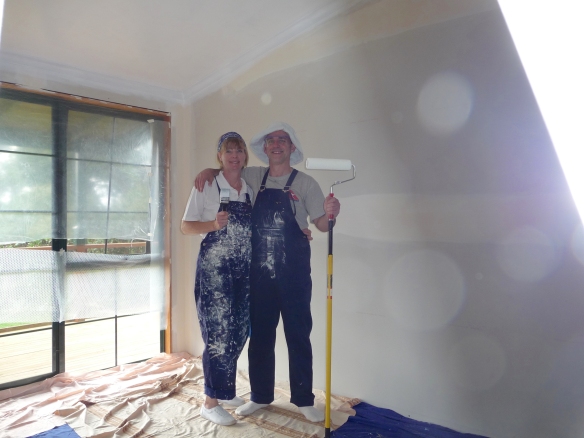 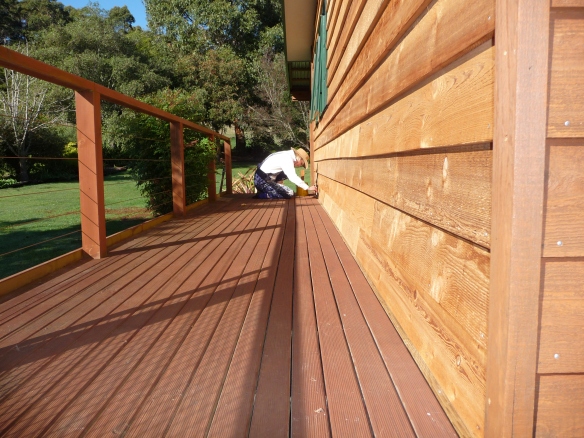 The end result was exactly as we had envisaged. 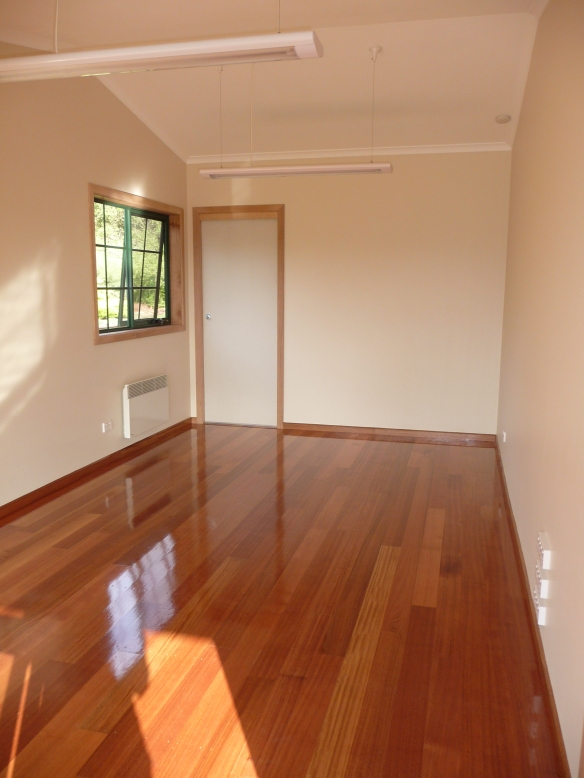 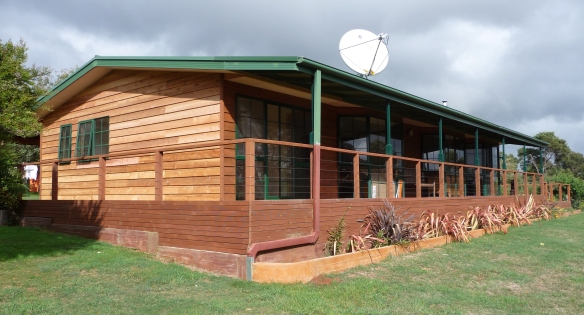