On our way to Bolsena for a lakeside lunch, we stopped to explore the town of Grotte di Castro. The Etruscans lived here quite happily, even after the Romans conquered in the 3rd century BC. That all changed when the Lombards invaded in the 8th century and the inhabitants, deprived of all their possessions, were forced to live in the many caves around the cliffs. Fast forward to 1537 when the town was bought by the Farnese family and became part of the Duchy of Castro. Hence the name, meaning Caves of Castro. We parked on the outskirts and wandered along Via Vittorio Veneto 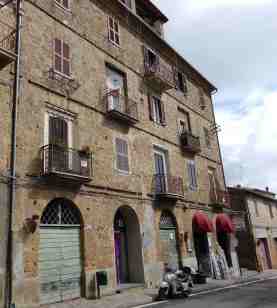 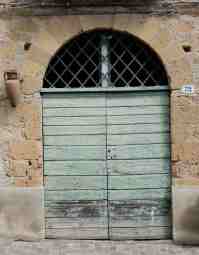 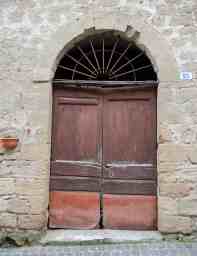 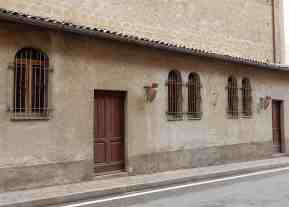 to the main square, Piazza Cavour. The colourful buildings added some brightness to the overcast day and the war memorial stands proudly as a centrepiece.

We caught glimpses of Lake Bolsena between the houses,

some of which must have magnificent views.

This is the best way to traverse the narrow, cobbled streets.

We continued on foot through the older part of town 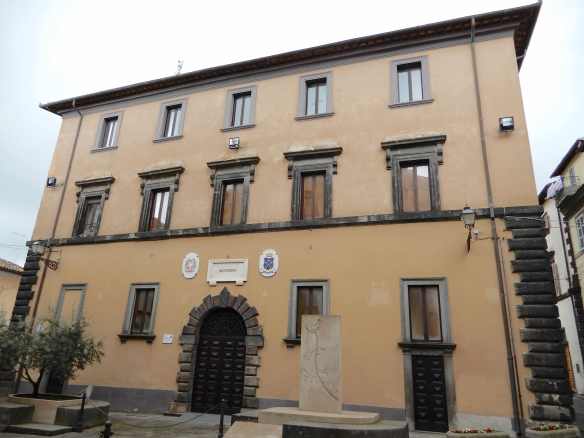 before returning to the car for the short drive to Bolsena. 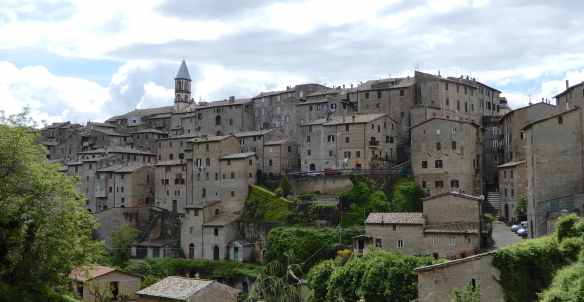 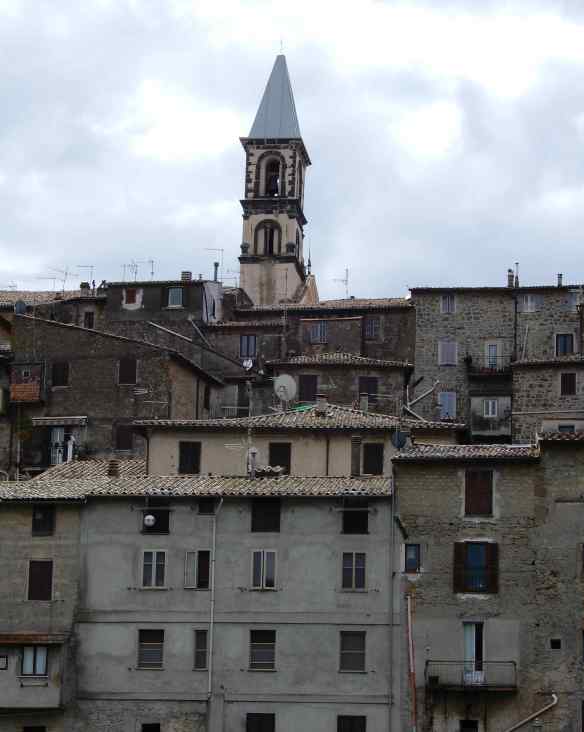 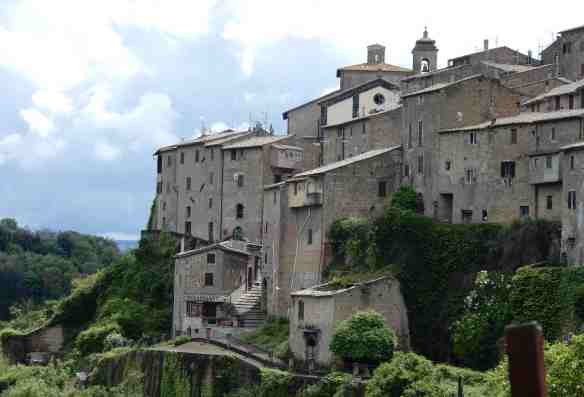 along with another enticing scene of Lake Bolsena.