Leaving Bundoran early on a crisp, autumn morning, we continued our drive through County Donegal heading southwest through County Mayo toward Galway. The journey was broken by the necessity to stop and take photographs of the beautiful scenery. Solitary stone ruins scattered the countryside

and gentle waterfalls tumbled a tune. 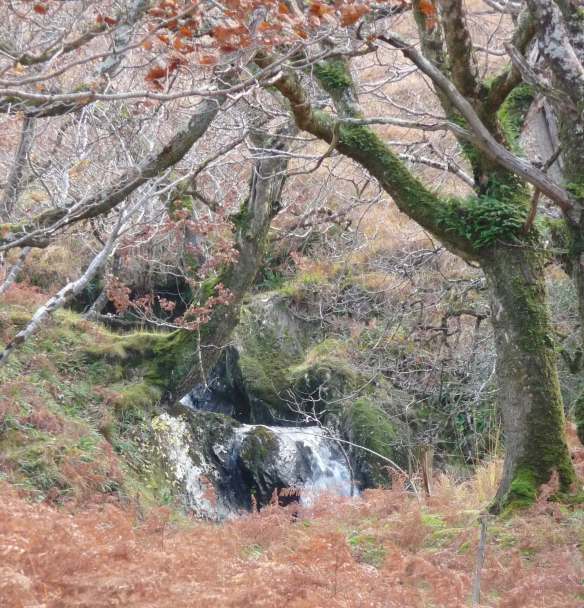 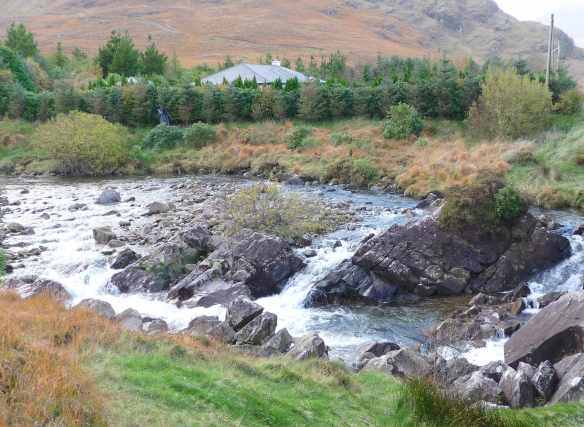 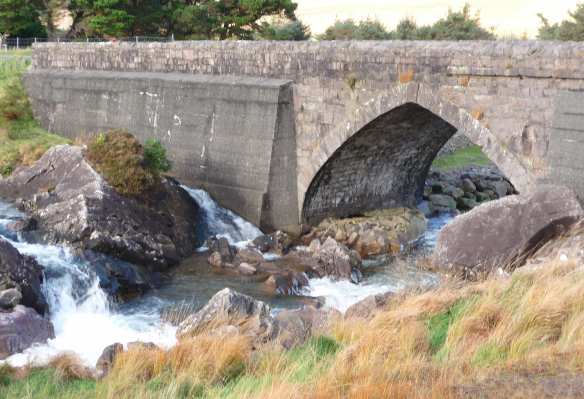 Shafts of sunlight shone briefly on the mountains before retreating once again behind the clouds. 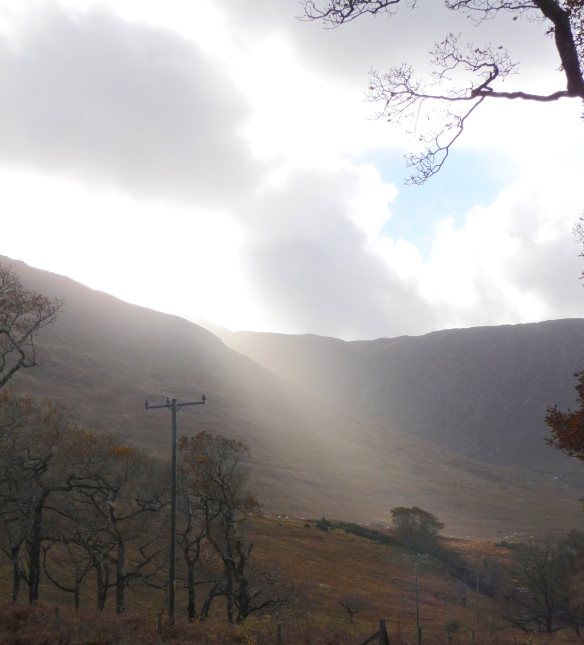 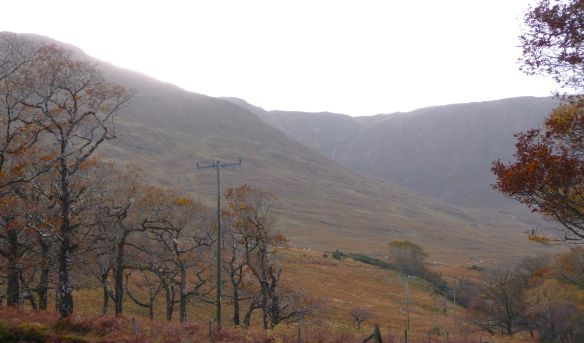 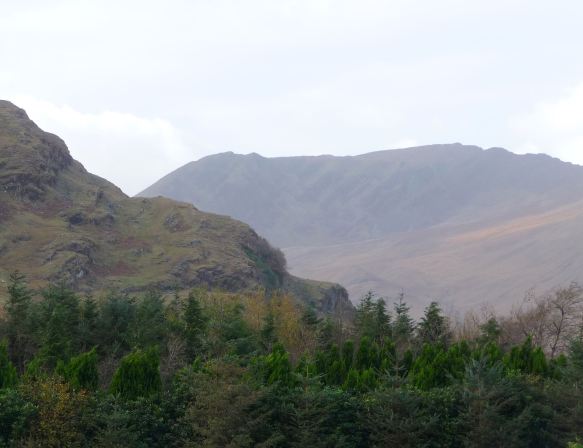 As the landscape changed, gentle streams meandered through farmland 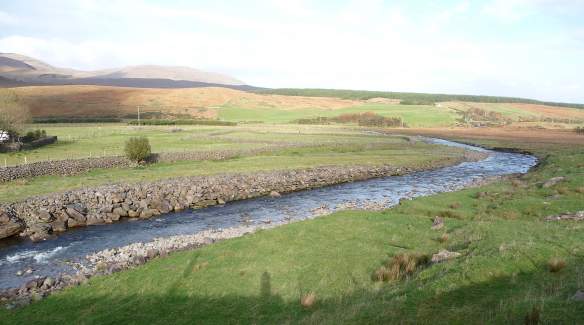 and  flowed calmly under stone arches. 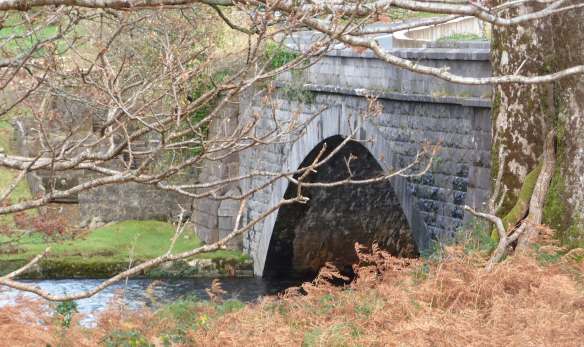 Despite our distractions, we reached Connemara in good time, this old caravan by the side of the road presented a subliminal suggestion. 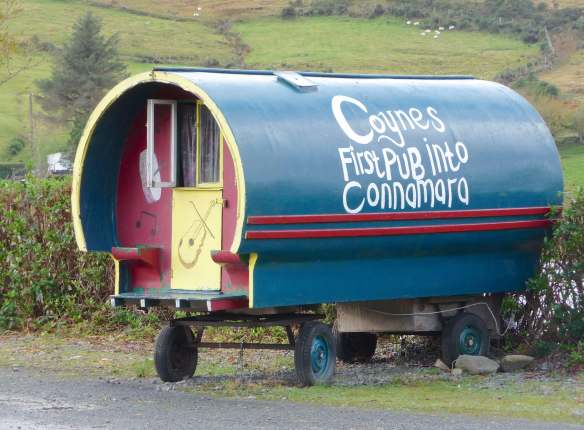 We arrived in Leenane in time for lunch, a peaceful village at the head of Killary Harbour. Extending 16km toward the sea, Killary Harbour is the most westerly fjord in Europe, majestic mountains rising on either side make for a spectacular panorama. 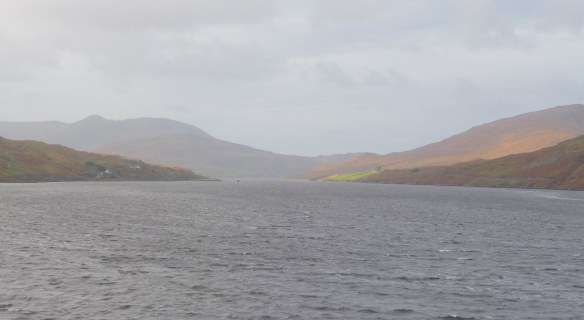 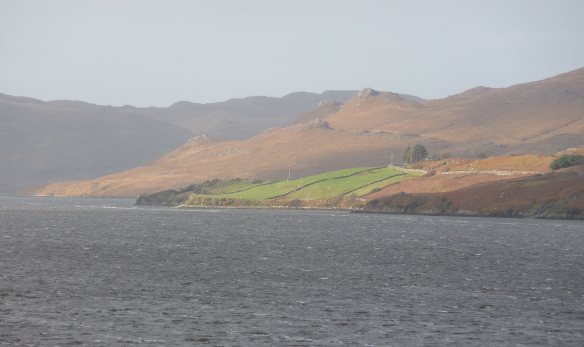 The cemetery has prime position. 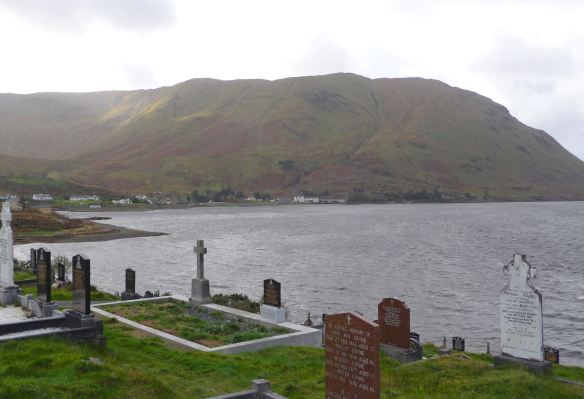 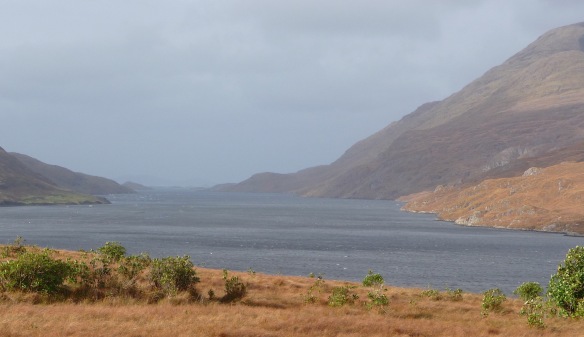 and a breathtaking view of Mweelrea, the highest mountain in Connacht and County Mayo.

We were looking forward to exploring Connemara, a region in west Galway known for its National Park, stunning coastline and fishing villages. Our intention was to drive to Clifden on the far west side of Connemara and continue the loop back to Galway. Unfortunately, we hadn’t gone far before a police roadblock informed us the road was closed due to an accident. Taking a detour, we came across a pub in the middle of nowhere and sought to assuage our disappointment with a tasty beverage. Entering the establishment, we were greeted with indifference by the three men at the bar who had seemingly already partaken of the amber liquid. The barman disappeared, presumably to prepare for customers. We waited at the bar, then took a seat at a table while the three aforementioned persons spoke to each other in Gaelic and furnished us with less than friendly stares. We were a bit slow on the uptake but, when the barman failed to return, we beat a hasty retreat and, without looking back, made a beeline for Galway. For those of you who have read of our disgruntlement with Holly, our satnav, here is evidence. She is unable to comprehend that we are already on a road! 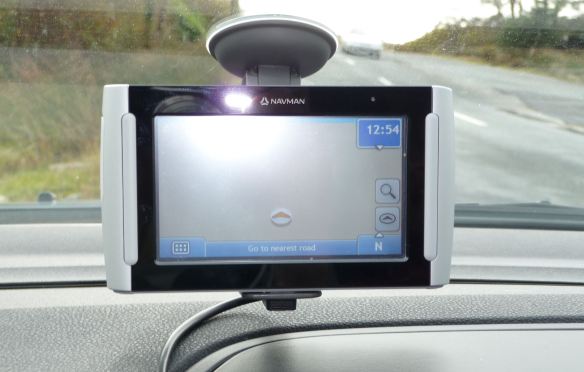