Through the cold, damp haze of August, the first promise of spring starts to appear across the landscape. The expanse of green in the forest turns a lovely shade of yellow as the wattle trees flower. With over 1,000 species of Acacia worldwide, around 950 are native to Australia. We mainly have two species on our property, both are endemic to eastern Australia. Acacia melanoxylon grows to 40 metres in Tasmania, twice the height if its mainland siblings, and can live over 100 years. The Tasmanian blackwood is a beautiful tree and we are surrounded by them. 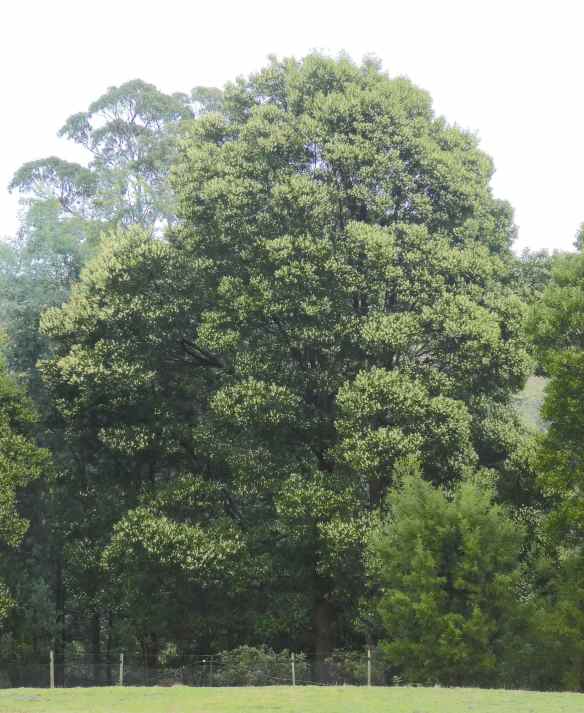 The timber, with its variable colours and grains, is sought after for furniture making. The Aborigines used a hot infusion of roasted bark to bathe rheumatic joints. The same potion was used to stun fish to make them easier to catch. The creamy yellow flowers have a fluffy appearance and grow in clusters. 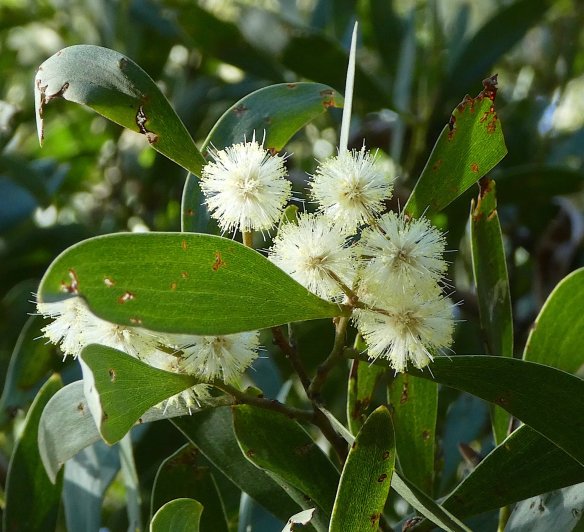 Our morning walks with Poppy look quite different when the wattles are flowering. 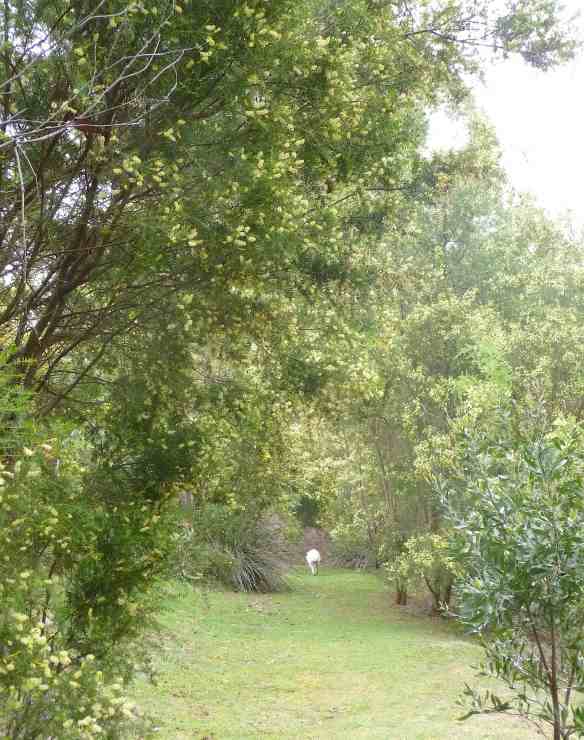 Acacia verticillata is my favourite. Prickly Moses doesn’t actually have thorns but the small, flattened leaf stalks are prickly. 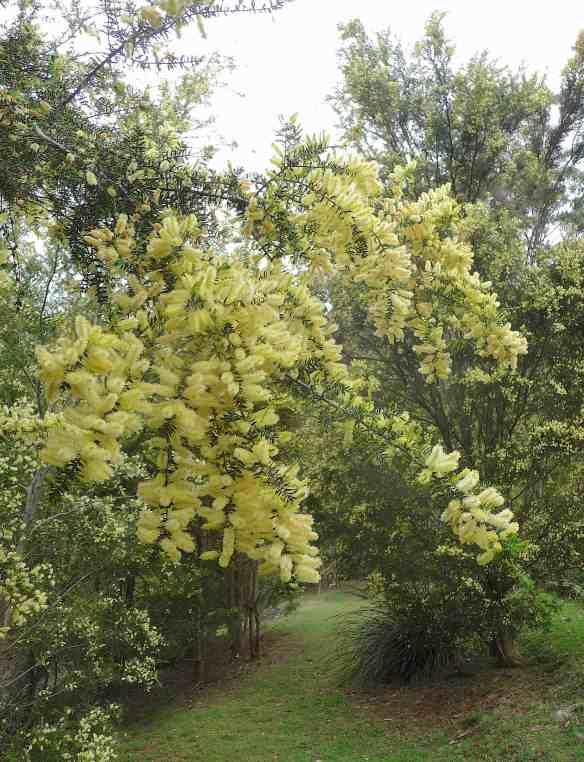 The flowers are quite different to the blackwood, a brighter yellow and cylindrical in shape. 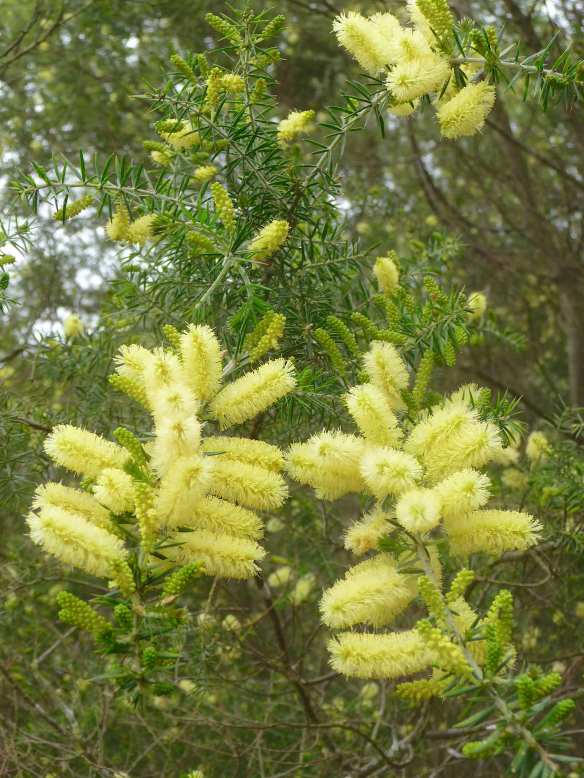 The dense, prickly foliage offers a safe home for little critters like bandicoots and birds. 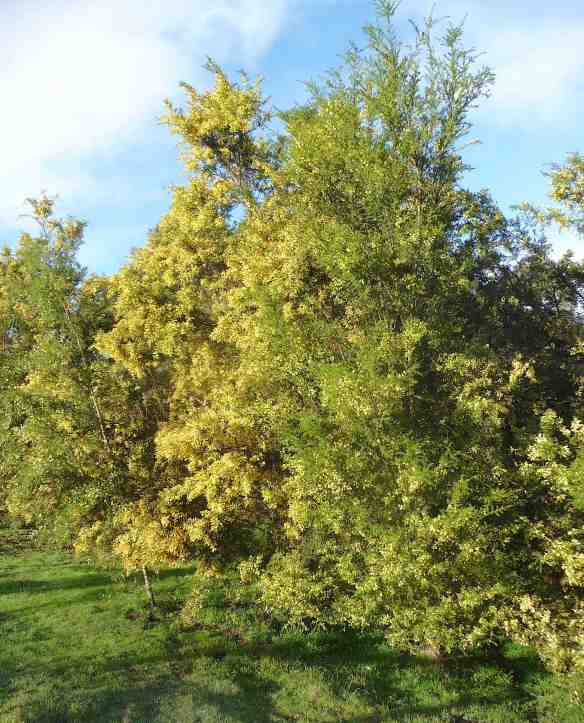 I have seen Acacia mucronata, or Narrow-leaved wattle, in the conservation area adjoining our property. It has creamy yellow cylindrical flowers and, not surprisingly, narrow leaves. 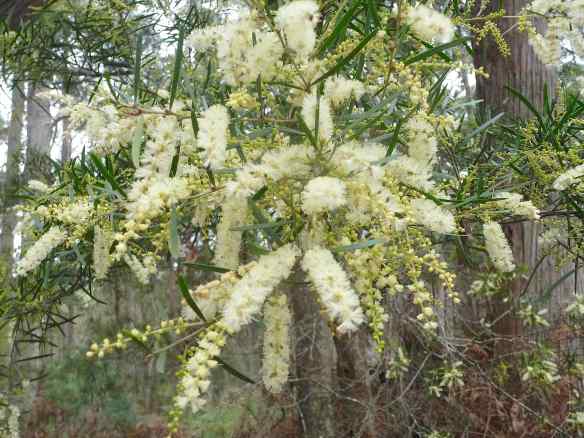 I’ve often wondered why Acacias are called wattles. Apparently, it comes from the term, “wattle & daub”, a technique used by the early British settlers for building their huts. The branches were used to make the framework which were then daubed with mud (and perhaps a few cow pats). The Acacias were used mostly and so, they became known as wattles.