While travelling with my sister when she was here on holiday, we followed the Channel Highway south from Hobart. The day was overcast and calm and we felt a contented peace as we meandered through the drizzle. We pulled over at Gordon, not realising the Foreshore Reserve is usually a popular camping spot.

The boatshed and ramp were deserted and, apart from a couple of brave souls, there was no-one in sight.

The subdued beauty of the D’Entrecasteaux Channel and Bruny Island beyond was breathtaking. 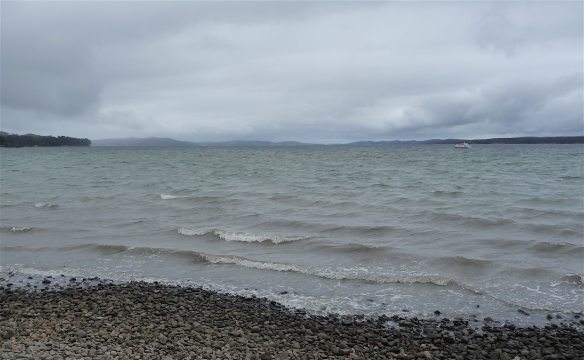 The channel and island were named after Rear-Admiral Bruni D’Entrecasteaux who discovered them in 1792 while searching for missing fellow explorer, Jean François La Pérouse (he was never found). 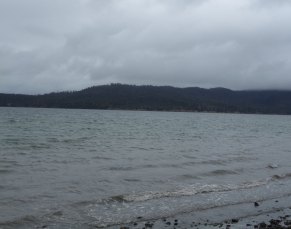 We were mesmerised by the ethereal silence that cocooned us

and reluctantly, we continued on our journey.